Blue, a 16-month-old German shepherd/ Belgian malinois mix, is a general patrol dog trained in tracking and to detect controlled drugs and substances, firearms and ammunition. Born in Hungary, his handler is Cst. Matt Volaric.

Blue replaces Arrow, who was retired this week after eight years of service. Arrow’s quick replacement keeps the total number of HRPS dogs in service at six.

The name was chosen by the family of Det. Cst. Mike Tidball, who passed away suddenly in January, 2021.

Tidball was an active and long-time member of Emergency Services as a Crisis Negotiator. He was present for many high priority incidents and was an integral part of numerous peaceful resolutions to these incidents. 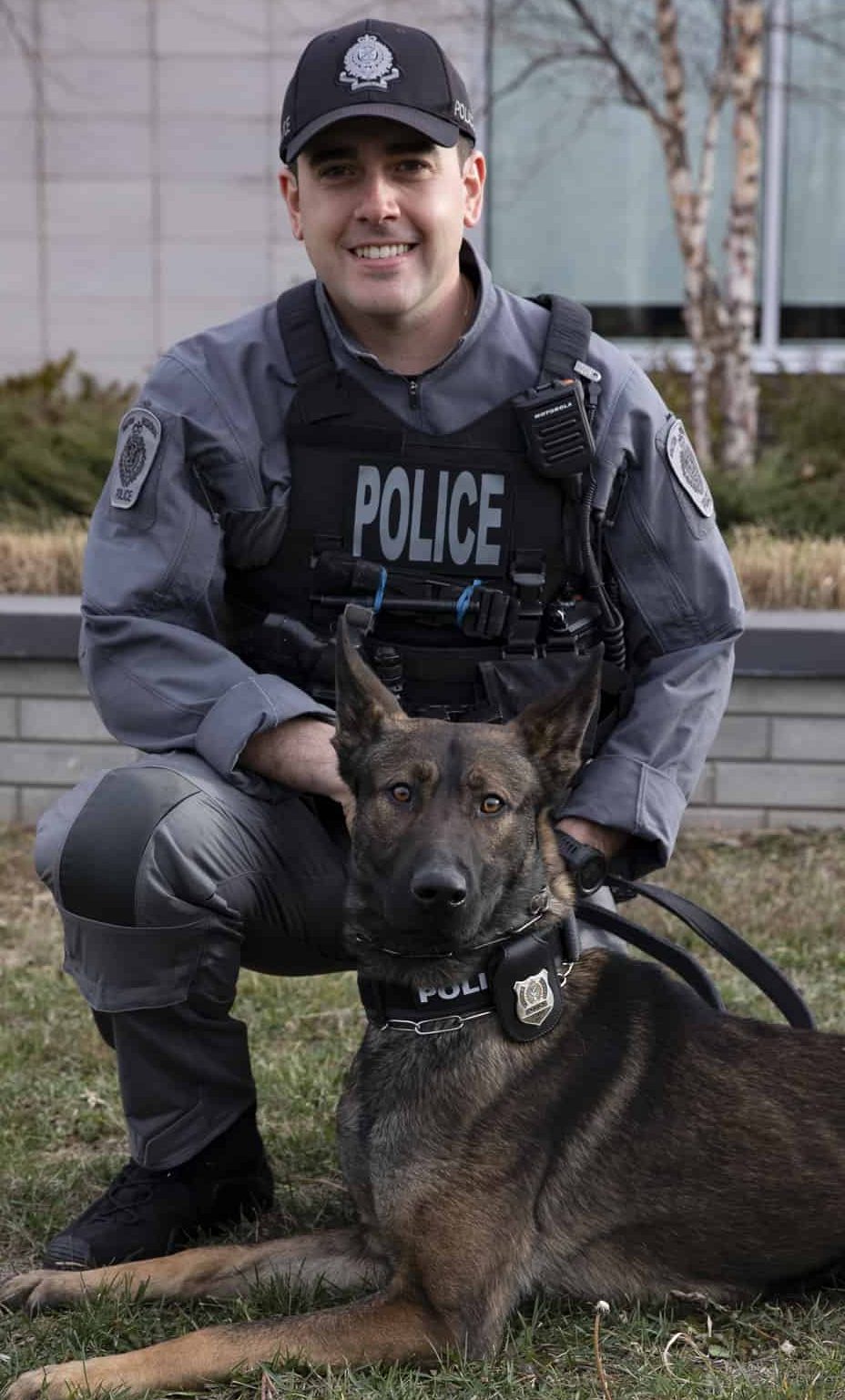