Ever wanted to own a jet airplane? Fuselage of Boeing 737 for sale at Oshawa Airport 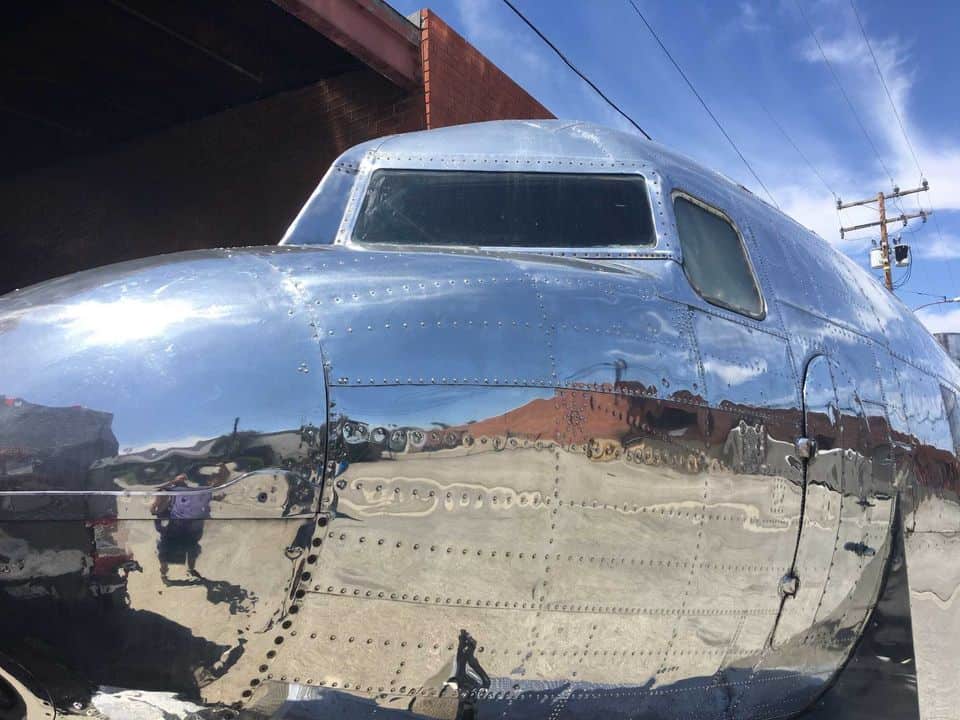 The market may be limited to the movie industry but if you are interested in owning a 737 jet airplane – or at least part of one – this could be your lucky day.

Jeff Jess, who specializes in buying old planes and customizing them for sale (usually to the film sector) has a 1997 Mercedes-Benz Boeing 737 for sale with delivery to the Oshawa Executive Airport expected in about six to eight weeks.

If the $39,800 price tag seems a bit low for a 737, remember that the first paragraph of this story did state it was just part of an airplane. Half of the fuselage, to be exact, and it’s flying days are long gone. 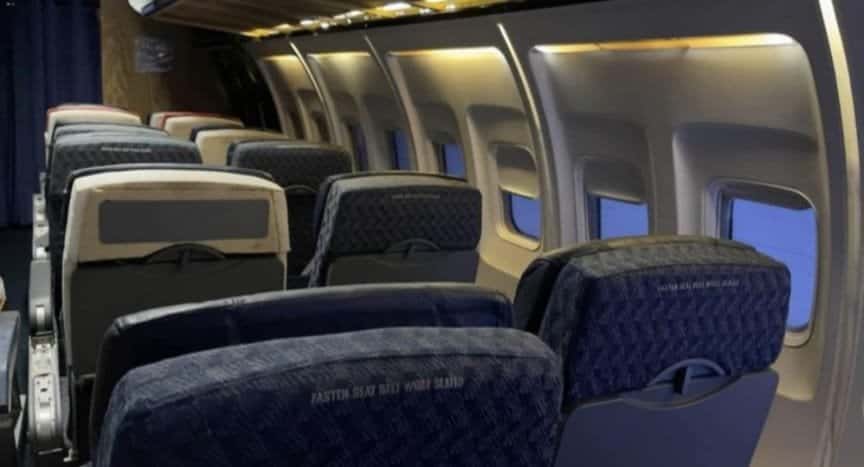 Jess, who lived in Los Angeles for the last 15 years and is in the process of moving back to the Oshawa area, has been going to the Mojave Desert in California – an area known as the ‘Airplane Boneyard’ – to find discarded jets and turn them into something useful.

“We buy old jets and cut them up and make cool stuff with them,” he said, noting that most of his customers are from movie and television production. He has sold three jets in recent years out of the Oshawa Airport, with production house Netflix being one of his buyers. “We’ve done a lot of work up there.”

Most of his projects have involved the smaller Falcon jets but this item now up for sale is the side of a full-size 737, complete with seats and unique furniture such as tables made from old Falcon jet parts. 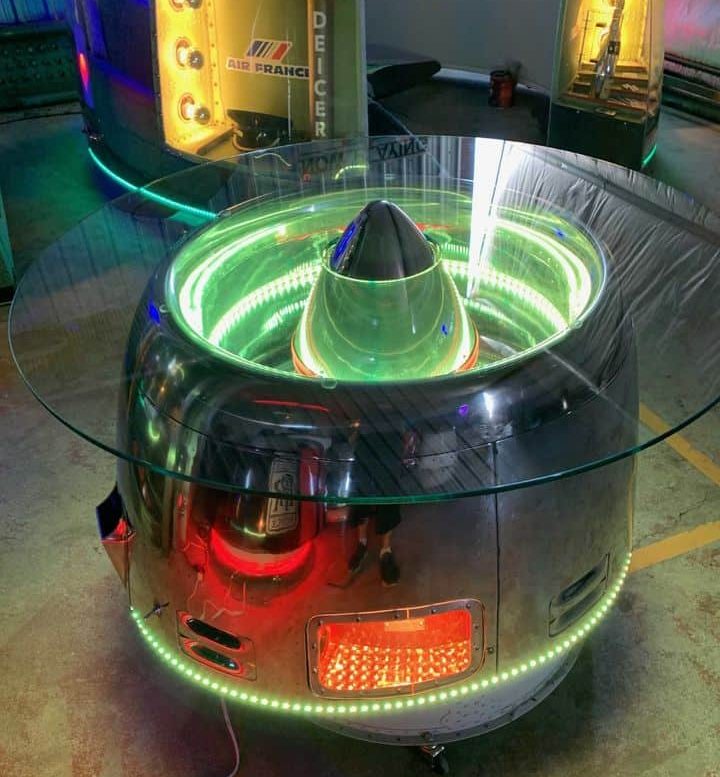 The plane is a tad big to fit in your backyard and very expensive to move, which is why it will likely end up on a movie set somewhere, he added, though he is open to any reasonable offer.

After all, a 747 Jumbo Jet, also rescued from the boneyard in the Mojave, ended up at the famed Burning Man Festival in 2018 after a few entrepreneurs raised $1 million buy the tail-less plane and transport it to the Nevada festival. 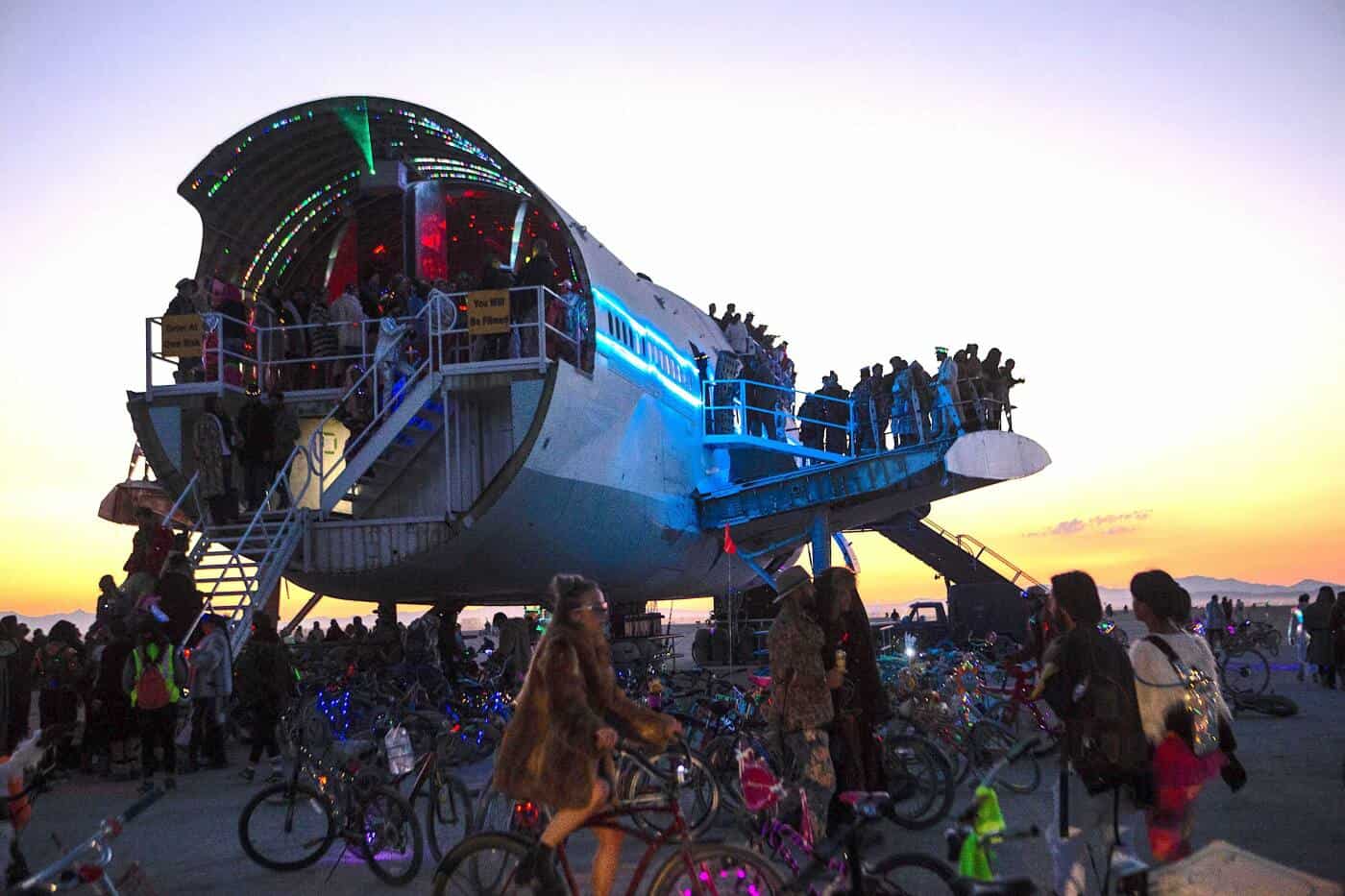 A 747 at the Burning Man Festival

Rare opportunity to own a Boeing 737 aircraft. Perfect for film production, producers, set people. Awesome airplane display for any airport or high-end car dealership, music videos, luxury photo shoots, weddings, or the ultimate mancave. Join the mile high club today! I have extensive unique one of a kind aircraft inventory, parts, furniture, office and home art, etc…. Call the phone number in the last photo or leave your number for me to call… I won’t respond to “Is it available”. IT IS AVAILABLE. Some of my showcased aircraft artwork is in the other photos…Examples of Boeing 747, Boeing 727 and Falcon jet parts are used to create unique one of a kind exquisite decorative furniture suited for lounges, showrooms, dealerships, and homes of those with an appreciation for the craftsmanship and functionality of these restored pieces