Electric GO trains with speeds up to 140 km/h on the way for Mississauga, Brampton, Hamilton and beyond 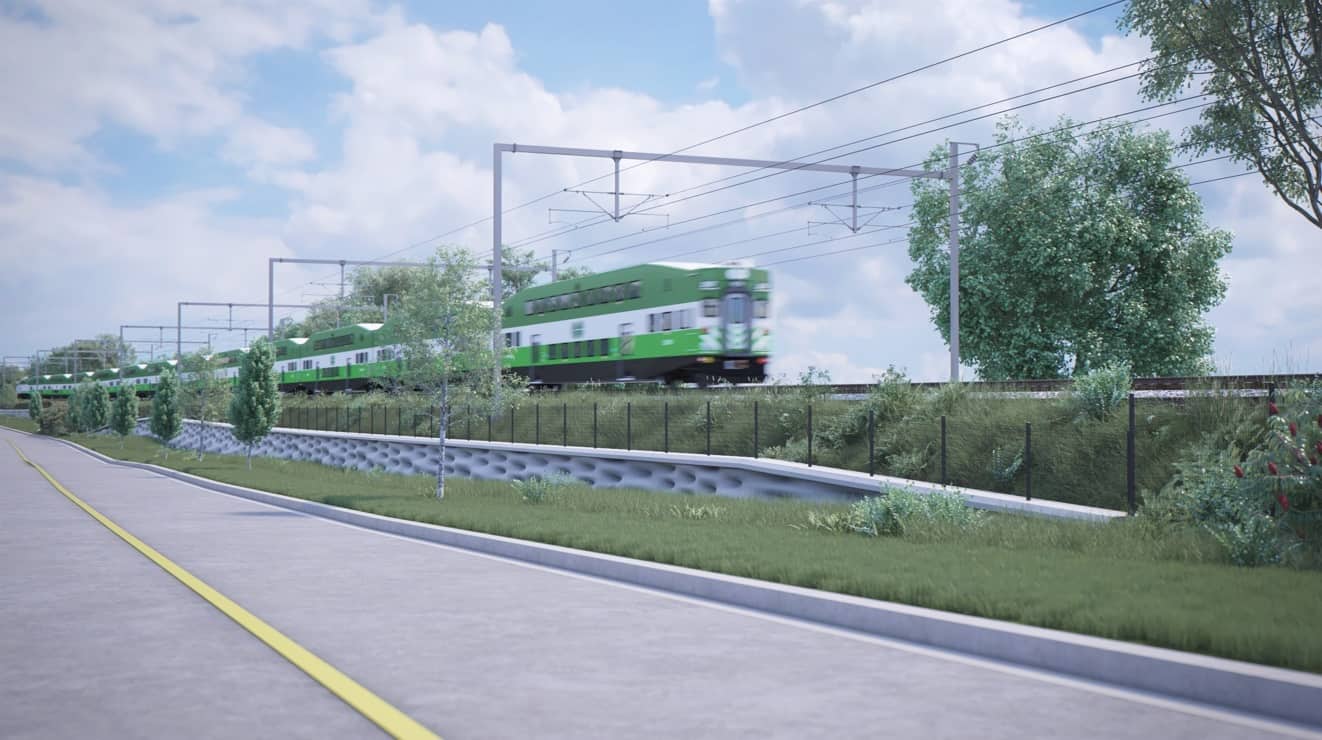 An image of what an electric GO train could look like in the near future. (Image: Metrolinx)

A new fleet of electric GO trains that can reach speeds of 140 km/h is part of a massive transit expansion plan that promises to move people around much easier and more quickly in Mississauga, Brampton, Hamilton and across the Greater Golden Horseshoe.

The Ontario government’s plan to “modernize and transform the GO rail network” and bring more frequent and faster two-way, all-day service to millions of commuters in the huge area around Lake Ontario took a big step forward with today’s (April 19) announcement that the contract for the huge undertaking has been awarded.

The sweeping expansion plan, to be completed by ONxpress Transportation Partners, is also expected to generate thousands of new jobs and create economic opportunities across the region, Ontario transportation ministry officials say.

The project will include adding more than 200 kilometres of new track and electrifying some 600 kilometres more.

Construction is set to begin next year, with the first service upgrades to be launched sometime in 2025 or 2026.

“Transforming the GO rail network and delivering two-way, all-day service will be a game-changer for the people of the Greater Golden Horseshoe,” said Stan Cho, Ontario’s associate minister of transportation, in a news release. “With quicker and more convenient ways to get from Point A to Point B throughout the region, people will thrive with easier access to home, work and recreation.” 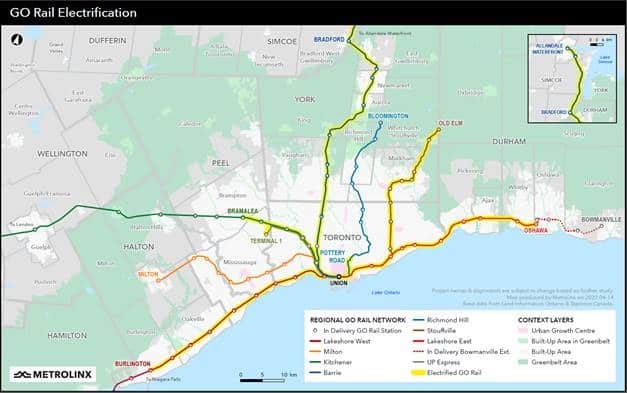 This will include the delivery of overhead electrification, a new electric train fleet, upgraded train control systems and expanded tracks and structures along the corridors to allow for potentially significantly higher frequencies than pre-pandemic service.

The project will also include the operations and maintenance of the GO rail network.

“Building Ontario through critical infrastructure projects like GO Rail Expansion will unlock the potential of the economic engine of our province, the Greater Golden Horseshoe,” said Ontario Transportation Minister Caroline Mulroney in a statement. “To keep up with population growth, our government is making historic investments in transit, roads, bridges and highways.”

GO rail is expected to become one of the busiest railways in North America, with more than 200 million annual riders anticipated by 2055.

Allowing seamless access to new subways, LRTs and municipal transit systems is said to be a key part of the service moving forward.

In first announcing its expansion plans last November, Metrolinx said trains every 15 minutes or sooner, more accessible stations across the map and improvements at Union Station in Toronto are also key components of the ambitious undertaking.