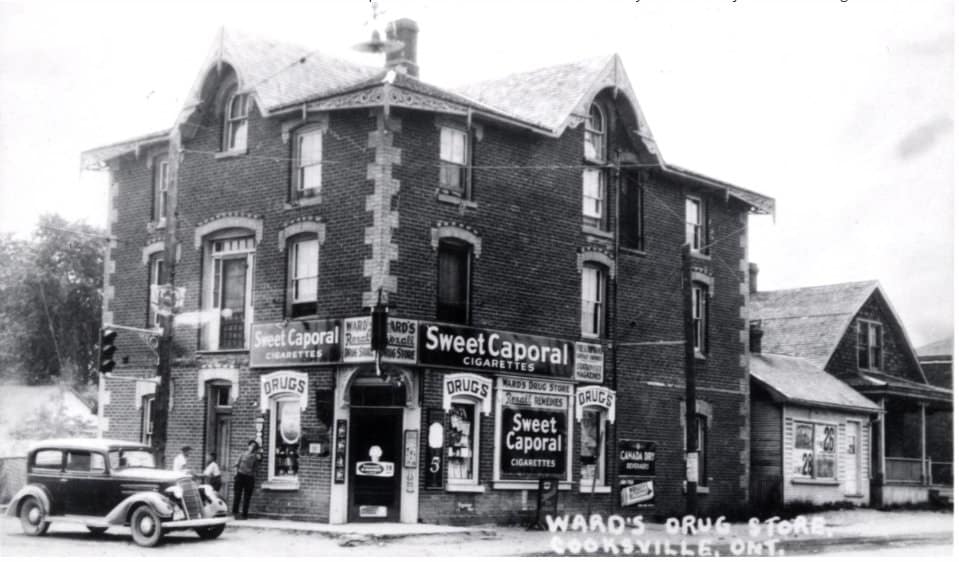 What a difference a century or so makes when looking at a busy intersection in the heart of Mississauga that will serve as a key location along a major light rail transit (LRT) line scheduled to open in late 2024.

Today, where Dundas and Hurontario Sts. meet, you’ll find the Metrolinx community office (3024 Hurontario St.) situated on the northwest corner of the crossroads.

Metrolinx is the provincial agency overseeing the massive transit project that will see the $1.4-billion Hazel McCallion Line open in the fall of next year to take passengers from Port Credit GO station in south Mississauga all the way north to Brampton.

The agency’s community office in the heart of the Cooksville area of Canada’s seventh-largest city serves as a place where people can stop by to get information on the new transit route.

One hundred or so years ago, sometime in the early 20th century, that street address (3024 Hurontario St.) belonged to Ward’s Drug Store, shown in the main photo above.

With its central location, the drug store no doubt served a long list of customers a century ago.

Check out this throwback from the early twentieth century! This historic Cooksville building is located at the modern day address of our community office at 3024 Hurontario St. The area looks slightly different now. 😉

As 2023 begins, project leaders say the Hazel McCallion Line is right on track for its late 2024 opening.

An important and visible part of the LRT is starting to take shape these days near Mississauga’s downtown core.

The elevated guideway that will eventually connect the 18-kilometre LRT route along Hurontario St. to the City Centre stop near Square One is making significant progress, project leaders said in a recent update.

“You may have spotted the guideway piers (the vertical structures that will support the guideway) going up near Hwy. 403 and Rathburn Rd. Now, the structure is starting to take shape,” Metrolinx officials said in a mid-December Twitter post.

The elevated guideway for the future #HazelMcCallion line is making progress! You may have spotted the guideway piers (the vertical structures that will support the guideway) going up near Highway 403 and Rathburn Rd. Now, the structure is starting to take shape. #HuLRT pic.twitter.com/cel6UdEGd6

A City Centre loop that would conveniently connect Hazel McCallion Line trains with the many condos in Mississauga’s downtown core was initially part of the huge transit plan before being cut from the project by the provincial government three years ago.

Plans for the loop were dropped in order to save money.

Mayor Bonnie Crombie, council and other City of Mississauga officials have been fighting for reinstatement of the loop ever since. In fact, Crombie has often identified it as among the very top priorities for the City.

When completed, the 18-kilometre LRT route will move passengers from Port Credit GO station in the south to Brampton in the north, with 19 stops along the way.

It will link to GO stations at Port Credit and Cooksville, the Mississauga Transitway, Square One GO Bus Terminal, Brampton Gateway Terminal, and key MiWay and Brampton Transit routes. 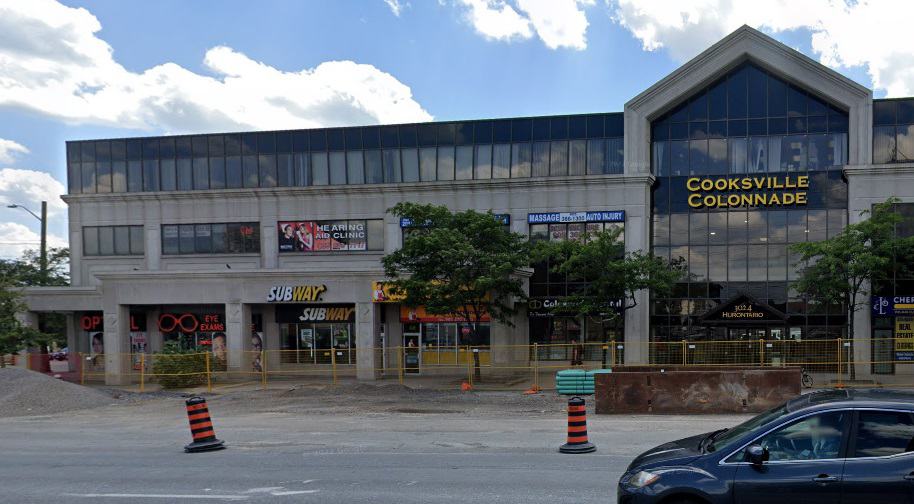 This is what the Dundas St./Hurontario St. area where Ward’s Drug Store stood 100 or so years ago looks like today.