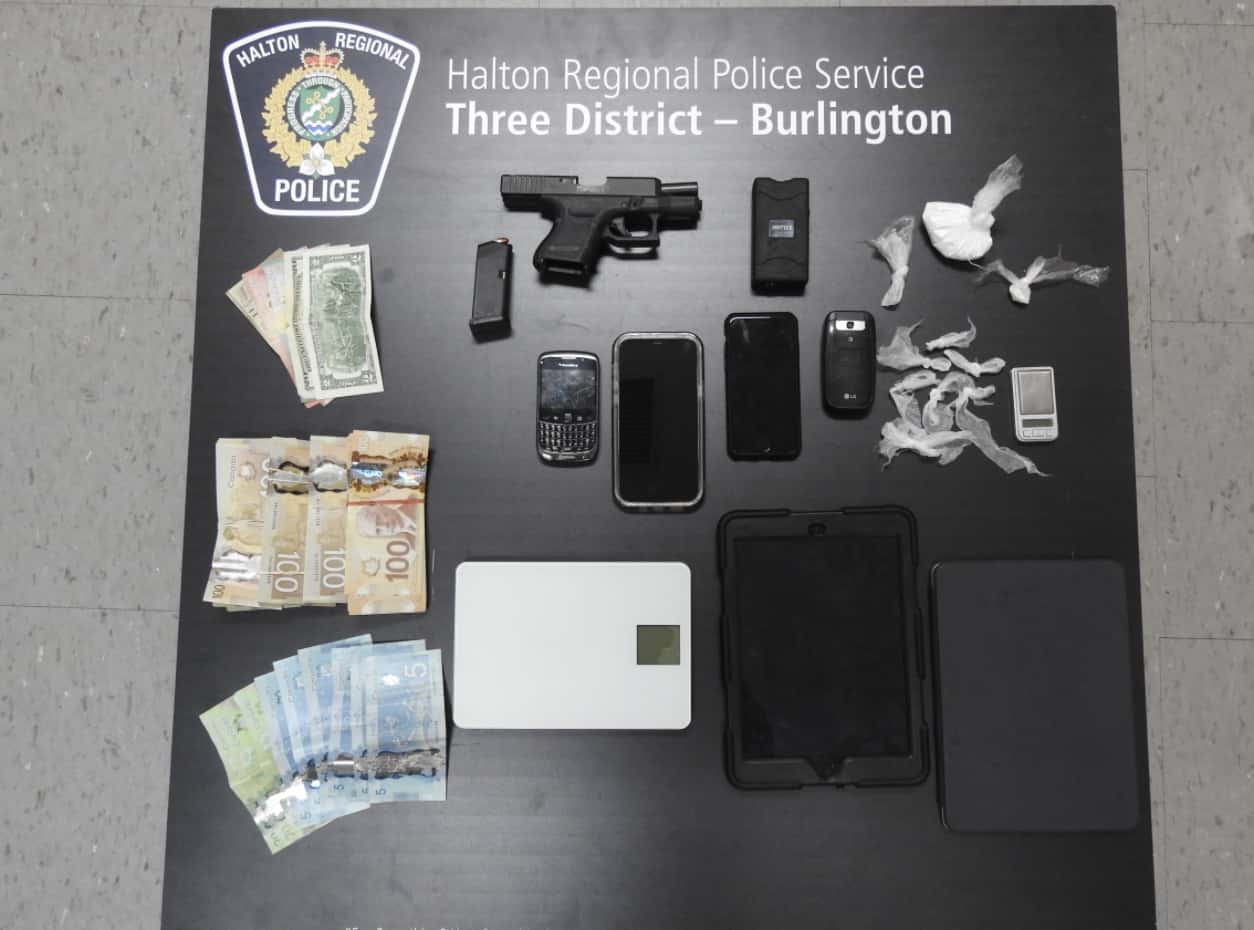 The Halton Regional Police Service (HRPS) by the 3 District (Burlington) Street Crime Unit has seized a firearm as well as laid multiple charges in connection with a month-long drug investigation in Burlington.

Police say on March 3, 2021, 23-year-old Abakar Bechir from Hamilton was arrested at a hotel in Hamilton.

According to police, the following items were seized as a result of the investigation and a search warrant was executed at a residence in Hamilton.

The items seized were a Glock 26 Gen4 handgun, 6 rounds of ammunition in a 10 round capacity magazine, 45 grams of cocaine, approximately $35,000 CAN currency, one stun gun, four cell phones and two digital scales.

Anyone with information regarding this investigation is asked to contact the Detective Scott Heyerman of the 3 District Street Crime Unit at 905-825-4777 ext. 2342.