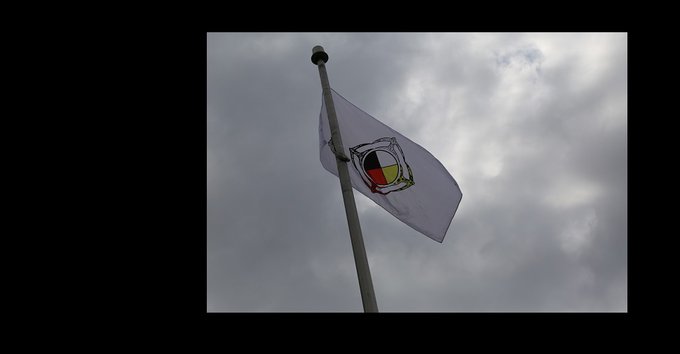 The custom-made medicine wheel flag was raised at Regional Headquarters on June 1 to honour Indigenous History Month. It was raised and then lowered to half-mast in memory of the 215 children whose remains were discovered at the site of the Kamloops Indian Residential School earlier that week.

“Our hearts go out to all of the families that have been impacted by this, and we recognize the importance of the truth being uncovered in order for there to be real reconciliation with Indigenous people across Canada,” DRPS said in a statement.

Throughout the month of June, Canadians recognize and celebrate not only the historic contributions of Indigenous peoples to the development of the nation, but also the strength of present-day Indigenous communities and their promise for the future.

“The DRPS acknowledges that many Indigenous Nations have longstanding relationships, both historic and modern, with the territories upon which our police buildings are located. Today, this area is home to many Indigenous peoples from across Turtle Island (North America).”