THe DRPS Pipes & Drum Band at Bridge of Allan, where they moved up a class and won the Grade 3 Final

The DRPS Pipes and Drums wrapped up a successful trip to bonnie Scotland with a fifth place finish at the World Pipe Band Championship in Glasgow Saturday.

The band, made up of mostly civilians, placed fifth out of 23 competitors in the Grade 4A Final, with competition coming from as far away as Argentina and Australia.

Field Marshal Montgomery Pipe Band were crowned world champions at Glasgow Green, seeing off competition from runners-up Inveraray and District Pipe Band and Scottish Power who finished in third place. More than 40,000 spectators descended on Glasgow Green across two days for the first Worlds since 2019. They watched 146 bands and thousands of pipers and drummers compete over the two days.

The DRPS also played at a number of other piping events during their trip and took home more honours, including second at North Berwick in Grade 4 and 4th in Grade 3; and a massive first place result in the Grade 3 competition – the band is graded 4A – at the Bridge of Allan competition.

The band put out a special thank you to the Pipe Major and Durham Regional Police Constable Mike Lasseter and Lead Drummer Ted Berlinghoff. 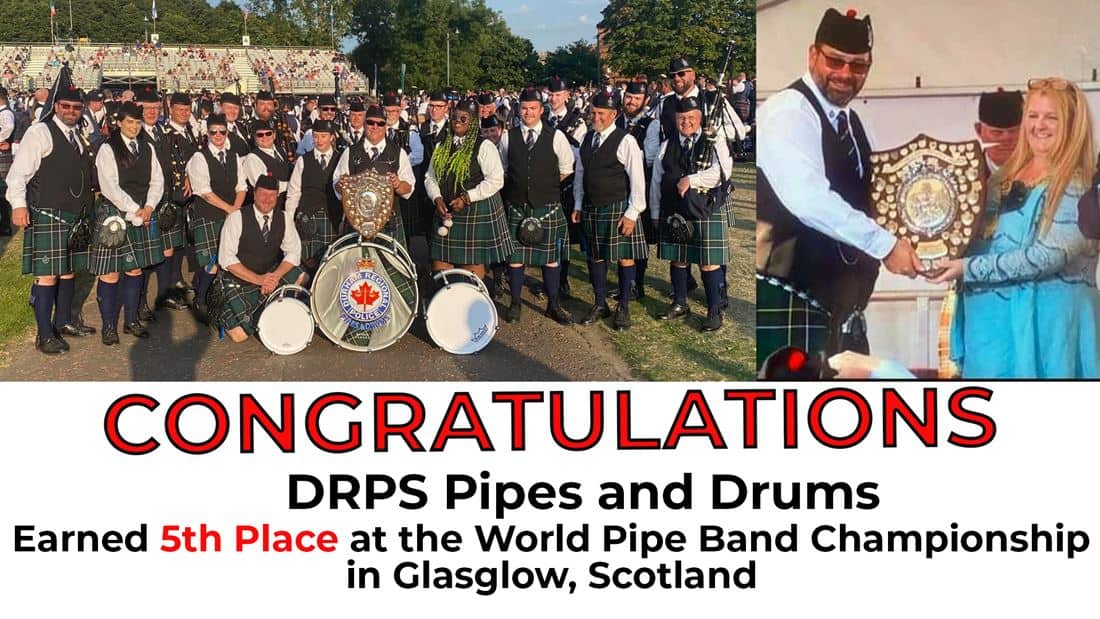