Driver in hospital after crash serious crash in Mississauga 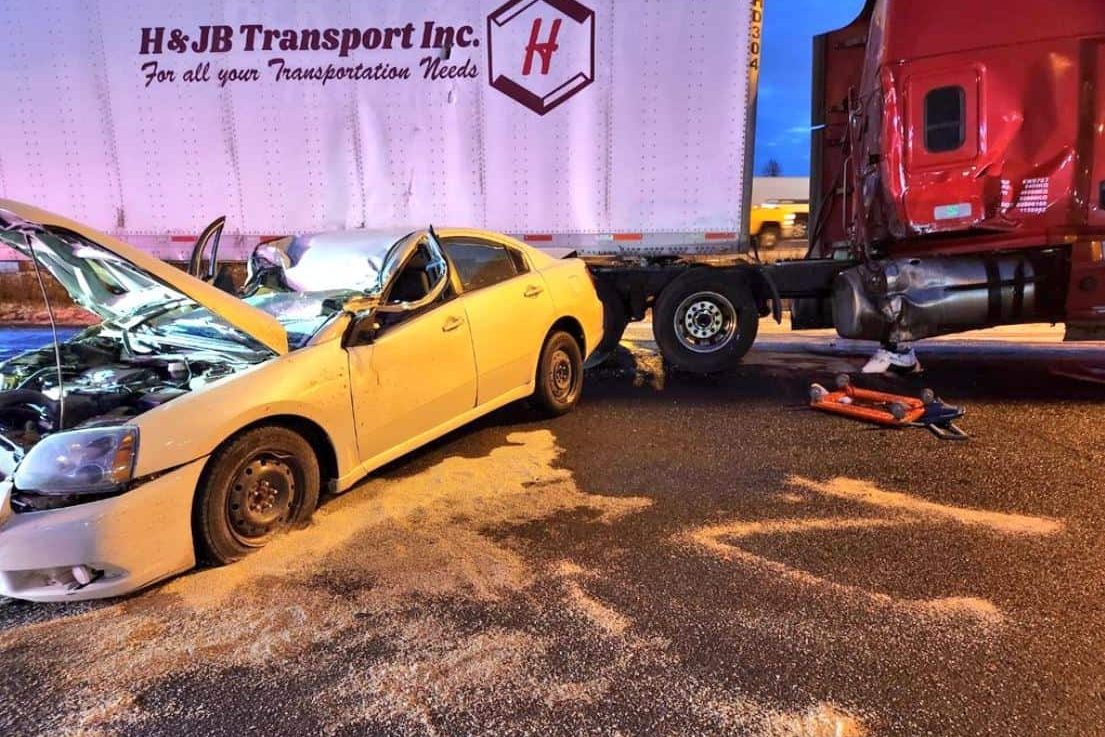 A driver has been rushed to hospital following a serious crash in Mississauga with a transport truck.

Photos from the scene show a white sedan with heavy damage to the vehicle’s roof and front-end. A transport truck can also be seen with damage to its right side.

One driver was taken to hospital with serious injuries. Police did not disclose any details about the victim.

The crash has closed lanes to traffic and the OPP says drivers can expect closures in the area until at least 9:00 a.m.

The incident wasn’t the only serious crash in Mississauga on Thursday.

One person died in a crash on Highway 427 and the QEW involving four vehicles. A 32-year-old driver from Mississauga died while he was on route to hospital, police said.

Collision: #Hwy401/Dixie Rd WB, driver of car taken hosp. with serious injuries. #MississaugaOPP investigating, all lanes should be reopened before 9am. pic.twitter.com/pgS1yOpYag 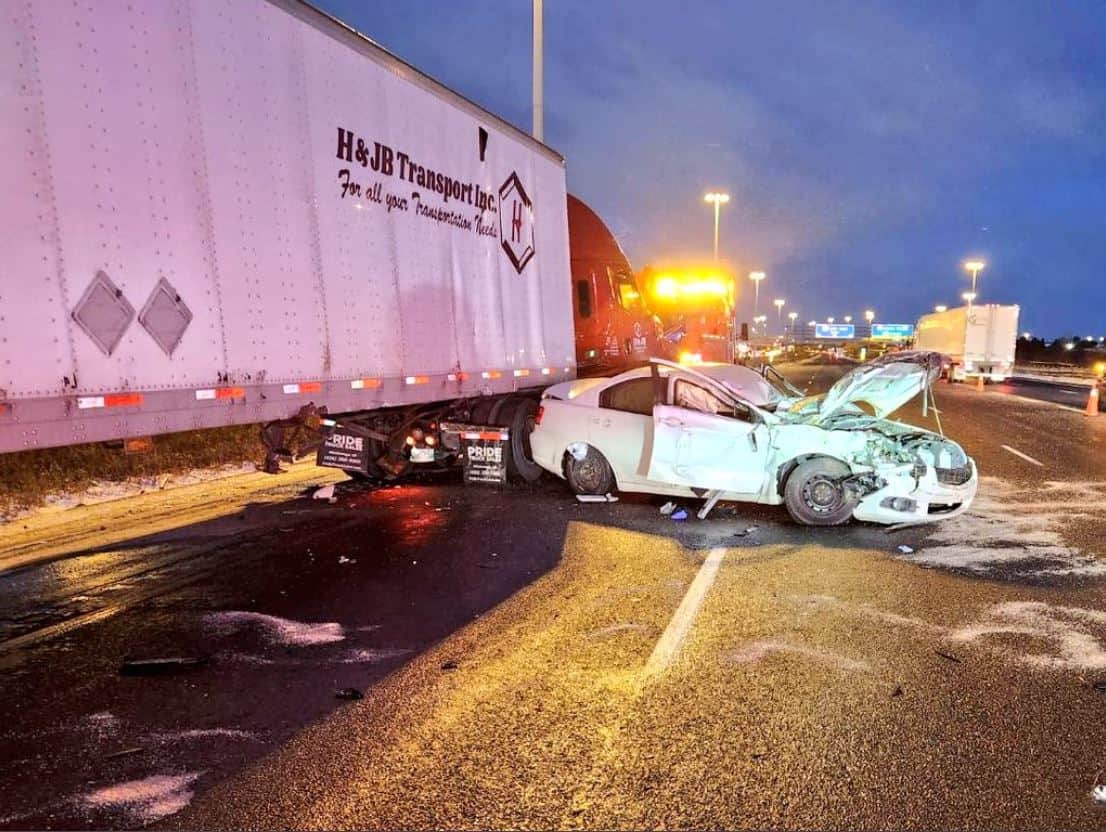