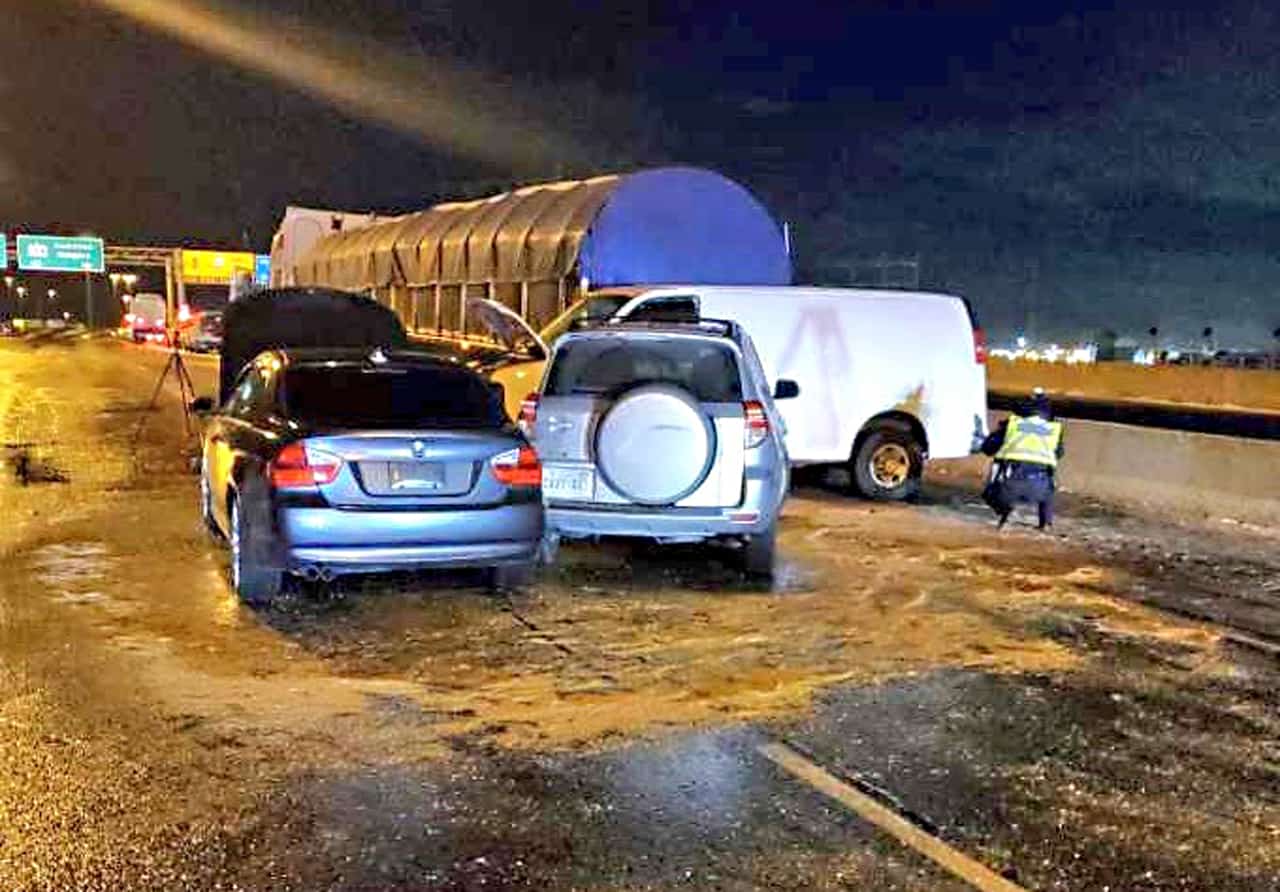 One person from Mississauga has died in a crash this early this morning.

The fatal crash involved four vehicles on Highway 427 and the QEW, the OPP said in a tweet Thursday (Dec. 1) morning at 7:30 a.m.

A transport truck was broken down overnight on Hwy. 427, blocking part of a lane and three vehicles approached and tried to avoid the truck.

A 32-year-old driver from Mississauga died while he was en route to hospital, police said.

Hwy. 427 southbound, approaching the Gardiner Expressway was closed for the investigation. But by 7:30 a.m. police said the on scene investigation is complete and all lanes will reopen once roads have been salted. 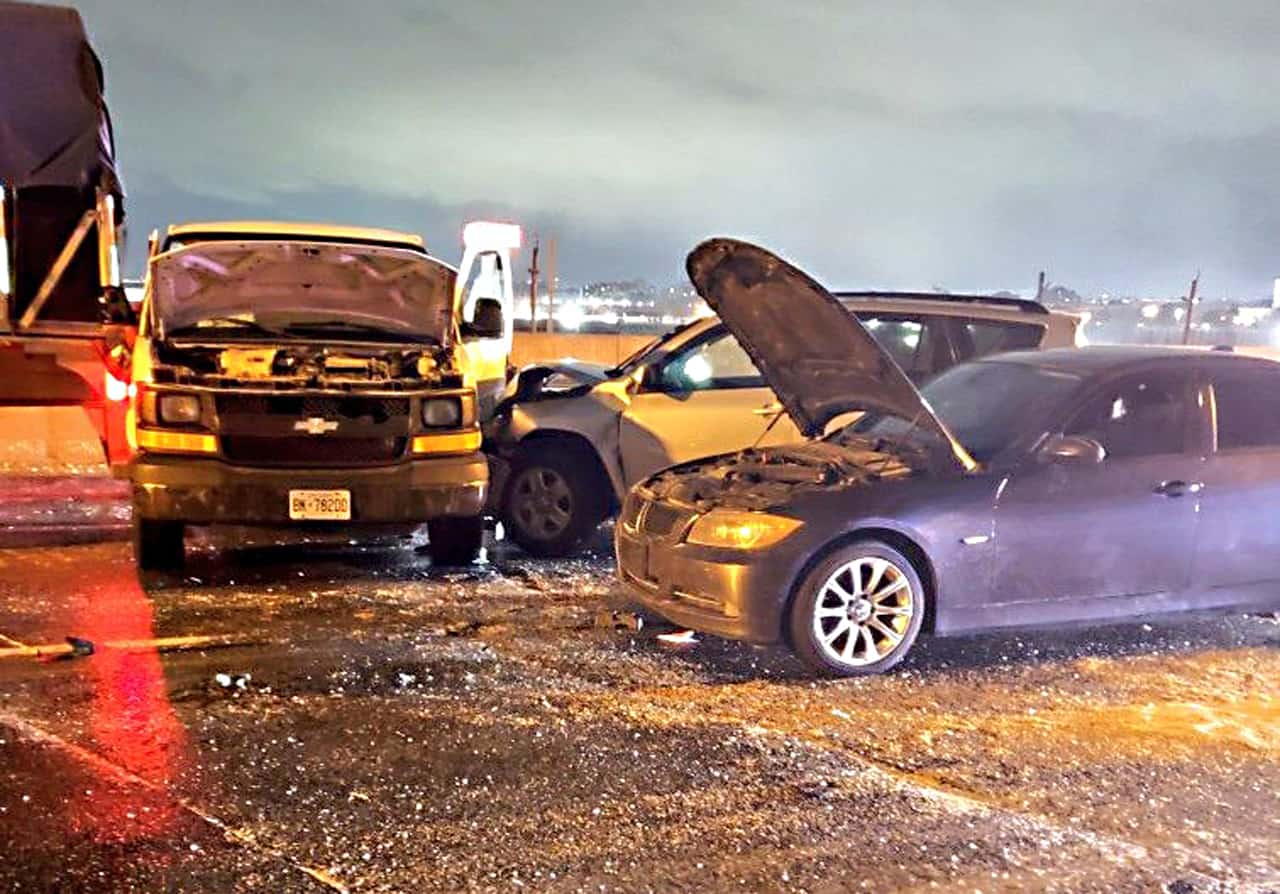 The crash was one of many in the GTA this morning, likely caused by wind, blowing snow and icy roads.

“There are multiple areas with traffic issues right now across the GTA,” said Schmidt.

Crashes were reported on Hwy. 401 westbound around Hurontario Street, he said. There was another serious crash Hwy. 401 near Dixie Road.

Fatal crash, 4 vehicles, #Hwy427/QEW. 32-year-old driver from Mississauga pronounce deceased while he was on route to hospital. Onscene investigation completed, reopening of all lanes once roads have been salted. #TorontoOPP pic.twitter.com/nyQNmBzTGA