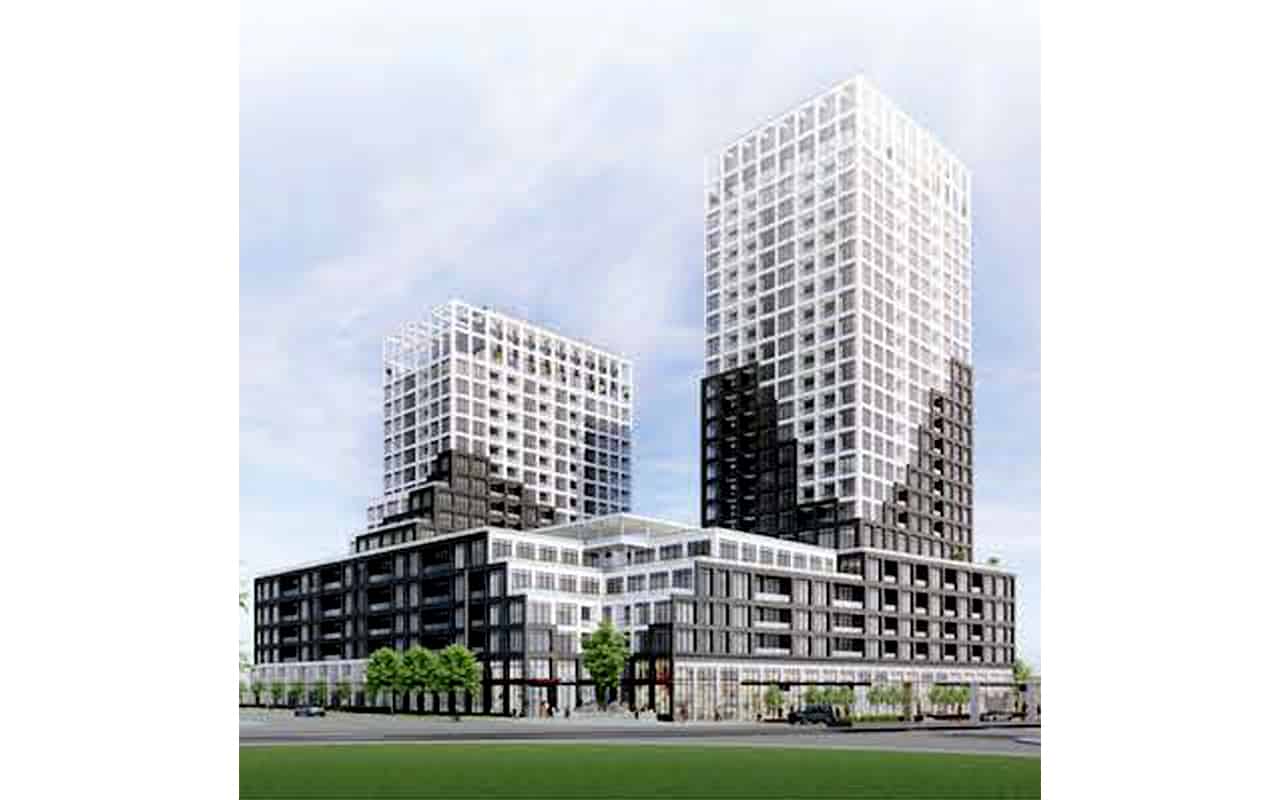 A new development partnership has its sights set on building a two-tower, 510-unit mixed-use condominium complex at a busy intersection in the centre of Mississauga.

While the planned project on the southeast corner of Hurontario St. and Bristol Rd. E. has yet to receive site plan approval from the City of Mississauga, Toronto-based partners RioCan Living and Marlin Spring have a specific idea of what they want to build on the site, currently occupied by Sandalwood Square Shopping Centre.

According to Ottawa-based Real Estate News Exchange (RENX), plans call for 17- and 23-storey buildings connected by a five-storey base that would be comprised of condo units and as much as 14,000 square feet of retail space at ground level.

The condo units would total about 400,000 square feet of living space. 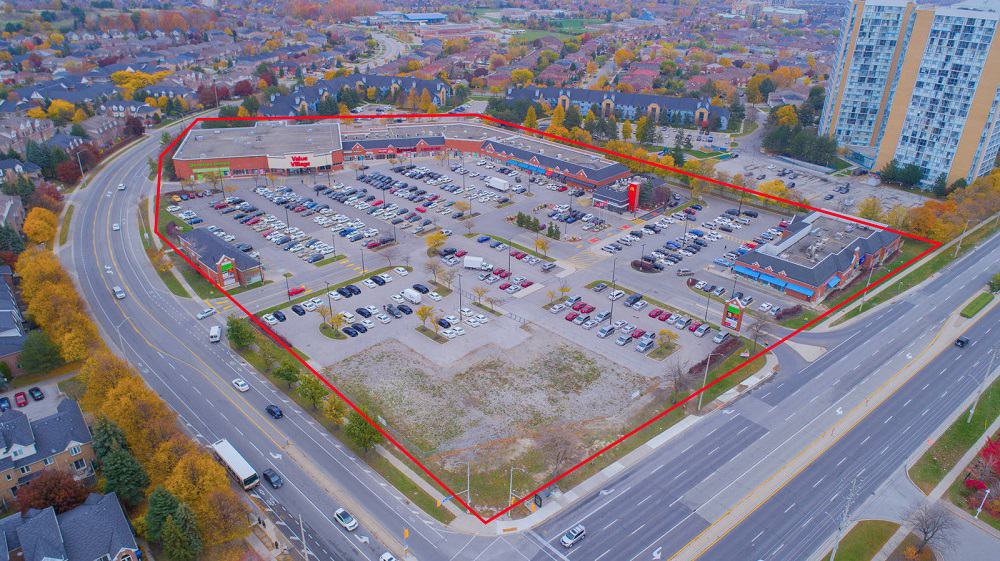 The shopping centre currently includes a McDonald’s restaurant, Value Village and Fit4Less, among other tenants. A fire in 2017 destroyed a large amount of the retail and commercial space, including a bank branch and a number of restaurants.

The developers are working on a next submission to the City of Mississauga for site plan approval, according to RENX, and hope to begin marketing the project next spring.

The area is a busy part of Mississauga, development-wise, these days as numerous projects seek the green light to build along the Hurontario St. corridor.

The Hurontario light-rail transit system, which will take passengers from Port Credit GO station in Mississauga’s south all the way north to Brampton, with 19 stops in between, is expected to be up and running in late 2024.

“This development, with its proximity to public transit and in a well-established neighbourhood, easily met our criteria of acquiring and developing transit-oriented communities in central neighbourhoods within the GTA,” Pedro Lopes, senior vice-president, development, Marlin Spring said in a news release.

RELATED: You might remember in 2017 that part of this plaza went up in flames and took out most of the restaurants.