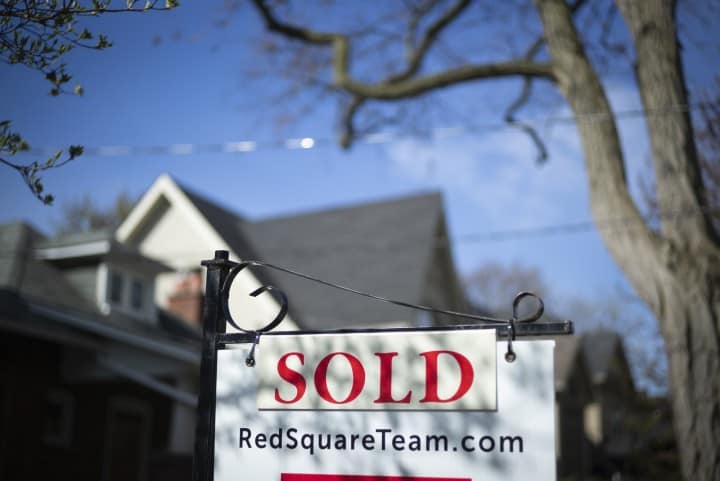 Six months into the crisis, house prices in Mississauga and surrounding cities are up year-over-year, with the low-rise market experiencing significant price growth as residents flee from condos in search of larger yards and a little additional space.

The Toronto Regional Real Estate Board (TRREB) reported 10,775 home sales through its MLS system for August, up more than 40 per cent from 7,682 in the same month a year ago. Sales of detached homes rose 50.6 per cent and semi-detached houses climbed 66.8 per cent, while condo sales growth was slower, at 10.9 per cent.

“Between March and June … sellers took their homes off the market. A lot of people were afraid to have strangers walking through their homes,” says Michael Grant, a sales representative at Royal LePage Infinity.

“Around mid-July … all of a sudden it seemed that everyone had the same feeling: ‘Let’s jump into the market’.”

In spite of the record-setting sales in July and August, TRREB said year-to-date sales have not caught up to where they were this time last year, given how significant the drop in sales was during the spring. Only sales of detached homes have surpassed 2019 levels so far this year.

“Inside the city people are selling single-family homes, the low-rise models, the detached, the semi-detached, and they are moving out of the city,” says Charlene Williams, real estate broker at Real Estate Homeward Brokerage.

Zoocasa, a real estate website and brokerage, says that home sales were up 35 per cent year-over-year in the Region of Peel, with 2,301 homes sold in Mississauga, Brampton and Caledon.

Sadly for prospective buyers looking for a break, the average sold property price hit $897,391–a 20 per cent increase compared to last August. Since February, the last full month before COVID-19 emergency measures were implemented, the average home price rose 4 per cent.

As for Mississauga in particular, condo owners are having a little more difficulty offloading their units.

Zoocasa says that although the total number of homes sold in Mississauga for August was up 22 per cent from last year, reaching a total of 950, there was a clear divergence in growth between freehold versus condo properties.

According to Zoocasa, detached house sales were up 49 per cent year-over-year and the average price reached an all-time high of $1,307,832–a 23 per cent increase from last August.

Compared to last year, new listings increased 26 per cent to 586 properties but active listings were down 16 per cent, revealing a higher level of demand for this property type.

In contrast, condo apartment sales were down 11 per cent annually while new listings soared 77 per cent. The increased supply combined with reduced demand pushed the Mississauga condo apartment market near the threshold between a balanced market and a buyers’ market.

Despite the decrease in sales, the average condo apartment price increased by 13 per cent to $540,877 in August.

TRREB says the trend is apparent across the GTA, as condos are increasingly hitting the market as people move toward low-rise communities, “with growth in condominium apartment listings well-outstripping condo sales growth,” according to Jason Mercer, TRREB’s chief market analyst.

Board president Lisa Patel attributed part of the market’s overall sales growth in August to “improving economic conditions and “very low borrowing costs,” as mortgage rates remained low. Statistics Canada previously reported that almost 2.2 million Canadians were unemployed in July, nearly twice as many as in February, but unemployment levels were down from record highs.

“It’s mostly investors that are putting the condos on the market because they are not able to get renters. Tenants aren’t able to pay the rent … they are the ones that have lost their jobs,” says Williams.

Going into fall, market watchers are eyeing how mortgage deferral rates and the end of other government income supports will impact the real estate market, according to a separate report on interest rates released by Finder.com on Thursday.

“People want to see what’s going to happen if the deferrals will have an impact on housing prices,” says Grant. “They are interested in holding off but they want that pre-approval, they want to lock-in that (mortgage) rate … They are able to afford more home with lower interest rates.”

Not everyone has a glum outlook: A survey of Remax brokers suggests that the average residential sale price in Canada could increase by 4.6 per cent through the rest of 2020, owing to Canadians looking to flee urban centres in search of more space.

“Predominantly in government, banking, insurance … the clients I’ve worked with just continued to work during the pandemic. There wasn’t any downtime or layoffs, they have just shifted to working from home,” says Grant.

“It’s kind of the haves versus the have-nots. There is not much middle ground in Toronto.”