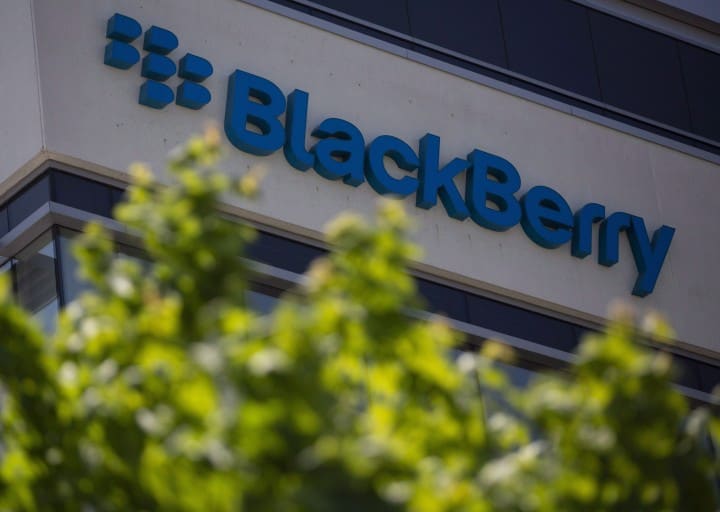 TORONTO — Canadian banks and trading platforms continued to face questions from customers Thursday amid a flurry of stock market activity both locally and worldwide.

Toronto-listed BlackBerry shares dropped 40.3 per cent today on more than twice their average daily volume, as several stocks that became popular topics on social media this week gave back gains.

A tweet from Wealthsimple says the Canadian app is seeing delays in email notifications amid extremely high volumes.

The Toronto-based robo-advisor says it is not restricting trading on any securities, but that users might see their orders marked as pending or canceled because user protections kick in if a stock price changes more than five per cent between the time an order was placed and when it is set to be filled.

The updates from Canadian institutions come after Robinhood, Charles Schwab, TD Ameritrade and other platforms restricted trading on certain securities in the U.S., causing outcry among users and drawing comments from politicians.

“In the interests of our clients and the bank, we are actively monitoring the ongoing market activity and have put into place precautionary measures to restrict short selling and options trading for some securities, like several brokerages and trading platforms across North America,” said a spokesman for TD, who encouraged customers to learn about investing risk on the bank’s learning centre website.

“In recent days, we have seen daily trade volumes increase substantially. This was largely driven by the stocks we are seeing in the news, accounting for roughly half of the volume increase. We’re also seeing a lift in trading activity via mobile, and while younger demographics are contributing to some of the increased volume, we’re seeing higher activity across the board.”