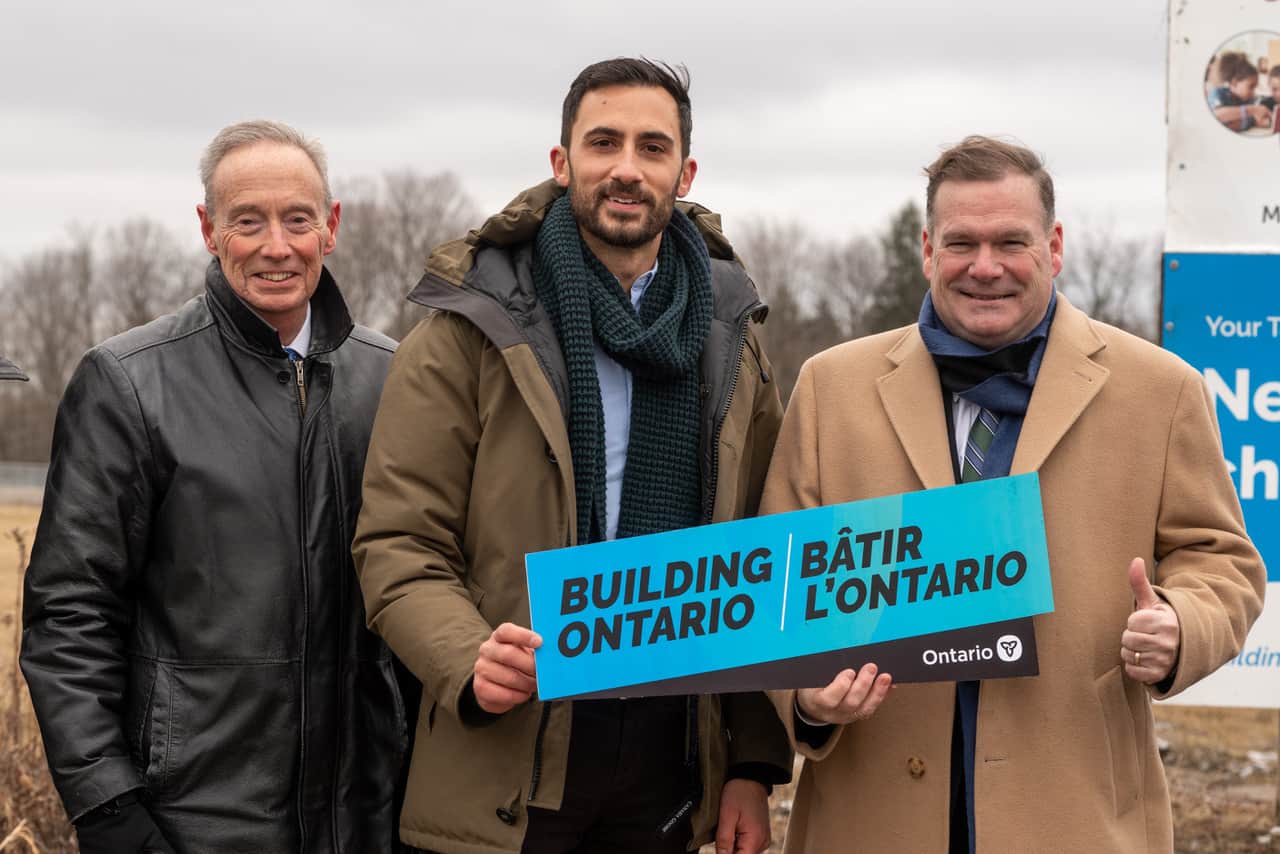 North Oshawa is getting a new elementary school in time for the 2024-25 school year, one year behind schedule.

The as-yet unnamed school will be built at the corner of Windfield Farms Drive and Wintergrace Avenue in the rapidly expanding Windfield neighbourhood near Simcoe Street and Conlin Drive. The school will house 536 new student spaces as well as four child care rooms and 73 new child care spaces.

A joint statement from Durham District School Board trustees Shailene Panylo, Deb Oldfield and Linda Stone called the long overdue decision to call for tenders for the project “great news for families.”

“We are grateful for the local work and advocacy that helped make this possible. It will better serve our growing community and we sincerely look forward to seeing it open its doors to future students and families. Building learning environments, like this one in north Oshawa, that support student achievement and well-being puts our students on a strong path to learning and success.”

The new elementary school, as well as a new consolidated public school in Beaverton and an addition to Mary Street Community School in Oshawa, were all scheduled to open this fall but were delayed by the Province dragging their feet on letting construction to go to tender.

Then new elementary school in Brock Township, which will replace Beaverton and Thorah Central public schools, has been delayed multiple times.

A new high school in north Oshawa on nearby Bridle Road has also been delayed, with a new opening scheduled for 2026.

The new elementary school in north Oshawa was approved for tender January 20, thanks to $22.2 million in government funding, which includes $3.8 million in new dollars.

The investment is part of the Ontario government’s commitment to providing $14 billion to support school construction, repair, and renewal over 10 years, said Education Minister Stephen Lecce, who was on hand for the announcement.

“Our government is investing $14 billion over ten years to build new schools, improve existing facilities and create childcare spaces to ensure young people can reach their full potential,” Lecce said. “By building the new state-of-the-art north Oshawa public school, as well as investing in tutoring and mental health supports for the year ahead, we are getting students in Oshawa back on track now and well into the future.”

“This investment in our schools will allow us to create the educational framework to support our growing community and ensure that every student in Durham has access to the tools and opportunities they need to thrive,” said Finance Minister Peter Bethlenfalvy, the MPP for Pickering Uxbridge.

Whitby MPP Lorne Coe praised his government for getting the approvals for tenders done quickly, despite the funding delays.

“By building schools faster, we’re ensuring that students reap the benefits of state-of-the-art learning facilities sooner and have access to education in a safe and healthy environment. “

Since 2018, the Ontario government has invested more than $2 billion in capital projects in education, including 100 new schools, 88 additions and renovations to existing facilities and 6,410 new licensed childcare spaces.

For the 2022-23 school year, the province is providing school boards with $1.4 billion in funding to renew and maintain existing schools.