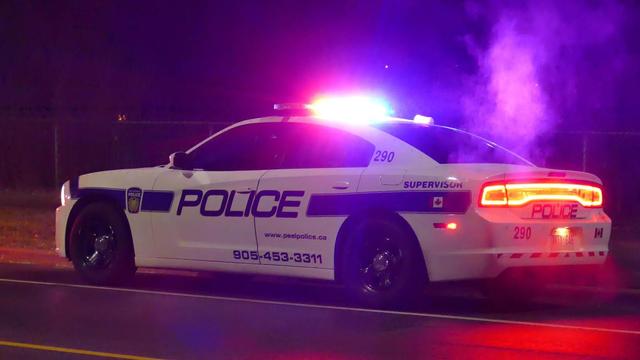 The feisty bay gelding used his brilliant speed from the gate under jockey Helen Vanek to take the early lead in the 300-yard race, worth $57,060, and held off late bids by Twixt of Fate and Bogie Wheels to win by a head.
Trained by Jason Pascoe of Pontypool, Ontario, Countryfried Chicken sizzled the distance in 15.317 for a career-best 97 speed index.

As the 8 to 5 second favourite, he paid $5.20 to win and completed a hefty Pick 4 payoff of $1,107.34.
Twixt of Fate, owned by Rickard Wincikaby of New Liskeard, grabbed second by a head over Bogie Wheels, owned by James Bogar of Cameron.

Countryfried Chicken, a son of Country Chicks Man from La Wanda by Fdd Dynasty, had won the fastest of two Trials for the Ontario Bred Derby on July 28. The Derby final was his fourth career win in 15 races, and he boosted his earnings to over $67,000.

“Everybody has done such a good job with this guy,” said Vanek. who now has nine wins on the season. “He can be a little temperamental but he stood patiently and we were able to get him away from that gate beautifully. Once we get out of the gate, he is a wonderful little racehorse.”

Kwiecien, who races and breeds horses and is based in Burlington, is currently the leading owner with 11 victories.

There was also plenty of excitement earlier on the card when 2019 Horse of the Year Had to be Ivory, with jockey Cory Spataro, set a track record for 400 yards while winning the QROOI Distance series, Leg 2, by an easy 2 1/2 lengths in a time of 19.443, beating his own record of 19.60 set two years ago. His speed index of 111 was one of the highest posted by a horse at Ajax Downs in a decade.

“As soon as those gates opened, he just flew out of there,’ said Spataro. “I’ve never really experienced too many like that.”

The Ontario bred 6-year-old by Ivory James, owned and bred by Carol and Jaime Robertson and trained by Bryn Robertson, defeated Countrys Comin Bac, Spy for the Senate and Country Boy 123 for his second win in 2021 and 15th win in 20 career starts.

Trainer Tom Dunlap and jockey Ramiro Castillo won three races on the day, two for owner Rick Crispi of Guelph. Castillo now moves into a tie for second for leading rider with Spataro with 11 wins, two behind Ismael Mosquiera.

Quarter Horse racing resumes Wednesday August 18 with the running of the Ontario Sires Stakes Maturity and a t-shirt giveaway with each program purchase. Fans must pre-register to attend the races at www.ajaxdowns.com. Registration opens Monday, August 16.