Outgoing Mississauga city councillor Karen Ras suggested in her resignation statement last week that her departure from the position is not due only to a “fantastic career opportunity.”

Part of the Ward 2 councillor’s statement makes a veiled reference to “workplace issues” and she notes that “as councillors, we do not have the avenues necessary to have them dealt with appropriately.”

Ras, who’s served on Mississauga City council since 2014, took many by surprise with her resignation last Monday. She’ll vacate her seat on Jan. 28 and City council will likely appoint an interim councillor to take her place until October’s municipal election.

In her statement, Ras refers to her time as councillor as being one of the most “rewarding and challenging” times in her career.

She goes on to talk about her latest career move–a director of communications job with the Mississauga-based Electrical Safety Authority–being best for her family in addition to being a great opportunity and great fit for her.

Please see my resignation statement. Sad to leave my wonderful residents but it's time to move on. https://t.co/mNhUhvZqjm

Additionally, she makes vague reference to “workplace issues” during her time on council.

“Make no mistake, being an elected official and councillor is a tough job. As rewarding as it can be, we deal with some difficult people that make us question ‘is this worth it?’ and at times raise concerns for our personal safety,” Ras said in her statement. “The abuse we receive online, by phone and in person is something that no one should ever be comfortable with. In addition, when there are workplace issues, as councillors we do not have the avenues necessary to have them dealt with appropriately. I sincerely hope that efforts to strengthen Municipal Codes of Conduct are accelerated. These changes are long overdue.”

Ras has not responded to a request from insauga.com to clarify or expand on the comments in her statement.

Municipal codes of conduct were established in 2001 in Ontario and govern the behavior of councillors and local boards. 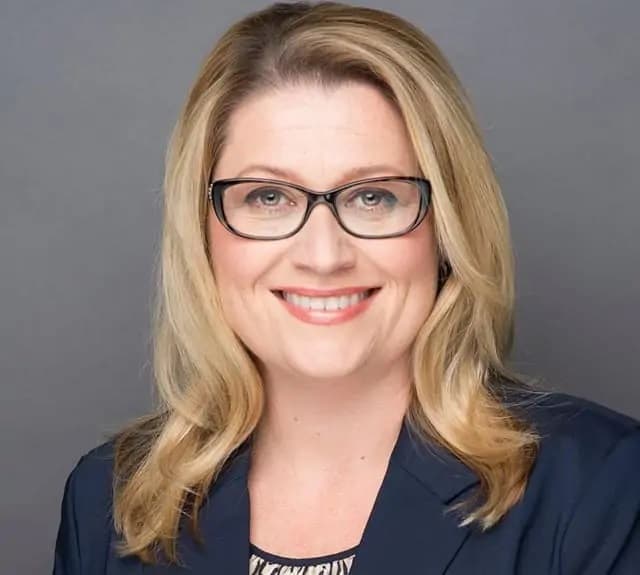 In an Instagram interview with insauga.com publisher Khaled Iwamura last week, Mayor Bonnie Crombie was asked if Ras’ departure had anything to do with friction on Mississauga council or any specific rift between the Ward 2 councillor and others.

“I know not what you’re referring to,” said Crombie, who described Ras as a great councillor and a “highly respected” member of council.

“I’ll speak to her a little more about that. Maybe there’s something I can personally follow up with. But I only have praise for Karen Ras. She’s been a friend, she’s been a colleague, she’s so devoted, so diligent and so dedicated, and really gets into the nuts and bolts of our work, but particularly at budget time she’s that person I can always count on. She reads everything so thoroughly…so she will be missed.”

Pressed further, specifically on Ras’ call for the Municipal Code of Conduct to be strengthened, Crombie again said there was no major friction on council.

“No. The one thing about Mississauga is we work so well together; we’re a highly functioning council. That doesn’t mean we always agree. We certainly don’t always all agree, but we do so very professionally and once it’s voted on, it’s over, it’s passed,” Crombie said.

Mayor Bonnie Crombie insists there was no friction between outgoing Ward 2 Councillor Karen Ras and council or any councillor, describing Mississauga city council as “high functioning” and without any major issues.

“I think one of the key advantages of working with a team like I have here as members of council is that we’re so high functioning, we get so much done, we conduct ourselves professionally and there aren’t issues. People point to us as a model council. ‘Look at them in Mississauga. They get along and they get things done.’ I’m very, very proud of that…so if there were any personal issues Councillor Ras may have had, I can debrief with her and look at how that code can be strengthened and work with the City manager and the clerk to do so. But (there wasn’t a problem) that I’m aware of…everyone only had the utmost praise and respect for Councillor Ras.”

Crombie called the news of Ras’ resignation “disappointing,” but added she knows she’s had some family issues.

“I know she’s found it a very challenging year,” said Crombie. “So, I was concerned she may not run again and now I hear the news that she’s found something that is absolutely appropriate for her, that meets her needs, is a great fit for her and I only wish her well because she’s been an outstanding councillor and a great representative for Ward 2.”

I want to thank @RasWard2 for her years of dedication & service to Ward 2 residents & all Mississaugans.

Karen always did her homework & I’ll miss her thoughtful & measured opinions, which enriched our Council debates & helped ensure we made the best decisions for residents. https://t.co/SfgsShvhxW

Dozens of people left comments on Ras’ Twitter announcement that she was leaving her post at the City. One comment after another praised her performance as councillor and wished her well.

Only several commenters referenced Ras’ mention of “workplace issues” and call for a strengthening of the code of conduct.

“Thank you for your years of service. It’s disconcerting to read about the verbal abuse & misconduct you’ve experienced in office. The lack of civility in our society is worsening. We complain about our politicians, yet drive the good ones out of office. Our society is in trouble,” wrote one person.

Another commenter had this to say:

“It has been such a pleasure working with you over the past few years. Congratulations on your new position. It is not easy being a councillor. It is 24/7. It is a sad commentary that our elected officials have to endure threats and abusive constituents.”