Could a Free Tragically Hip Concert Be Coming To Mississauga? 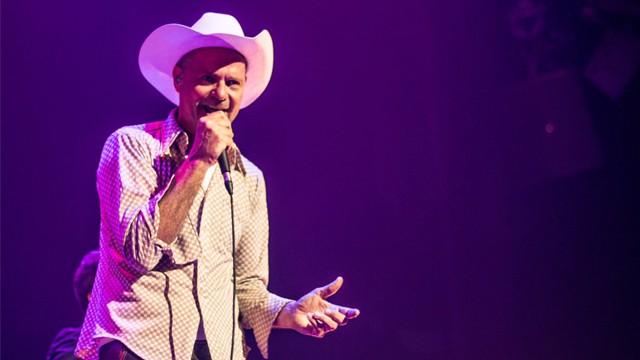 Are you a fan of Canadian rock band The Tragically Hip? Then you’re (hopefully) in luck!

According to The Toronto Star The City of Mississauga is aiming to organize a free concert, in which The Hip will perform for as many as 30,000 fans.

If the band agrees, the concert will be held at Celebration Square and all costs will be covered by the city.

Iannicca said the concert would honour the band’s lead singer, Gord Downie, who was recently diagnosed with terminal brain cancer.

It would also give thousands of fans the opportunity to see the band one last time.

The Hip’s management was contacted by the Toronto Star to see if they would be up for it, but no response has been heard yet.

“Celebration Square staff are discussing this exciting opportunity with Councillor Iannicca,” said Paul Mitcham, head of community services for the city. “We intend to get in touch with the Tragically Hip after just hearing the discussion at Council this morning.”

“Celebration Square has a successful track record of working with other high profile Canadian artists and would welcome such an opportunity.”

Iannicca, who has deep ties to the city’s business community, said he would personally pull all the fundraising together to make the concert happen.

While his proposal was surprising to some (Councillor Chris Fonseca said he “wasn’t prepared for that one” upon hearing it), it seems to have gathered quite a lot of support.

Councillor Jim Tovey said they would be “totally honoured” to make it happen, while Councillor George Carlson added he would love to see Downie and the band one last time.

“That would be tragically awesome,” he said.

Although the band announced Downie’s cancer last May, they said that they would still tour during the summer despite it.

So keep your fingers crossed for an awesome and free concert! In the meantime, you can look forward to The Hip’s newest album “Man Machine Poem”, releasing this month on June 17.