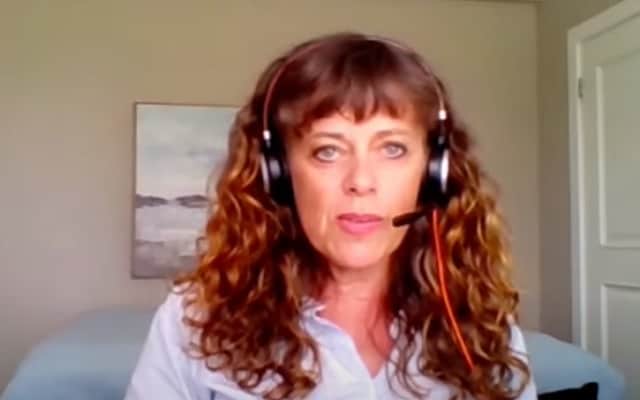 Hamilton’s top doctor says the city’s public health unit will be refining its tactics in an effort to cool the fourth wave of COVID-19.

There was a net increase of 89 COVID-19 cases over the weekend that brought the city’s total of active cases to 178, according to the latest update from Hamilton Public Health Services. One month ago, there were 100 active cases. The positivity number has also inched up from 2.0 per cent a month ago to 2.4 per cent.

Dr. Elizabeth Richardson, who is Hamilton’s medical officer of health, warned Monday that the trends “mirror” what occurred in mid-October to early November of 2020, before the second wave. That was before anyone was vaccinated, of course, but Hamilton’s vaccine uptake among young adults is relatively low. And Public Health Ontario has stated that unvaccinated people are eight times more likely to become infected with COVID-19 than fully vaccinated people.

All of this also comes with the end of summer bringing returns to indoor work and indoor schooling.

“We definitely have a clock ticking,” Richardson said during the city’s biweekly COVID-19 media briefing. “We are concerned our vaccine coverage isn’t equal in our community. We know that according to age, there is a difference. That is a function of time and the fact that those older age groups have had more opportunity to get vaccinated.

“Over time, we are going to get there, absolutely,” Richardson added. “I do think it’s going to be a couple to three  weeks before we get to those thresholds that have been set out for the whole province, of 80 per cent first doses and 75 per cent second doses.

As of the latest update, 77.7 per cent of Hamilton’s eligible population has had at least one COVID-19 vaccine dose. The second dose tally was 68.9, still short but close to the 70 per cent that the Ontario government says every public health unit must reach before it can consider reopening.

Richardson said more information about tailoring mobile clinics to different areas and populations would be presented during a board of health meeting on Wednesday (Aug. 11). The four age groups between Hamiltonians aged 12 to 34 are all under 70 per cent for first doses, but all have passed the 50 per cent marker on second doses.

There are also several FSAs (forward sortation areas) in Hamilton where first-dose coverage of the total population is lower than the second-dose percentage in other areas. (That total could be skewed since it counts children under 12, who aren’t eligible to be vaccinated.)

Vaccinations are one proven part of controlling the spread. The other is continued observance of public health measures. Paul Johnson, who served his final day as the city’s emergency operations manager, on Monday stressed there is “no exit date” for leaving Step 3.

“What’s coming is a removal of restrictions, pulling back of some restrictions but not others,” said Johnson, whose position will be filled Jason Thorne. “As you have heard the premier, Dr. (Kieran) Moore (who is Ontario’s chief medical officer of health) and Dr. Richardson say, we are going to be wearing masks indoors for some time.

“Every time we take a step forward, go do everything we can within that step,” Johnson added. “Don’t go looking for the things we can’t do yet.”

Richardson hailed the amount of recent community initiative shown to try to increase trust in vaccination.

“We’ve been working with a whole collection of community agencies, from Hamilton Centre for Civic Inclusion to business improvement associations, to city councillors working out of their offices,” she said. “I’ve seen brief shots in one social housing area with folders up on the wall and materials  translated into different languages. Primary care physicians have been calling around to their patients to ask them about their vaccinations  Nurses and doctors are calling around. And we have nurses at all of our clinics who can answer questions.”