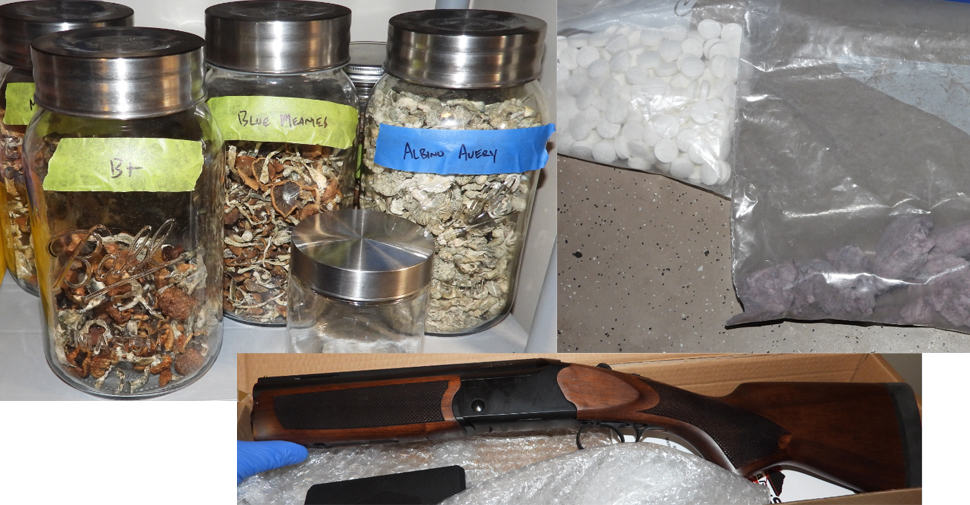 A man from Clarington is facing numerous drug and gun charges after a police raid at his home discovered four shotguns and a large supply of  drugs.

The 40 year-old man was arrested near his home on Concession Street in Clarington, police say, after they found, “a quantity” of drugs on him. They later executed a search warrant at his home.

Police say they uncovered a large stash of drugs including fentanyl, meth, mushrooms, hydromorphone (Dilaudid) and Percocet pills. They also found four shotguns, one of which was reportedly stored with ammunition in close proximity.

Anson Yu is charged with seven counts of possession with intent to traffic, contravention of storage regulations and careless firearm storage. He will remain in custody until a bail hearing.