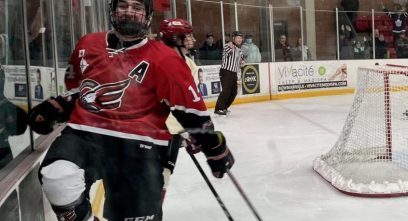 The Clarington Eagles are in Guelph preparing for the final round-robin game of the Schmalz Cup tournament today, with provincial Junior ‘C’ bragging rights at stake.

Clarington (1-1) plays the Lakeshore Canadiens (2-0) while in the other match today the Grimsby Peach Kings (0-2) take on the Stayner Siskins (1-1).

Semifinals and the final will take place this weekend at the University of Guelph.

Grimsby has won five championships (four this century) while Stayner has yet to be crowned champion.