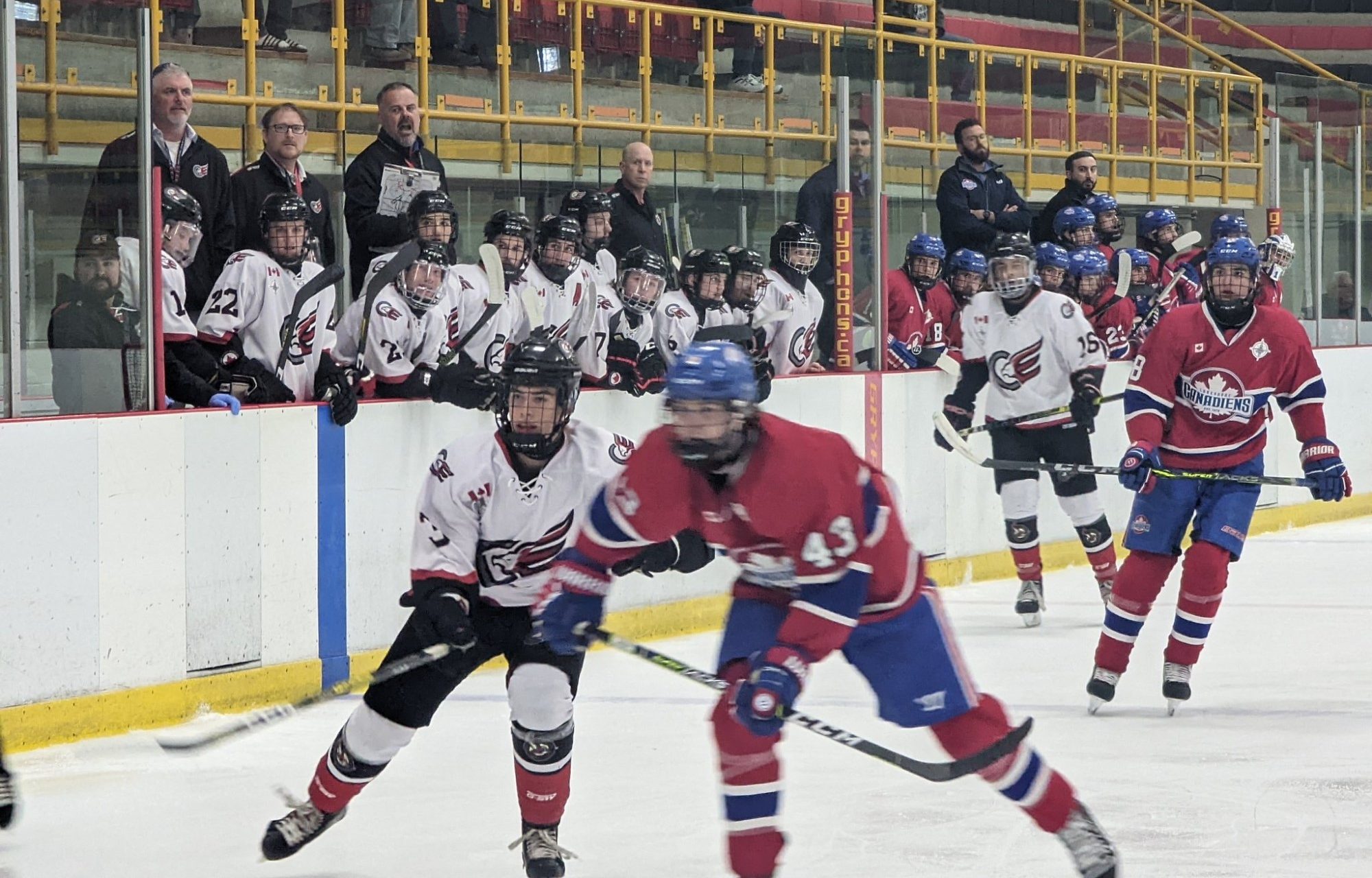 Lakeshore, however, will still earn the top seed going into Saturday’s semifinals on goal average after Stayner nipped hard-luck Grimsby 3-2 in overtime in Thursday’s other match. It was the second straight OT loss for the Peach Kings, who are a five-time Schmalz Cup champion.

Lakeshore, Clarington and Stayner, who blanked Clarington 3-0 in the tournament opener, all finished at 2-1, while Grimsby finished 0-3 with the two OT losses. Lakeshore’s goal differential was plus-2; Clarington’s was plus-1 and Stayner was even.

Lakeshore will play Grimsby in the first semifinal on Saturday at 2 p.m. and Clarington, who got goals Thursday night from Brady Darrach, Lleyton Aitken, Mitch Doyle and Mitch Davies, get a rematch with Stayner at six.

The final, which will declare an Ontario Junior C Champion, will be played Sunday at 4 p.m.

All games will be played at the University of Guelph’s Gryphon Centre arena.