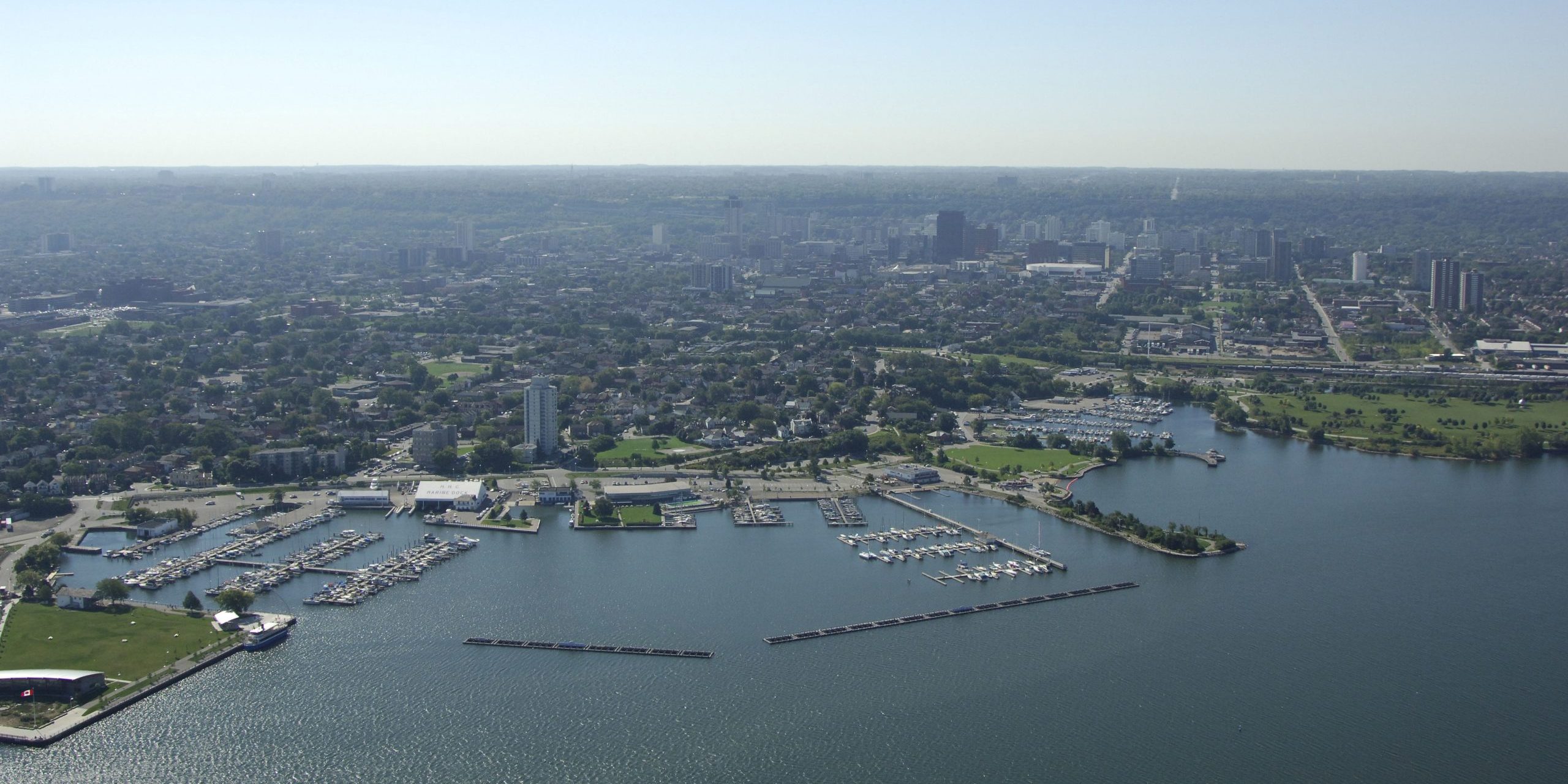 Mayor Andrea Horwath called for an investigation after the discovery that a pipe has been dumping sewage into Hamilton Harbour for nearly three decades.

When it’s all said and done, the City of Hamilton is looking at a $30,000 price tag for the repair work and sewer realignment completed Wednesday night.

Freshly sworn-in mayor Andrea Horwath called for an investigation after city staff discovered earlier this week that a pipe has been dumping sewage into the Hamilton Harbour undetected for nearly three decades.

A preliminary investigation of the pipe leak suggests a contractor put it there in 1996.

The combined sewage is now flowing into the Western Sewer Interceptor and all appropriate blocking has been completed, according to the city.

“The repair has stopped the flow of sewage to the harbour, and the vacuum trucks have left the site,” according to the city’s senior communications officer, Norm Miller. “The City has not received an order from the (Ministry of Environment, Conservation and Parks) at this time, but if the City does receive an order, will be happy to speak about it at that time.”

Horwath’s mayoral campaign was largely focused on transparency and accountability in light of the public’s growing mistrust in city hall after allegations of a Chedoke Creek cover-up. Hamilton was handed several charges under the Environmental Protection Act related to the leak of approximately 24 billion litres of sewage into the creek.

“At approximately 4:00 p.m. today, I was notified of a sewage spill into Hamilton Harbour in the area of Burlington Street and Wentworth Street…,” Horwath said on Monday. “In line with my commitment to transparency, I asked that this information be made public immediately.”

In an official update provided on Thursday, city staff said they are still doing the calculations to estimate the volume of sewage that was released.

The financial breakdown of the repair work and sewer realignment, according to the city, is as follows:

Horwath says she’s been assured the risk to human health is “very low,” but she raised concerns about the spill’s environmental impacts. The city says once its assessment is finished, it will publicly report how much sewage the pipe has dumped.

“I am concerned about the environmental impacts of this spill, and while we are not yet aware of the total volume of sewage released, I have been informed that it was substantial,” she added.

“I also asked that the City Auditor be brought in to investigate how a spill of this nature could go on for more than 20 years without being detected. I expect that when that report is completed, it will be publicly released.”

The city says the combined sewer pipe services about 50 properties, which have been flushing directly into the Hamilton Harbour. A map outlining all of the properties that are connected to the combined sewer that was spilling into the storm sewer was sent to the media around 3 p.m. on Wednesday. 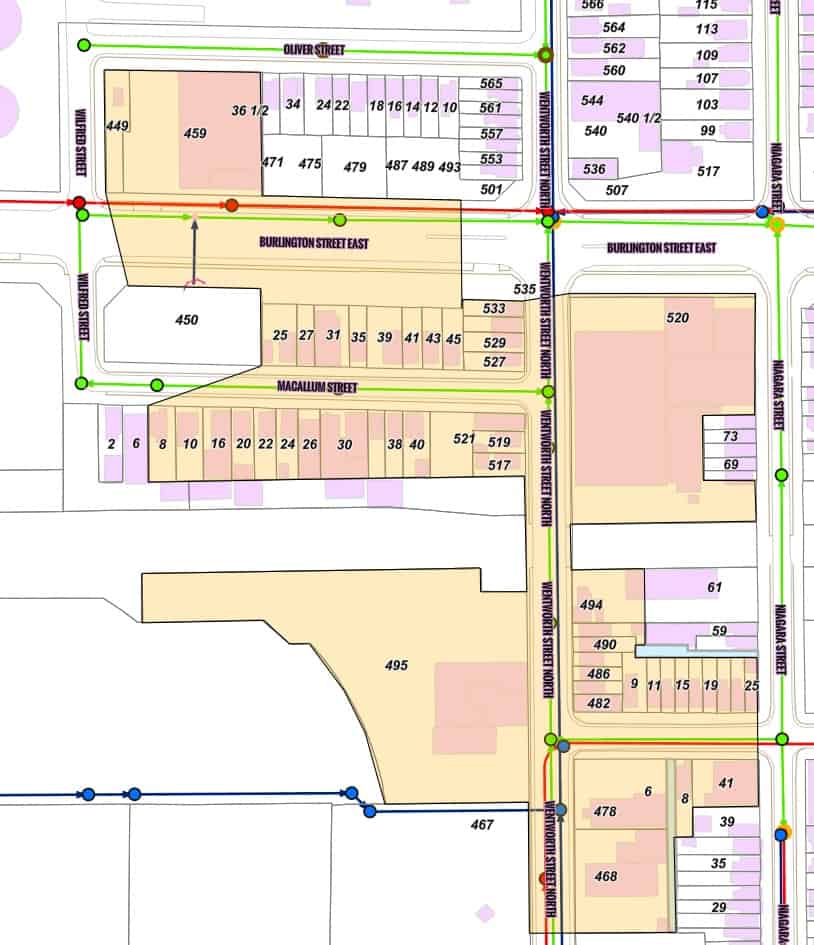 City staff were doing separate maintenance work on Tuesday when they found the hole in a stretch of pipe near Burlington St. and Wentworth St. North. A photo provided by the city shows a combined sewer with noticeable flow dropping out and into the storm sewer. 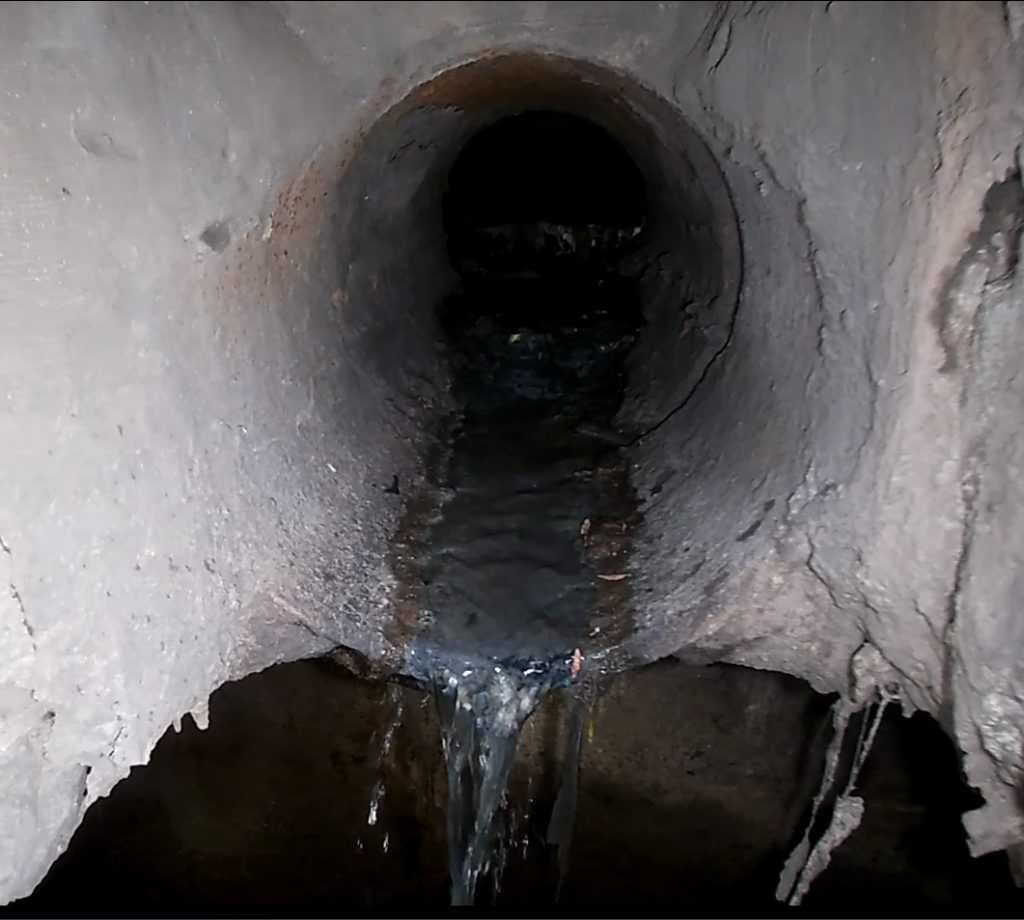 In a statement, the city says it believes a contractor made the hole under the impression that “all pipes were storm sewers” designed to connect to the culverts spilling into the harbour.