Chief of police for Oakville, Burlington, Milton celebrating trio of anniversaries in 2022

His 20 year run as a chief, first in Belleville, then Kingston before Halton, makes him the longest-serving active chief of police in Canada.

“Congratulations to Stephen Tanner on his career milestone of 20 years as a chief and for being the current longest serving one in all of Canada. This anniversary speaks well of his skill, knowledge and successes leading his services,” said Jeff Knoll, chair of the Halton Police Board.

“Our community has been, and remains, well served by Chief Tanner as he leads our service with his progressive and collaborative approach to policing and public safety. On behalf of our board, I want to both congratulate Chief Tanner on this achievement and thank him for his service. The best is yet to come.” 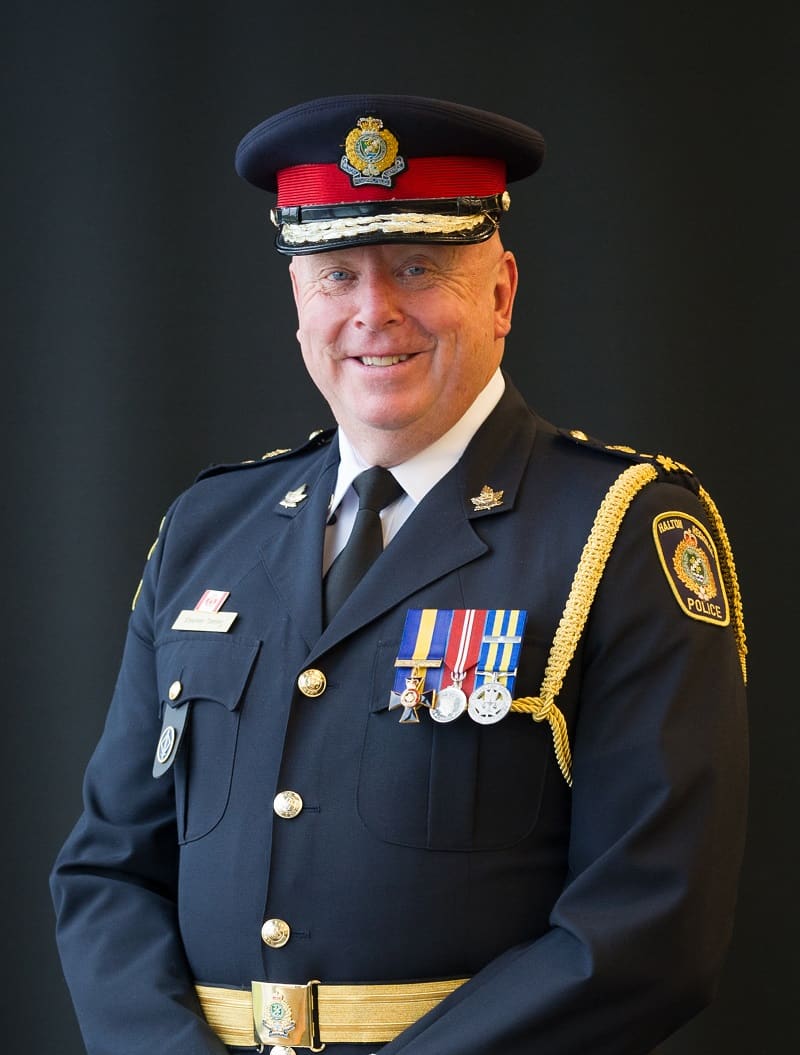 As chief of the HRPS since 2012, Tanner is responsible for ensuring the effective and efficient operation of all components of the 1,100-member service.

Tanner was born in Oakville and joined the Halton force in 1982, where he worked in a variety of areas, including uniformed patrol, criminal investigations, tactical rescue, training, intelligence, polygraph, and major crime. He also served as chair of the Halton Regional Police Association.

During his tenure, he was actively involved with the Police Association of Ontario. He currently serves as Chair of the Criminal Intelligence Service of Ontario and is co-chair of the National Police Services National Advisory Committee.

In 1998, he accepted the position of Deputy Chief of Operations with the Guelph Police Service, a position he held until relocating to Belleville as the Deputy Chief in 2000.

In 2002, he was chosen as Belleville’s Chief of Police. At that time, at the age of 41, he was one of the youngest Chiefs of Police in Canada.

In 2008, he became the Chief of Kingston Police, a position he held for over three years.

Tanner works closely with Halton’s diverse community and prioritizes equity, diversity and inclusion along with the need to combat and eliminate racism and discrimination in the community.