UPDATED: Man brought back to life after major crash in Mississauga 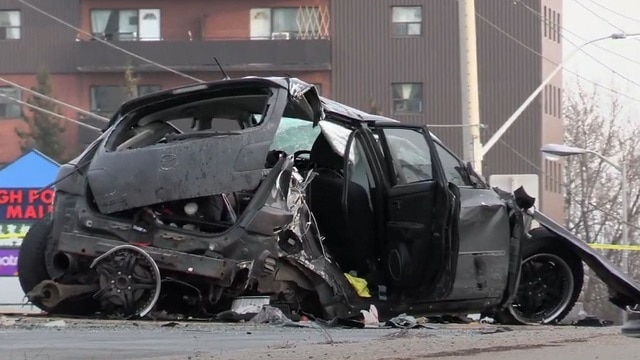 One person has been pronounced dead following a serious collision in Mississauga this afternoon.

The two-vehicle crash was reported 2:47 p.m. at Dixie Rd and Winding Trail, near Burnhamthorpe Rd East.

One adult male was transported to a trauma centre and has since succumbed to his injuries, police confirmed at 4:23 p.m.

Northbound and southbound lanes on Dixie remain closed between Burnhamthorpe and Winding Trail until further notice.

The Major Collision Bureau is investigating the collision.

Anyone who witnessed the incident and anyone who may have dashcam or surveillance footage is asked to contact police at 905-453-3311.

Police have issued a correction to their previous statement, and are now stating that the male who was believed to be pronounced dead is still alive at this time and in critical condition.

Police say he had lost vital signs after the collision and was brought to a hospital.

“Staff were able to revive him and he is currently in critical condition,” police reported shortly after 5:30 p.m.

He remains in the hospital at this time.