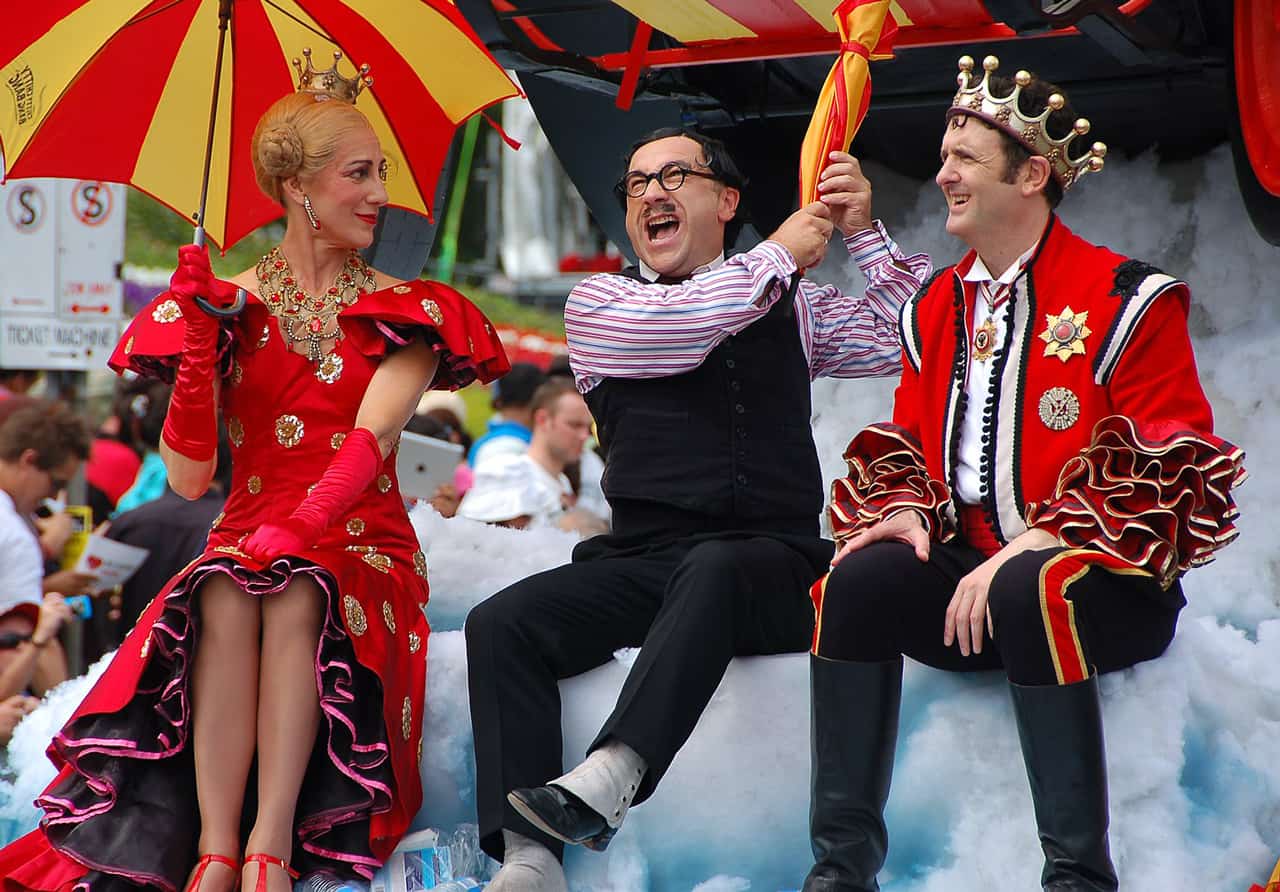 Performers are seen in an Australian production of Chitty Chitty Bang Bang. Photo by Chris Phutully

A Mississauga production of Chitty Chitty Bang Bang, first meant to go on in April 2020, seeks cast and crew members.

The Theatre Unlimited Performing Arts production of Chitty Chitty Bang Bang will finally get to the stage, three years after it was postponed due to the pandemic and the Meadowvale Theatre renovations, says director and Theatre Unlimited president Michael Buchert.

Theatre Unlimited is a community-based musical theatre group established in 1988 in Mississauga. The charitable not-for-profit corporation puts on one musical a year and prides itself in offering an inclusive and family-friendly, community theatre organization.

Chitty Chitty Bang Bang is a large production, and Theatre Unlimited hopes to have a cast of just under 50 people, Buchert says.

The show is described as a “fantastic musical adventure with an out-of-this-world car that flies through the air and sails the seas.” It is based on the 1968 film version of Ian Fleming’s children’s book, and features a musical score by the Sherman Brothers.

Although some cast members of the 2020 postponed production are returning, many have moved or, in the case of young people, gone on to university.

Some of the roles up for grabs include Jeremy Potts — a main character who is featured in a number of the songs. The role is for someone between the ages of seven and 12 years old who is able to sing and dance well. The character is a fun role.

“He’s an adventurous boy with a vivid imagination a total child at heart who loves his family,” says Buchert.

Another major role is the child catcher.

There are also supporting roles open such as Miss Phillips, the no-nonsense assistant to Lord Scrumptious, the Junkman, and Coggins, a salesman that collects scraps of junk/metal. And there is a large ensemble.

“There are lots of singing and dancing parts.”

If acting isn’t for you, there are tons of other ways to get involved — from creating sets to costume making. As a fully staged production, it takes a lot of people to make it happen.

“We give well over 500 people opportunities to get involved in musical theatre production,” Buchert says.

There is a membership fee to join the theatre but at $80 for a family or $40 for an individual, it is an affordable way to learn about the theatre.

“You’re getting the full experience that you would at a dance camp.”

Chitty Chitty Bang Bang will be at the newly re-opened Meadowvale Theatre from April 21 to 30, 2023.

For more information, visit the audition page on the Theatre Unlimited website.