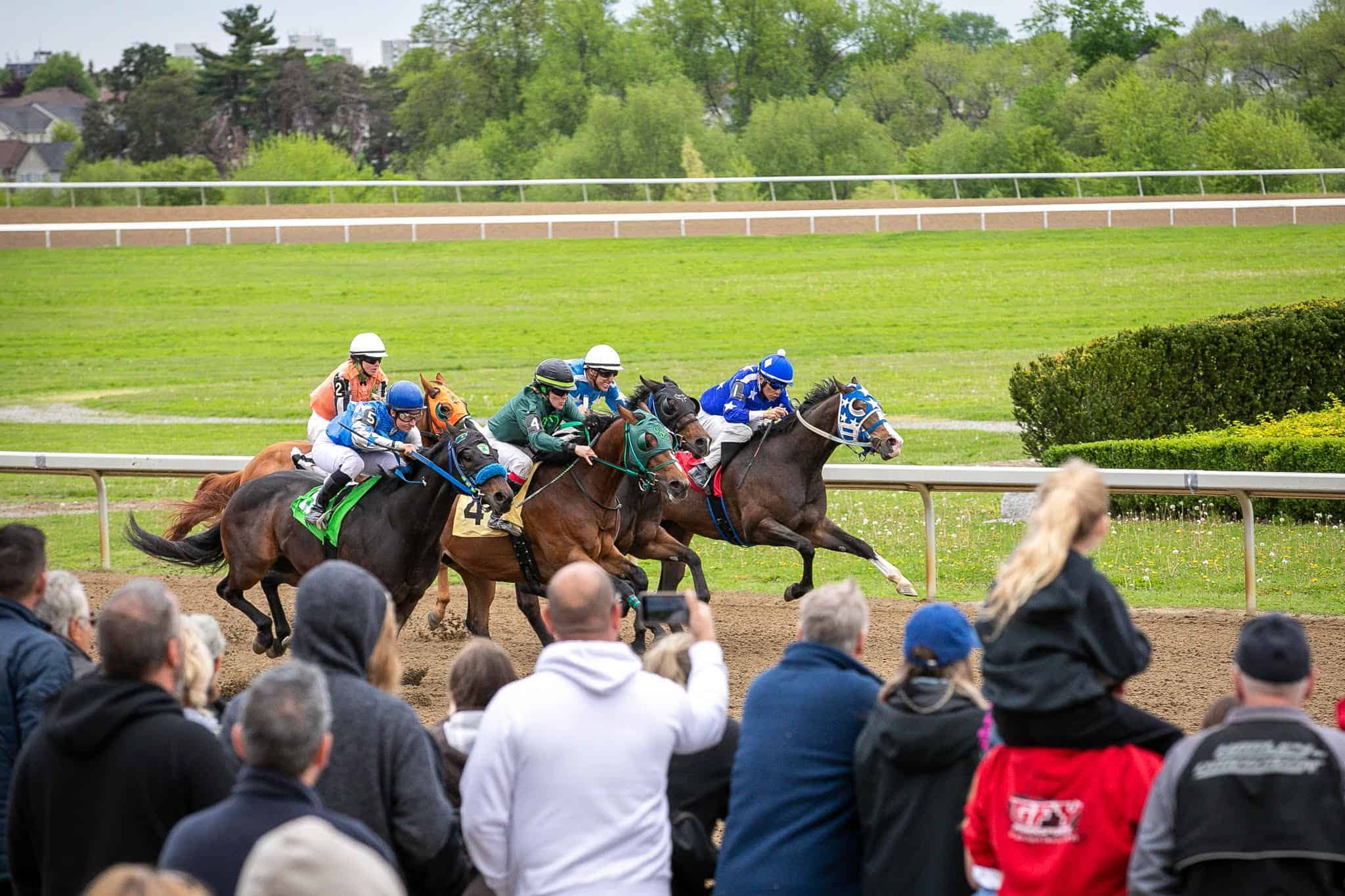 Ajax Downs hosted its first Sunday afternoon of racing in three years the day after the big storm hit the region and racing fans weren’t about to let a bit of rain and cool weather stop them from cheering on their favourite horses on the third date of the 2022 season.

The track will host one special Sunday event day per month this summer in addition to its regular racing date of Wednesday afternoons, which will return June 1.

Carneros won the day’s featured race, the $19,780 first leg of the QROOI Sprint Series, in an exciting finish. The one-time world record holder for the 110-yard distance, Carneros had a sharp start from his rail post under jockey Brian Bell and held off a charging Zoxtobeyou to win by a neck in the fast time of 6.889 for a hefty 104 speed index.

Owned by Milena Kwiecien of Burlington, ON and trained by Jason Pascoe of Pontypool, Carneros was made the even-money favourite by the shrewd betting crowd and he paid $4.40 to win. It was the 13th career win from 41 races for the 7-year-old who has earned more than $146,000.

Two-time Horse of the Year Fiesty Icon finished a half-length back in third in his first start as a 10-year-old.

The Sprint Series is a three-race program that continues June 29.

In fact, women riders won four of the five races as Carly Furlonger guided Oh My Gawd to victory in race two, and Helen Vanek won the fifth race on Bodhi, trained by Craig Spada. Bodhi is owned and bred by one of the world’s leading Quarter Horse stables, Lucas Racing, owned by Dan and Michelle Lucas of New Market, Maryland.

Quarter Horse racing returns on Wednesday, June 1 with the $25,000-added Picov Maturity which could lure champions Had to Be Ivory and Country Boy 123. Post time on June 1 is 1:30 p.m. 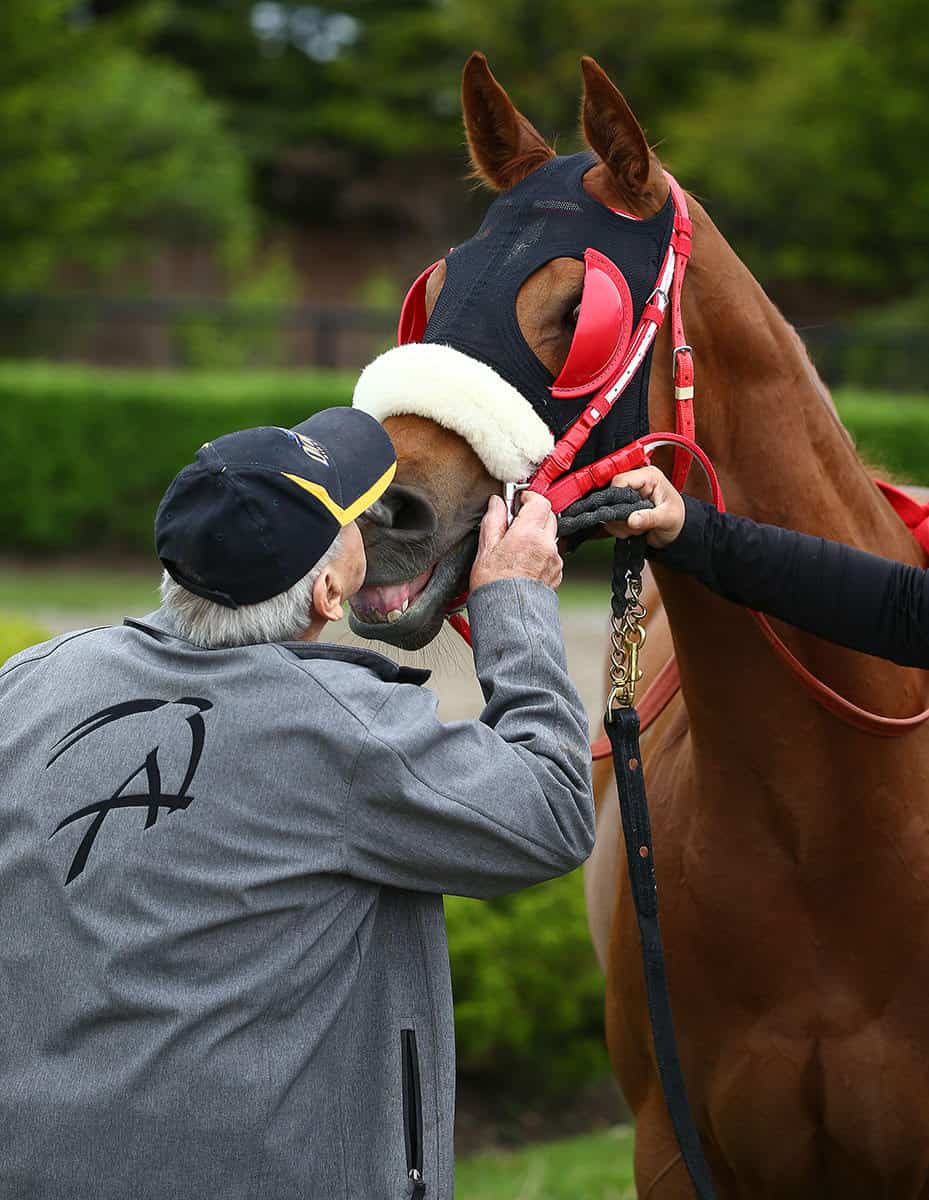 Ralph Pearson, one of the founders of Quarter Horse racing in Ontario, kisses the filly Oh My Gawd, which he bred, after her win. Photo New Image Media