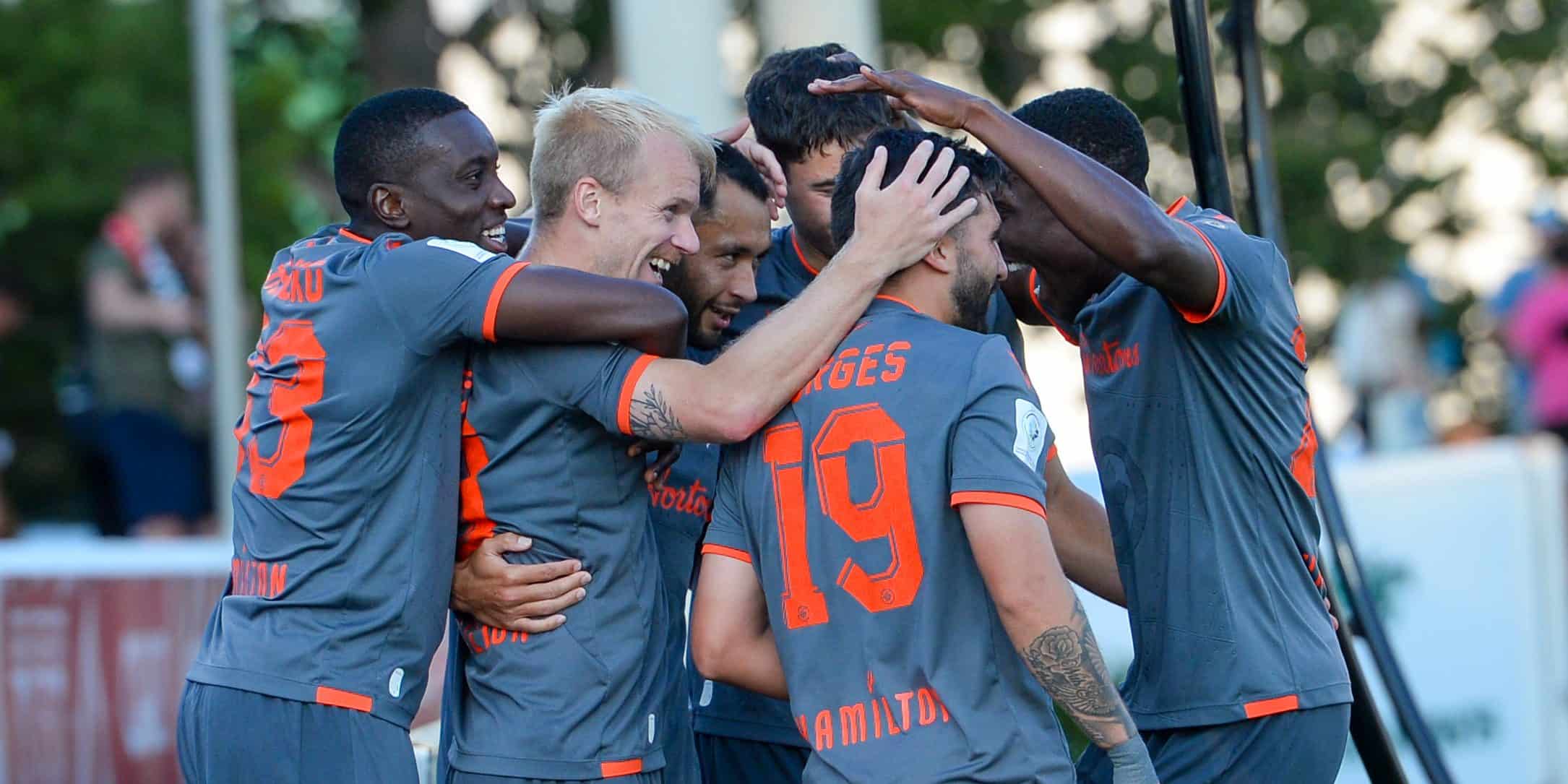 The win vaulted Forge past Cavalry, Atletico Ottawa, and Pacific FC and into first place on the Canadian Premier League table.

Forge extended its winning streak to four games while Calvary lost its third in a row — a franchise low.

The Hammers appeared in front of a hostile crowd in Foothill County, Alberta for the first time since hoisting the North Star Shield for the second time in as many seasons.

Cavalry coach Tommy Wheeldon Jr. told reporters after the match that his club still has a lot to prove.

“I thought we started well and finished well, but that sandwich in between — I thought they were better than us and a bit savvier,” added Wheeldon Jr. “…you do that to a good side like (Forge), they know how to turn the screws. They have that nice swagger about them — the swagger of champions. We’re still just contenders.”

Cavalry captain Joe Mason put his club up 1-0 in the opening minute, forcing Forge to find an equalizer — which they got from the most likely source.

Striker Woobens Pacius bullied his way through the Cavalry backline and pushed the ball past Marco Carducci in the 37th minute. Pacius’ ninth goal of the season moved him within two of league-leader Alejandro Díaz of Pacific FC, who’s played two more matches and nearly 500 more minutes than Pacius this season.

The 21-year-old Canadian now has six goals in his last five matches.

“As a young player, he has some things to work on, but if you’re a striker who can turn your one or two chances into a goal per game, I think that’s what every team in the world is looking for,” said Forge head coach and technical director Bobby Smyrniotis. “If (Pacius) keeps that up, his future is bright. He has a good head on his shoulders, and he needs to stay on the same trajectory — keep his head down and stay humble, like I tell all of our players.”

Cavalry had opportunities to extend their lead in the first half and to equalize late, but Forge keeper Triston Henry stood tall — aggressively punching out a dangerous corner before blocking a point-blank header from Mason with his right arm in the 87th minute.

Ottawa and Pacific are level with Forge on points (29), but the boys from Hamilton have a superior goal differential (+19), and they’ve played fewer matches than both clubs. Cavalry is now one point back.

A HUGE stop to deny an equalizer 🧤@ForgeFCHamilton keeper @tristonjavon with the @AllstateCanada Save of the Match #CanPL | 📺: @onesoccer pic.twitter.com/rTwDK5KQIe

Next up, Forge will travel to Ottawa with first place on the line again. Sunday’s match at TD Place is scheduled to kick off at 7 p.m.