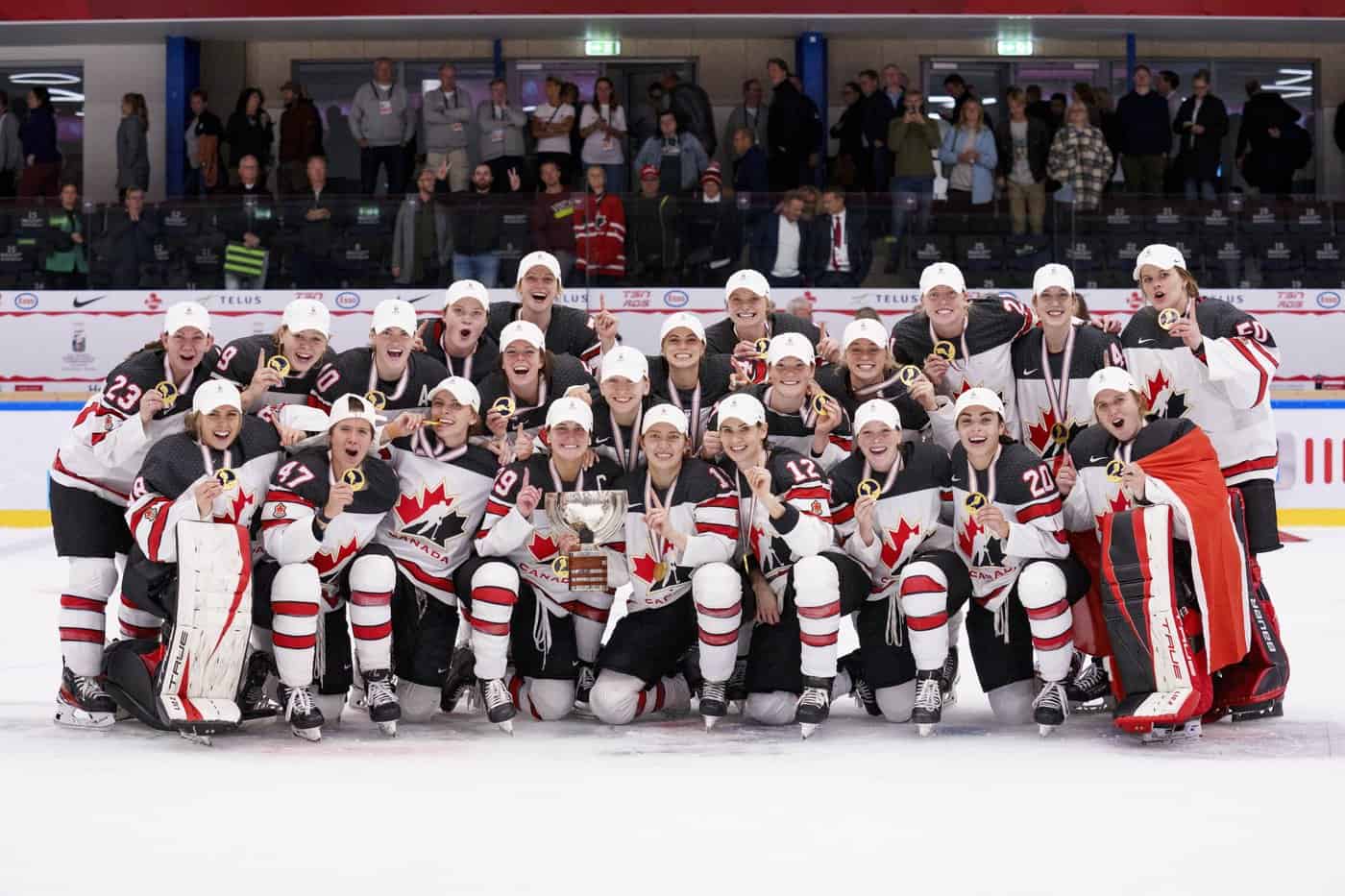 The players of Canada pose with their gold medals and trophy after after The IIHF World Championship Woman's ice hockey gold medal match between USA and Canada in Herning, Denmark, Sunday, Sept. 4, 2022. Canada's women's hockey team will start it's quest for a third straight world title with a showdown against Switzerland when the 2023 championship begins this spring in Brampton, Ont. THE CANADIAN PRESS/Bo Amstrup/Ritzau Scanpix via AP

The schedule for the 10-country tournament April 5-16 at Brampton’s CAA Centre was released Tuesday, with the host country taking on some different opponents early because of a shakeup in the standings at last year’s world championship.

All games will be played in Brampton for the 22nd installment of the tournament, and this year marks the first time since 2000 that the Women’s Worlds will come to the Greater Toronto Area.

Canada will attempt a three-peat for the first time since 2004 when the women capped a run of eight titles dating back to the inaugural championship in 1990.

The Canadians headline Group A of the top five seeds from the 2022 world championship including silver medallist United States, bronze medallist Czechia, Switzerland and Japan, while Finland, France, Germany, Hungary and Sweden comprise Group B.

Canada faces the Swiss, France meets Finland and the United States plays Japan on opening day April 5. The defending champions take on archrival U.S. on April 10. The April 13 quarterfinals will be followed by the semifinals on April 15 and the medal games on April 16.

Canada and the U.S. conclude their seven-game Rivalry Series on Feb. 20 in Trois-Rivières, Que., and Feb. 22 in Laval, Que. The Americans lead the series 3-2.

Canadian teams have won gold in six of eight women’s world championships played on home ice, including the 2021 edition played in front of family members only in Calgary because of the COVID-19 pandemic. Canada has won a record 12 gold medals throughout the tournament’s 22-year run, ahead of the United States’ nine.