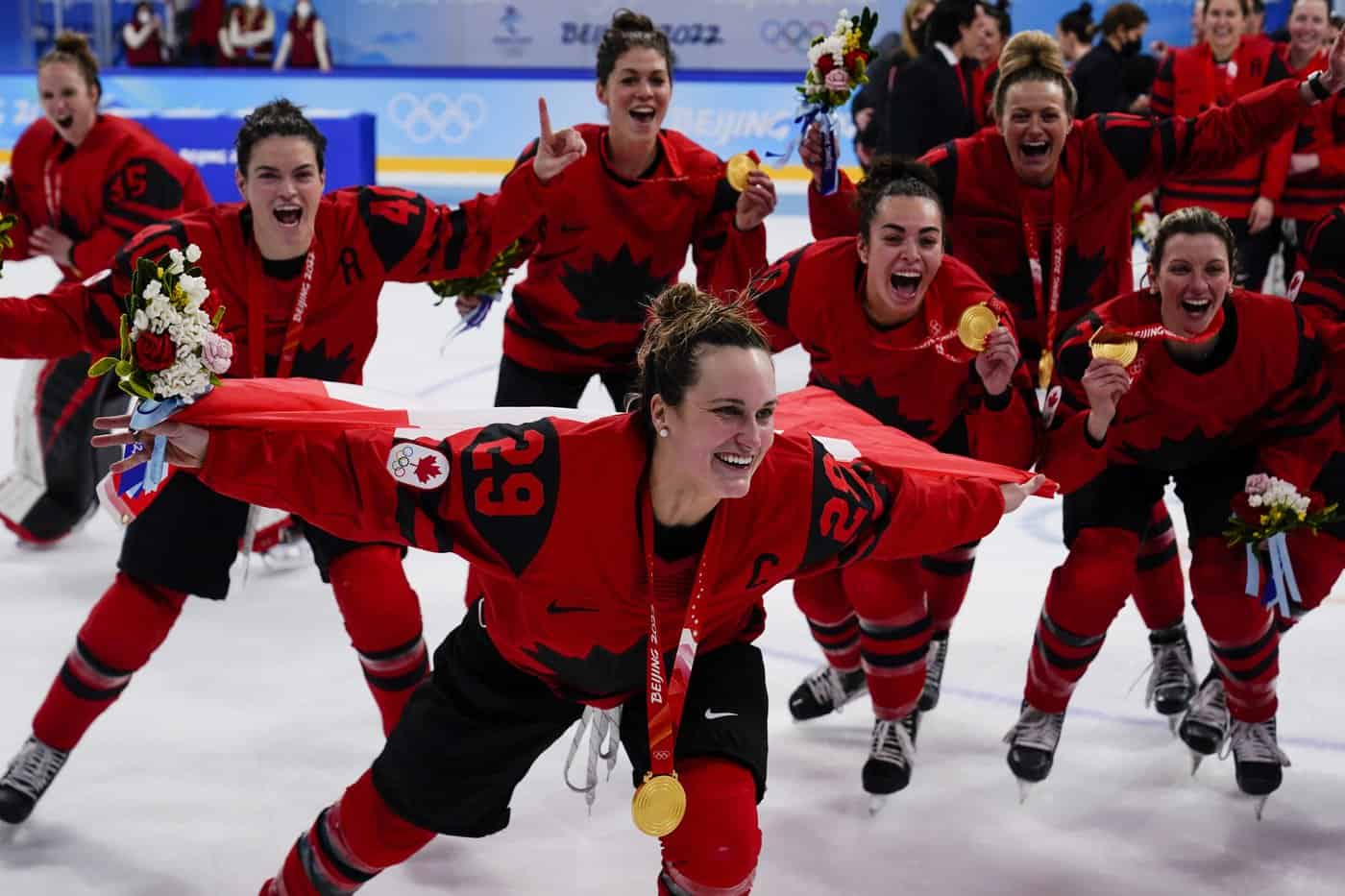 Canada's Marie-Philip Poulin (29) celebrates with her gold medal after the women's gold medal hockey game at the 2022 Winter Olympics, Thursday, Feb. 17, 2022, in Beijing.Poulin has won the 2023 Northern Star Award, making her the first female hockey player to claim the honour given annually to Canada's athlete of the year. THE CANADIAN PRESS/AP-Matt Slocum

The best of the best in women’s hockey are coming to Brampton for the International Ice Hockey Federation (IIHF) Women’s World Championship.

Brampton’s CAA Centre has been selected to host the tournament next April, which will see world’s top female ice hockey players battle it out for the championship title.

All games will be played in Brampton for the 22nd instalment of the tournament, and this year marks the first time since 2000 that the Women’s Worlds will come to the Greater Toronto Area.

Defending champion Canada, the United States, Czechia, Switzerland and Japan will compete in Group A of the two-tiered preliminary round, while Group B consists of Finland, Sweden, Hungary, Germany and France. All five Group A teams will move to the final round, and the top-three Group B teams will also advance to the next stage.

Canada has won gold in six of eight Women’s Worlds played on home ice, including the 2021 series that was played in Calgary to an empty arena due to the COVID-19 pandemic. Canada has won a record 12 gold medals throughout the tournament’s 22 year run, ahead of the United States’ nine.

Hockey Canada will be organizing the tournament along with the Ontario Women’s Hockey Association (OWHA). Marin Hickox, director of women & girls hockey for Hockey Canada, hopes the tournament will inspire children to pursue their own hockey dreams.

“The legacy of this tournament will go beyond the results on the ice, and we hope that it will inspire the next generation of girls to follow their hockey dreams and show them that they too can wear the Maple Leaf one day,” Hickox said in a release.

The OWHA will also be hosting its provincial tournaments over the final weekend of the Women’s World Championship, bringing in more than 15,000 female hockey players to Brampton and surrounding communities.

Schedule and ticket information for the tournament will be announced in January, along with plans for community events leading up to the tournament.

Early-bird fans can sign up for a priority ticket list for a chance to purchase tickets as soon as they become available.