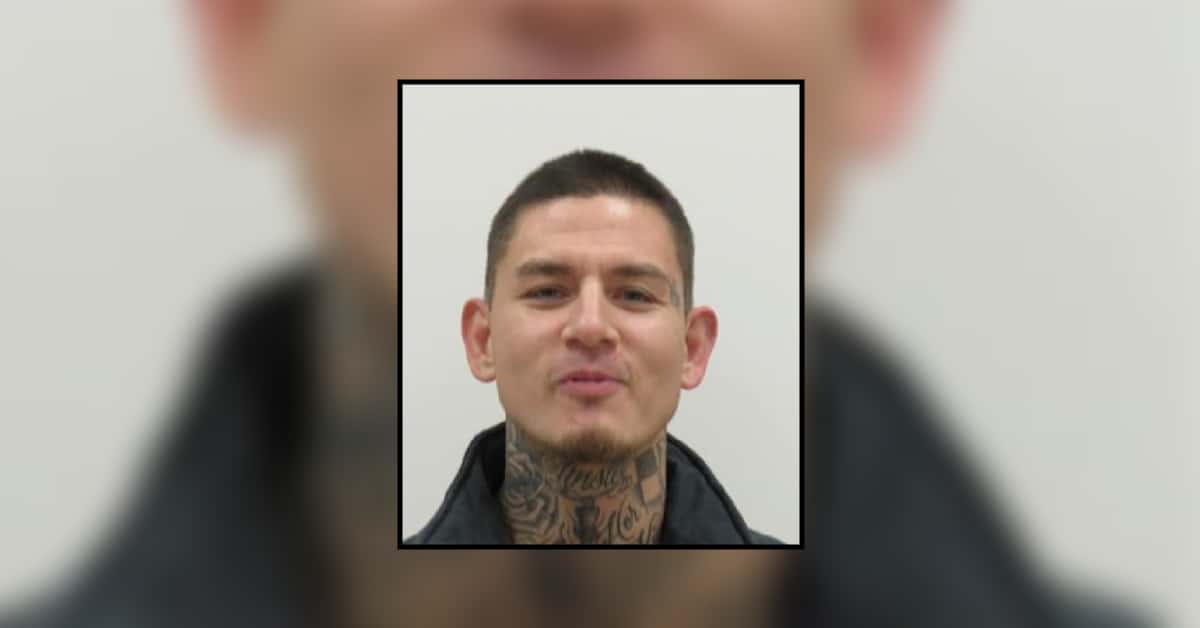 The Ontario Provincial Police (OPP) said Thursday (Mar. 26) it is requesting the public’s assistance in locating a federal offender who “frequents” Hamilton, Brantford, and Peterborough.

Sears is described as a 5-foot-10 and 190-pound Indigenous male with black hair and blue eyes.

Sears has several tattoos covering his entire body, which include the word “GOOBER” and a star on his neck; the word “CHLOE” and a rose on his left hand, and the imagery of a money bag on his right hand.

He also has the phrase “STEEL CITY” on his abdomen and tattoos in the area of his left eye.

Federal offenders can be granted a statutory release, which requires sentenced inmates to serve the final third of their sentence in the community under the supervision of Correctional Services Canada.

Anyone having contact with this offender or information in regards to his whereabouts is asked to call 9-1-1 or contact the Provincial R.O.P.E. Squad at 1-866-870-7673 (ROPE).