Canada to get up to 1.1 m more doses by March through global vaccine alliance 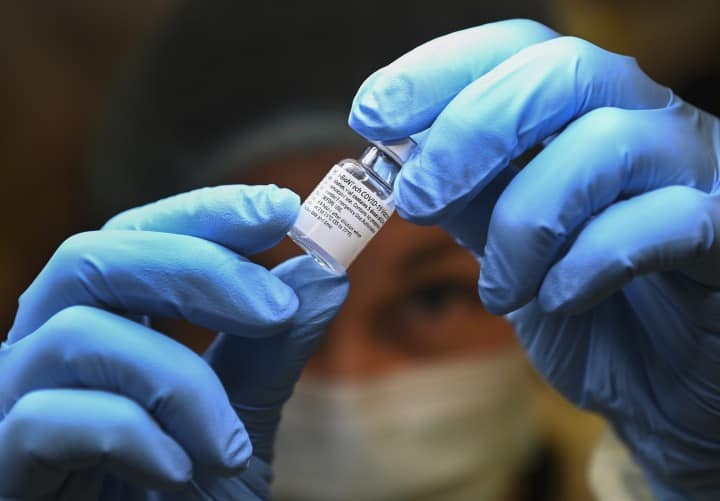 OTTAWA — Canada could get more than one million additional doses of COVID-19 vaccine by the end of March through a global vaccine sharing initiative known as COVAX.

But as with most things COVID-19, vaccine-related deliveries are mired in the uncertainty of regulatory reviews and potential production delays.

The COVAX Facility, co-ordinated by the World Health Organization and Gavi, The Vaccine Alliance, pools funds from wealthier countries to buy vaccines for themselves and for 92 low- and middle-income nations that can’t afford to buy on their own.

Canada contributed $440 million to COVAX in September, half of which secured doses for Canada directly, from about nine vaccines that are participating in the program.

The other half goes into a pooled fund to buy doses for 20 per cent of the people in 92 low- and middle-income countries.

Procurement Minister Anita Anand tells The Canadian Press that up to 1.1 million doses of AstraZeneca’s vaccine could arrive through COVAX by the end of March and up to 3.2 million total by the end of June.

“This represents a boost to the current six million doses expected from Pfizer and Moderna before the end of March,” said Anand.

AstraZeneca requires two doses per person, meaning the COVAX doses could increase Canada’s vaccination plan to 3.5 million people by the end of March and between 11 million and 11.6 million by the end of June.

The extra doses could get some of Canada’s most vulnerable people vaccinated faster, but for many of the world’s poorest countries, the COVAX doses starting to ship this winter will be the first COVID-19 vaccines they will see.

Canada has now vaccinated close to a million people with at least one dose of vaccines from either Pfizer-BioNTech or Moderna.

The COVAX doses are also in addition to the 20 million doses Canada purchased directly from AstraZeneca, but neither those nor the COVAX doses will start flowing until Health Canada approves the vaccine for use here.

The regulatory review is in its final stages with a decision expected by the middle of February.

The COVAX doses could begin shipping by the end of the month, but in addition to Health Canada’s approval, the World Health Organization has to issue its own regulatory approval, one of the requirements under COVAX.

That too is expected imminently.

Anand said the size of the deliveries will depend on production. Most vaccine makers, AstraZeneca included, are hitting numerous snags bringing their manufacturing lines up to full tilt.

“All countries are being given a range, given variables that are present in the supply chain at the current time,” she said.

Canada’s two authorized vaccines from Pfizer-BioNTech and Moderna have both been hit with delivery delays in the last three weeks because of production issues.

AstraZeneca is facing production problems at some of its plants in Europe. The vaccine maker is in a very public fight with the European Union that led to Europe imposing export controls on vaccines made in member nations.

Canada has received assurances its doses made in Europe will still be shipped.

However, Anand said Canada’s doses of AstraZeneca from COVAX are coming from South Korea, where the vaccine maker signed a deal with SK Bioscience to manufacture their product.

“The good thing about the South Korean option is that we are able to go there and not have a concern about the EU allocations,” said Anand.

She noted that deliveries to COVAX were exempted by Europe from export controls.

Anand said it’s not finalized yet where AstraZeneca intends to manufacture Canada’s other doses.

Canada and other developed countries have been criticized for using their wealth and influence to snap up a majority of vaccines for themselves. COVAX was supposed to prevent that, and International Development Minister Karina Gould said it is working as intended.

“It was designed so that you had developed countries be part of the process to encourage them to support it, but also to give COVAX the financial support that it needs to purchase vaccines on behalf of developing countries as well,” she said.

COVAX intends to distribute about two billion doses this year, which should be enough, it believes, to vaccinate the most vulnerable including front-line health workers and seniors.