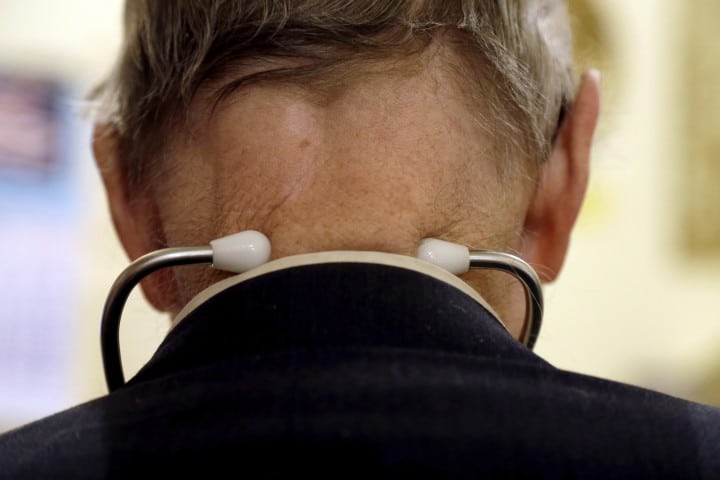 OTTAWA — Canadians are making unnecessary visits to their doctors’ offices and hospitals as the public health-care system lags behind other countries and the private sector in “virtual” care, according to a task force led by the Canadian Medical Association.

Canada was once considered to be at the forefront of virtual medicine with the introduction of telehealth consultations some 30 years ago, but members of the task force say the country’s public health care systems have failed to adapt as technology has progressed.

“We’ve fallen behind,” said Dr. Gigi Osler, the past president of the Canadian Medical Association, in an interview.

Virtual care can be any contact between a patient and health providers, be it by phone, secure messaging or video conferencing. Less than 0.15 per cent of all health-care visits in Canada are done virtually, according to some surveys reviewed by the CMA.

Compare that to estimates released by Kaiser Permanante, a giant American health-care consortium, that about half of interactions between its patients and their health-care teams are “virtual.”

The virtual care delivered in Canada is piecemeal in the publicly-funded system, while the rest is provided by the private sector, Osler said.

The reasons for Canada’s sluggishness to adapt vary from province to province. Some lack the policy and legislation that would enable physicians to reach out to patients outside their offices; some pay only for in-person visits. Health providers are often restricted from dealing with patients outside their provinces’ borders.

All that adds up to an inefficient system that makes it difficult for some people to get health care when they need it, especially in remote communities, Osler said.

The task force, which includes the Royal College of Physicians and Surgeons of Canada and the College of Family Physicians of Canada, released a report Tuesday with 19 recommendations to improve access to health care by phone or online.

The organizations also plan to seek out places where a form of virtual care is already working, to see if it can be expanded to other jurisdictions. Provincial telehealth systems, once the leading edge, vary widely from province to province. Ontario has been actively expanding videoconferencing between patients and physicians by funding it at the same rates as face-to-face visits but it’s barely an option in some other places.

Osler said the technology already exists, and so does the demand, and private providers are putting them together profitably. She said public systems need to catch up.

“If we don’t, we are going to see a widening of the gap between Canadians who can access and afford virtual healthcare and those who cannot.”