Canada settles for 0-0 draw with Korea in soccer friendly; Whitby’s Sheridan steady in goal but lack of finishing costly 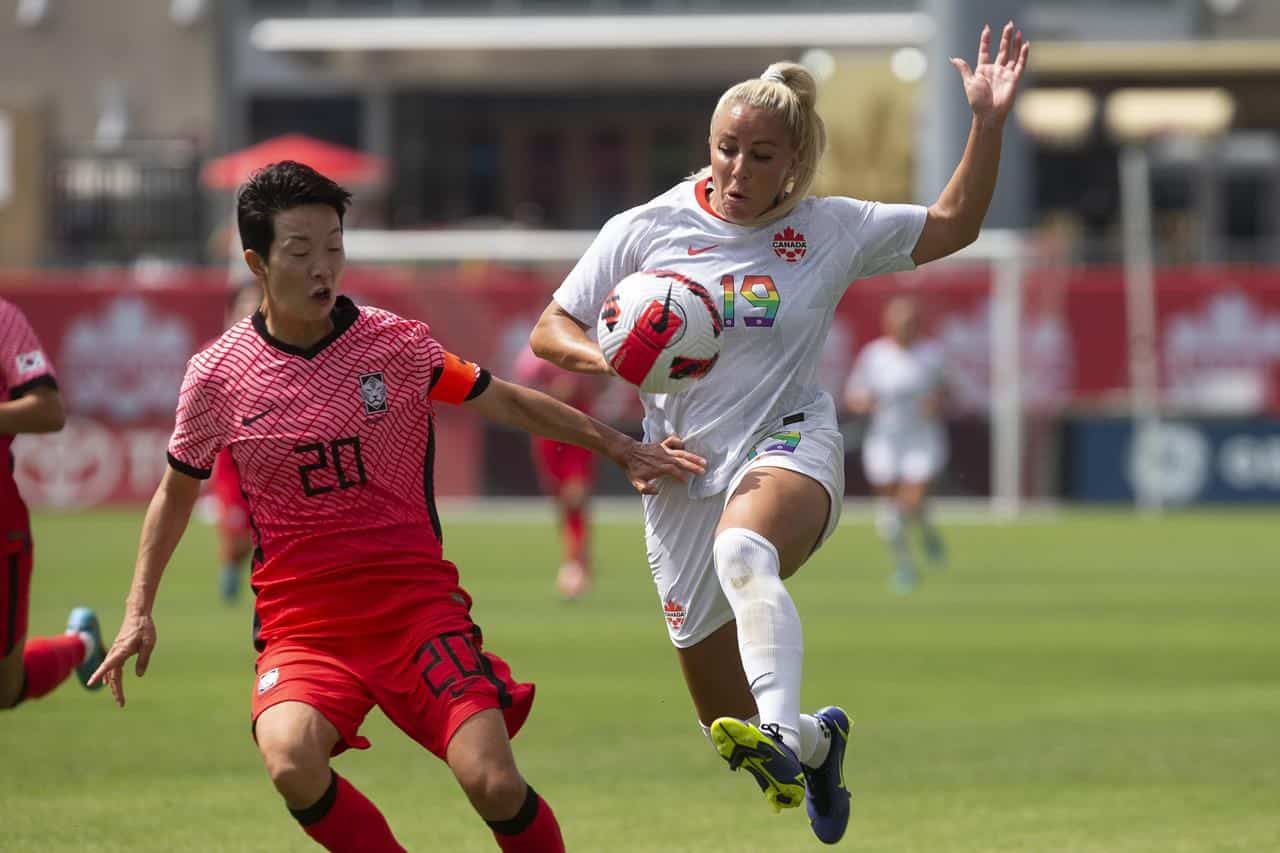 Canada's Adriana Leon fights for possession during Sunday's friendly against Korea at BMO field. The match ended in a 0-0 draw. Photo by the Canadian Press

TORONTO — Canada pushed the pace for most of the game at BMO field Sunday afternoon and enjoyed a huge territorial advantage but continued a concerning trend of late of not being able to finish, with the final result a scoreless draw against Korea, the Canadian squad’s last tuneup before before next month’s CONCACAF W Championship in Mexico.

Since a 5-1 blowout win against New Zealand last October the defending gold Olympic gold medalists have scored just eight goals in their past nine matches, with half of thos goals coming in  a par of matches against 39th-ranked Nigeria in April.

The Canadians set the tone early, firing six shots at Korean goalkeeper Younggeul Yoon in the first half, while carrying a 71-per cent possession advantage. The attack began in the fourth minute when Canadian forward Janine Beckie’s cross found Jordyn Huitema in the penalty area. Huitema’s header sailed just wide of the goal.

In the 17th minute, Beckie had another kick toward the goal. Kadeisha Buchanan connected with a header that bounced off of Yoon and in front of the net before landing on top of the goal.

Buchanan’s attempt was the only shot on target in the opening half.

The 18th-ranked South Koreans managed just two shots toward the goal in the opening half with none of them hitting the target. Soyun Ji had the best chance when her shot from just outside of the middle of the box went to the left of the goal.

Ji had her team’s first shot on target in the 52nd minute when she carried the ball in from the right side but Whitby’s Kailen Sheridan, a steady presence in net all match for Canada, was there to corral the ball.

Canada continued to push in search of the opening goal. Second-half substitute Vanessa Gilles headed a corner kick opportunity wide of the goal in the 71st minute.

Nichelle Prince of Ajax was the last of five substitutions for the sixth-ranked Canadians, coming in for the always dangerous Adriana Leon in the 75th minute. The host side made several attempts towards the end of the match to score but the South Korean defence held steady. 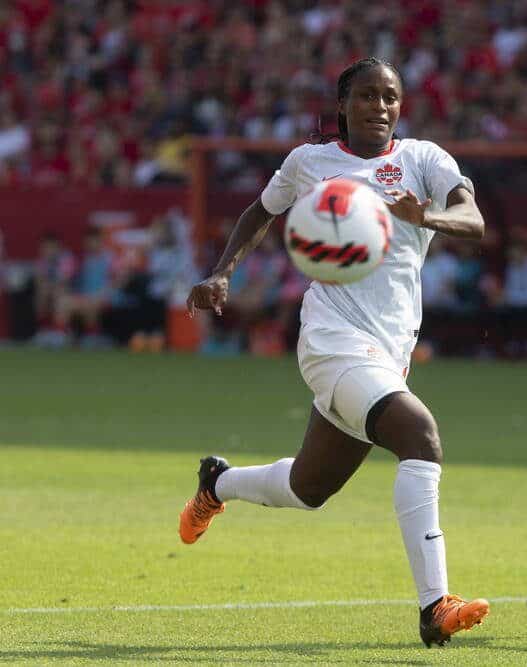 Nichelle Prince of Ajax chases down the ball in second half action against Korea Sunday. Chris Young Canadian Press

In the final play of injury time, Canada had three consecutive shots toward goal. Shots from Buchanan and Gilles were saved brilliantly by Yoon and Deanne Rose’s chance right at the death was smothered by the Korean ‘keeper.

Canada finished with a 13-3 advantage in shots. Canadian veteran Christine Sinclair did not enter the match, despite being made available as a reserve.

She did not take part in training on Saturday after Canadian head coach Bev Priestman disclosed on Friday that the veteran forward is dealing with an undisclosed injury.

The match, played in front of 15,616 fans, with a strong component of youth players and their families in attendance, making for a very different vibe from the stands.

Next month’s CONCACAF W Championship in Mexico will serve as a qualifier for both the 2023 FIFA Women’s World Cup in Australia and New Zealand and the 2024 Paris Olympics.

Notes: Before the match, Canada Soccer honoured former player Diana Matheson, who retired last year just before the Tokyo Olympics. … Jessie Fleming earned her 100th cap for the national team and served as captain in place of Sinclair.

With files from Glenn Hendry