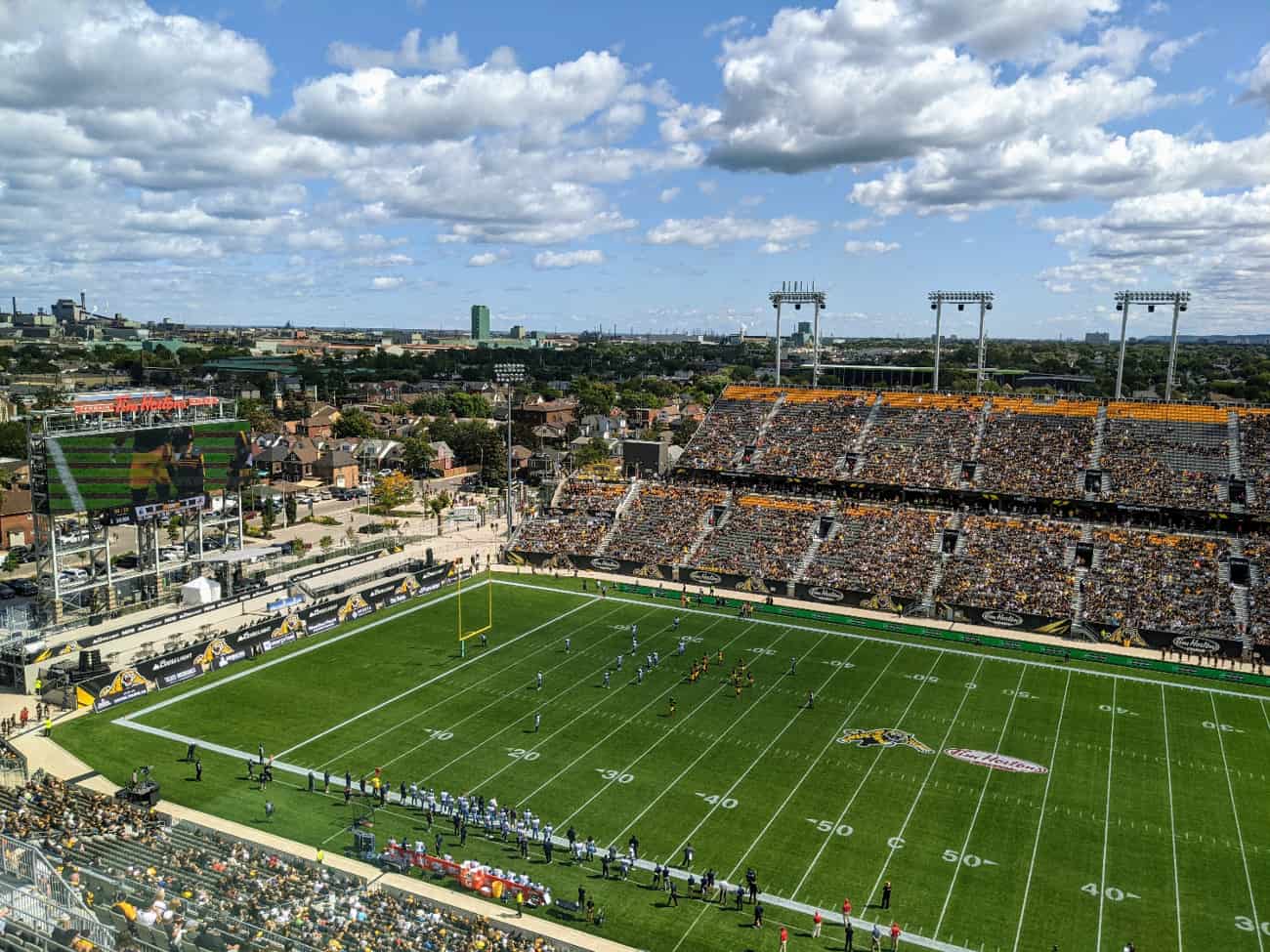 When it was announced on Aug. 23 that both the Hamilton Tiger-Cats and Forge FC would be requiring proof of vaccination or a negative COVID-19 test from fans and staff entering Tim Hortons Field, the response was overwhelmingly positive (and don’t let the very loud minority convince you otherwise).

While the policy is a good one, there were questions as to how effective the execution would be.

Is event staff really expected to check the ticket, bag, flask, and proof of vaccination/negative COVID-19 test of every single person who entered? Between regular-season games for the Ticats and Forge in September and the 108th CFL Grey Cup in December, Tim Hortons Field could have anywhere between 1,000 and 40,000 people entering the stadium. That’s a lot to ask of event staff, especially when you factor in any trouble makers.

Well, staff got their first major test on Labour Day with the Toronto Argonauts in town for the (mostly) annual Classic. More than 15,000 people entered Tim’s Field and they were all expected to show the proper documentation.

With first-hand experience as a media attendee, I am here to report that the first major test was passed with flying colours.

Sure, the lines at the gates were exceptionally long and some individuals missed kick-off. But without an efficient immunization documentation system in place by the Ontario government, stadium staff couldn’t simply scan QR codes. Instead, they had to inspect individual printed or digital certificates like bouncers checking ID at the world’s largest nightclub. Only there isn’t a segment of the population angrily protesting proof of age. Because that would be silly… right? Instead, event staff arrived at work with the added stress of knowing they could be met with hostility for simply doing their job.

Neither the Hamilton Tiger-Cats nor the Hamilton Police Service reported any major incidents at the gates of Tim Hortons Field. I also haven’t seen any videos of event staff being harassed by unruly anti-vaxxers on Reddit, the world’s most trusted news source.  Surely, that’s in large part, a testament to the effectiveness and professionalism of the staff at the stadium.

I hate to give credit to people for showing basic civility, but great job Ticats and Argos fans for not being overly difficult — I guess.