The lakefront communities of Mississauga, such as Port Credit, Lakeview and Clarkson, have traditionally been the more conservative voting areas of the city, and the historic voting patterns of the area have validated that trend.

Save for one brief interruption in the 1930s, from 1919 to 2003 the provincial Ontario Conservatives (in all their previous incarnations) have held south-end Mississauga's provincial seat when it was known as Peel, until 1967 when the riding divided in two, with one half becoming Peel South. As Mississauga South since the mid-1970s, the area had been represented by some of the biggest names in PC party history, including two former premiers during the Progressive Conservative's 42 year run in government. 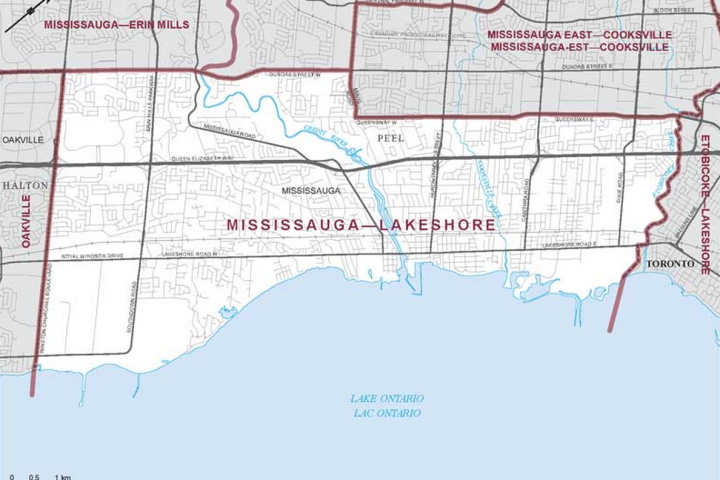 But since 2003, the riding’s local PCs have been unsuccessful in retaining this long time historically PC riding in their fold. The last Ontario PC MPP for Mississauga South, Margaret Marland, was a former city councillor and briefly a cabinet minister under former premier Mike Harris. Marland managed to squeak out wins and win by large margins during the tougher political periods for the party from the mid 1980s and throughout the 1990s. However in 2003, even though while most media outlets predicted that Mississauga South was one of the safest conservative seats in Ontario, Marland lost to Liberal candidate Tim Peterson by 234 votes.

Many would have chalked the Liberals snagging Mississauga South as a fluke; Tim Peterson (whose brother David was a former Liberal premier of Ontario) ended up switching parties before the 2007 election to become an Ontario PC MPP. However, his nomination was not without controversy after the party forced the nomination of an ex-Liberal onto local party activists. Some may say that contributed to an increased plurality for the then new Liberal standard bearer, Charles Sousa, in hanging onto the riding over Peterson by 5,000 votes in 2007.

At first Sousa's victory seemed like a fluke too. Tory infighting and the selection of a "tainted" candidate who was from the other party may have doomed the Tories from the beginning in their traditional stronghold, and the old adage is voters would prefer to select the party that looks like they've got their own house in order to be in charge. The other factors were that the Liberals selected a near perfect candidate in Charles Sousa.

Sousa had a background in the Bay Street banking sector, so leaned more towards to economic/business side of the Liberals, which perhaps did enough to assure the more fiscally-conservative minded voters in Mississauga South that the party was not all about "tax and spend" policies as characterized in the press and by other parties. Sousa also made a run for the provincial Liberal leadership after Dalton McGuinty stepped down, and after that contest concluded was appointed as the provincial Finance Minister, an influential position he has held since 2013.

Since 2007, Sousa has beaten back Tory challengers with relative ease. He beat local lawyer Geoff Janoscik in the 2011 election and Effie Triantafilopoulos, who has relocated to Oakville and is now seeking the provincial nomination in Oakville North-Burlington. In both instances, the Ontario PCs only managed to snag around 35 per cent of the vote, mainly winning polls in the Lorne Park neighbourhoods, but the Liberals with Sousa as the candidate regularly win 50 per cent of the vote, winning in polls just about everywhere else, as shown in the picture below of the results from the 2014 election. 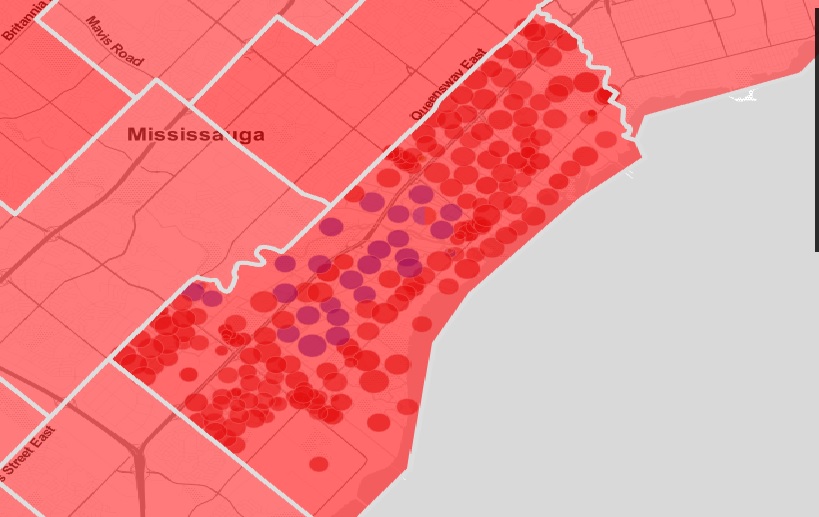 With Mississauga undergoing enormous demographic changes such as increasing population in the last decade and a half, there are newer, younger residents moving into neighbourhoods like Clarkson, Port Credit and Lakeview; more progressively minded and more inclined to vote Liberal in subsequent elections, as they have demonstrated. The challenge for the Ontario PCs to is expand beyond Lorne Park and pick up enough votes in the other areas of the riding to at least be more competitive than just snagging 35 per cent.

For the 2018 election, the riding has been renamed Mississauga Lakeshore, but the area essentially remains the same. The current PC candidate is Rudy Cuzzetto, an auditor for 30 years with Ford Canada and has served in several volunteer roles with resident associations in Mississauga and with the PC party. Cuzzetto has a pretty solid background and the Ontario PCs are currently riding high in the polls, but those polls are only a snapshot. 35 days in an average election campaign is a long time for the leaders of the Ontario PCs, Liberals or NDP to take advantage of their opponent’s mistake if they make one, and voters’ minds are quite fluid once a campaign gets underway.

Coupling that with a strong incumbent like Charles Sousa in Mississauga Lakeshore, and Cuzzetto and the local riding PCs have a tough fight on their hands regardless of where the polls are. As they always say, the only poll that matters is the one on Election Day.

A west coast burger joint just opened in Mississauga
We're of the opinion that you can't have too many good burger joints, so we will happily welcome popular burger spots to the city.
END_OF_DOCUMENT_TOKEN_TO_BE_REPLACED