Can Millennials Realize Their Homeownership Dreams in Mississauga? 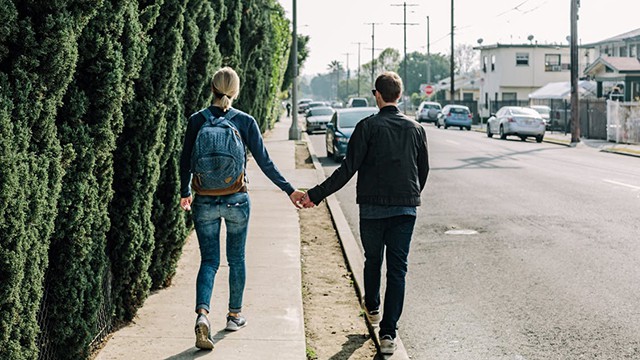 It’s no secret that millennials are going to have trouble purchasing homes, but few people stop to think about millennials will, directly or indirectly, actually change real estate.

Royal LePage’s recently released Peak Millennial Survey shows something many Canadians like already knew: millennials want to own homes just as much as their parents and grandparents, but challenges to homeownership exist in varying degrees across the country in regards to affordability and mortgage regulation.

But while challenges exist, millennials represent a cohort that cannot be ignored. According to the survey, the number of 25-30 year olds is set to grow again and those peak millennials are going to create strong wave of demand.

According to the survey, high home values in Canada’s largest urban markets and job uncertainty in other regions mean new strategies and different priorities for what the survey is calling ‘peak millennials–a term coined to describe the largest cohort of the millennial demographic and the impact of their potential purchasing power.

The demographic, the survey says, is an important one. With peak millennials now reaching their late 20s, the number of people aged 25 to 30 is projected to increase 17 per cent in 2021 compared to 2016.

“Whether they choose to buy or rent, peak millennials will inevitably shape the housing market due to their sheer volume,” said Phil Soper, president and CEO, Royal LePage. “We expect demand from this demographic to put additional pressure on entry-level housing and investment properties being used to supplement the limited inventory of purpose-built rental buildings.”

While millennials want to own homes, the challenges they face in Mississauga and other cities are numerous. Royal LePage says the cross-Canada survey conducted by Leger found that 87 per cent of Canadians aged 25 to 30 believe homeownership is a good investment. But while 69 per cent hope to own a home in the next five years, only 57 per cent believe they will be able to afford one.

As far as the GTA goes, a relatively strong job market is offset by a persistent lack of affordable housing options. It’s easier to land a secure job in Mississauga than in other parts of Canada, but significantly more expensive housing makes the scenario a bit of a wash.

“Facing challenges their baby-boomer parents never encountered, peak millennials are confronted with significant obstacles that vary depending on where they live,” says Soper. “While finding employment in our largest urban markets, Toronto and Vancouver, is relatively easy compared to other areas of Canada, buyers face limited inventory and high home values in these regions. Where prices are more affordable, job markets can be more uncertain.”

And although some young people still dream of owning a detached home, that goal is starting to feel out of reach for many.

The survey notes that 61 per cent of respondents would prefer to buy a detached home, but only 36 per cent believe that they will realistically be able to buy one (and with detached houses sitting around $1 million in the 905, their doubts are reasonable).

Fortunately, it appears young buyers are adjusting their expectations.

The survey says respondents are open to “other property types” and are willing choose the suburbs over the city to save on housing (52 per cent).

Sixty-one per cent of respondents said they’re open to moving to more affordable cities–such as London, Hamilton and Ottawa–in order to own homes.

So, how can cities keep millennials within their borders and adjust to “fit” the new millennial budget?

Build more affordable housing developments (something Mississauga has already been doing with a strong focus on condos).

“While peak millennials are becoming increasingly inventive in their quest for homeownership, careful attention to urban planning could help to alleviate some of their constraints,” said Soper. “By focusing on vertical living, and developing larger, affordable condominiums in urban markets, supply limitations would ease, providing long-term, appealing solutions to young buyers in search of affordable property.”

The survey says 64 per cent of peak millennials currently believe that homes in their area are unaffordable, with a significant proportion of respondents in both British Columbia (83 per cent) and Ontario (72 per cent) asserting that prices are simply too high. A a quarter (24 per cent) of respondents are unable to qualify for a mortgage.

As far as the Ontario goes, the survey says prospective buyers with a budget of $350,000 typically purchase a 2.5 bedroom, 2.0 bathroom two-storey property with 1,338 sq. ft. of living space.

That’s not the case all cross the province, however.

“In the Greater Toronto Area, purchasers often receive significantly less for $350,000, netting a 910 sq. ft. condominium with 2.0 bedrooms and 1.5 bathrooms on average,” the report reads.

While 59 per cent of peak millennials surveyed in Ontario would like to buy a detached home, only 30 per cent believe they will be able to afford one.

“As affordability continues to wane in Ontario’s largest markets, many purchasers have become increasingly inventive in their pursuit of homeownership,” said Tom Storey, sales representative, Royal LePage Signature, the Storey Team in Toronto. “Having saved up a significant amount of money in an attempt to buy a home, many peak millennials have begun to purchase property outside of their markets in more affordable suburban areas, electing to rent them out in order to build enough equity to enter the province’s more prominent areas.”

Millennials are also feeling pressured to purchase now, as the market has been unpredictable.

“To many peak millennials, entering the real estate market as quickly as possible is no longer just a good idea, it’s a must,” added Storey. “After witnessing significant home price appreciation occur for months, if not years, their perspective is that they must enter the market in the immediate-term to avoid being completely shut out, missing the opportunity to move up the property ladder, as they’ve seen so many do.”

It’ll be interesting to see if governments and urban planning organizations move to accommodate millennials by focusing on high-rises (which are typically much cheaper than low-rise structures) in an effort to keep younger people in the GTA and other major metropolitan areas.