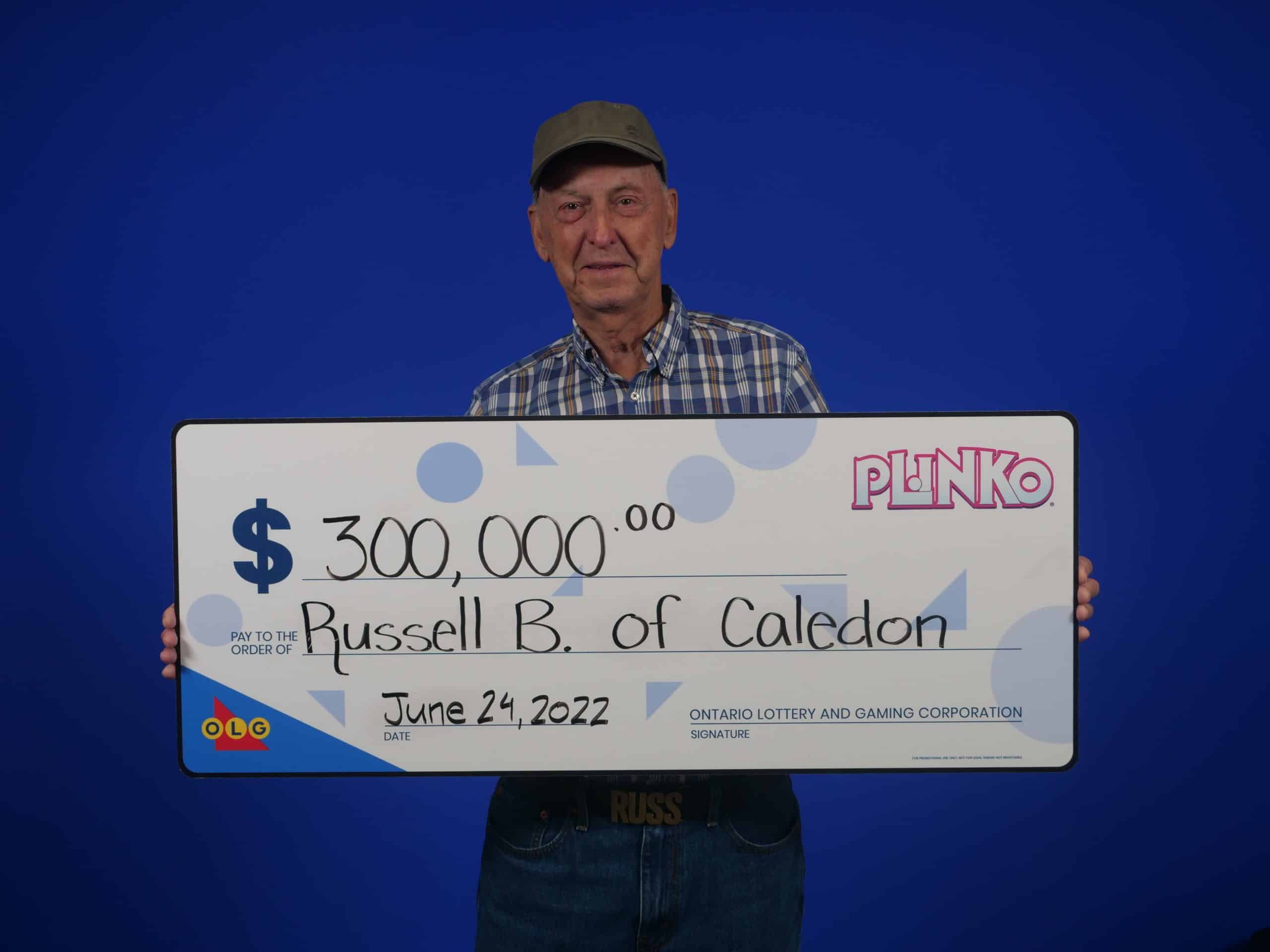 Russell Bennett was out getting groceries when he decided to check an Instant Plinko scratcher ticket he bought at a convenience store in Georgetown.

The retiree said he couldn’t believe his eyes when he discovered he’d won $300,000.

“This is my first big win. I’ve been playing the lottery for many years,”  Bennett said of the $300,000payout while claiming his winnings at the OLG Prize Centre in Toronto.

The Caledon father says he plans to purchase a new car with his winnings once the shock wears off.

“This win hasn’t sunk in yet, but it will in a few days,” Russell said.

Based on the popular game on The Price is Right, $5 Instant Plinko combines popular scratch play with prizes revealed in-store by an animated chip drop on the lottery terminal screen.

OLG is booking in-person prize claim appointments at the OLG Prize Centre in Toronto and is encouraging winners with claims between $1,000 and $49,999.90 to submit their claims online or mail them.

The winning ticket was purchased at the Delrex Smoke & Gift on Guelph Street in Georgetown.