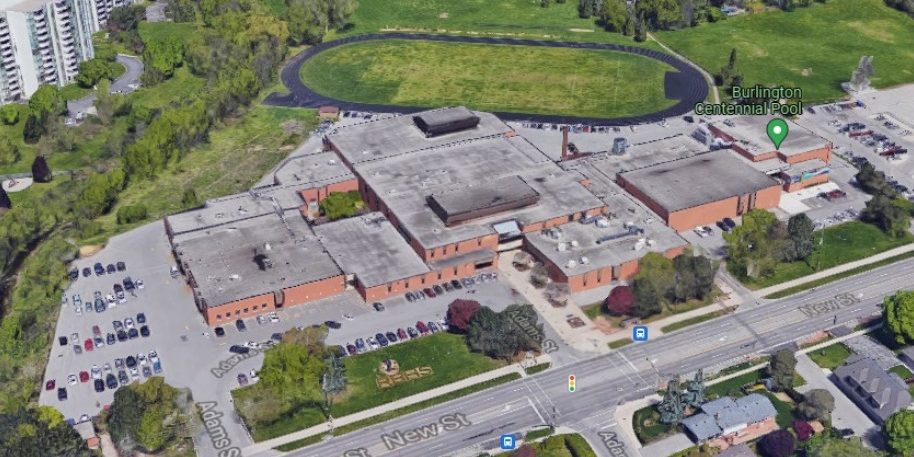 An aerial view of the Robert Bateman High School site the City of Burlington has acquired.

Burlington residents are in favour of a land swap between the City and the Halton District School Board (HDSB) that will see a chunk of land traded for vacant Robert Bateman High School.

The results of a recent online survey shows 73 per cent of the respondents were in favour of the transaction that will see the City give up approximately five acres of  land near Burlington Central High School that includes a football field and running track. In exchange the HDSB will trade Robert Bateman High School which has been closed for the past two years.

The survey, completed by 115 people, also shows that 87 per cent are in favour of turning the old high school into a satellite site of Brock University for post-secondary courses. The site may also be used by the HDSB as classroom space.

Burlington and the school board have been working on the deal for some time and future plans for the Bateman site have varied. As well as maintaining it for educational purposes, the City has also suggested it could be turned into a community centre. There has been talk the City will also have to send $50 million to the HDSB as part of the deal.

As negotiations between the sides continue, a virtual public meeting on the matter will be held Tuesday, May 31 at 7 p.m. to get more input from residents and stakeholders. Registration is not necessary and the meeting can be viewed here.