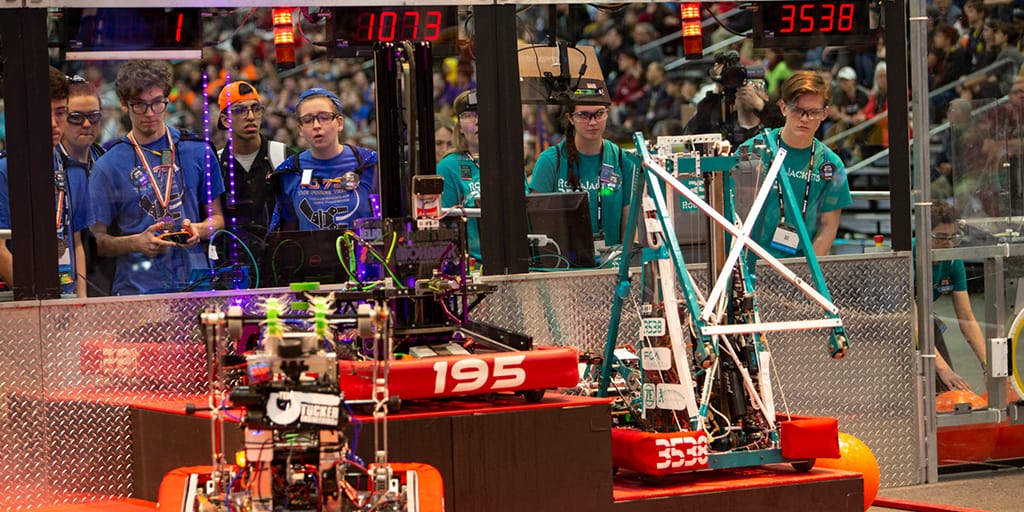 Six teams of Halton students will be competing at the FIRST Robotics provincial championships in Mississauga this weekend.

High school students from Burlington, Oakville and Halton Hills will be among the competitors at this week’s FIRST Robotics provincial championships.

Being held in Mississauga, six Halton District School Board teams will be competing, two from Oakville Trafalgar High School in Oakville and one each from Oakville’s Garth Webb Secondary School, Georgetown District High School and Burlington’s Central and MM Robinson high schools.

“Our Halton FIRST robotics teams worked extra hard this season coming out of lockdown, with tight timelines to build their robot in time to compete in their first qualifier at the beginning of March,” said Veronica Kleinsmith, lead for the Specialist High Skills Major and Pathways programs with the HDSB.

“All HDSB teams built impressive robots this year and three of our schools are ranked in the Top 6 in Ontario going into this provincial competition. Each team raises funds from community and business sponsors, designs a brand for their team, hones their teamwork skills, builds and finally programs their robots for a difficult field-game challenge.”

Established in 2001, FIRST Robotics inspires young people to be leaders and innovators in science and technology by engaging them in exciting mentor-based programs that build science, engineering and technology skills to inspire innovation and foster self-confidence, communication and leadership.