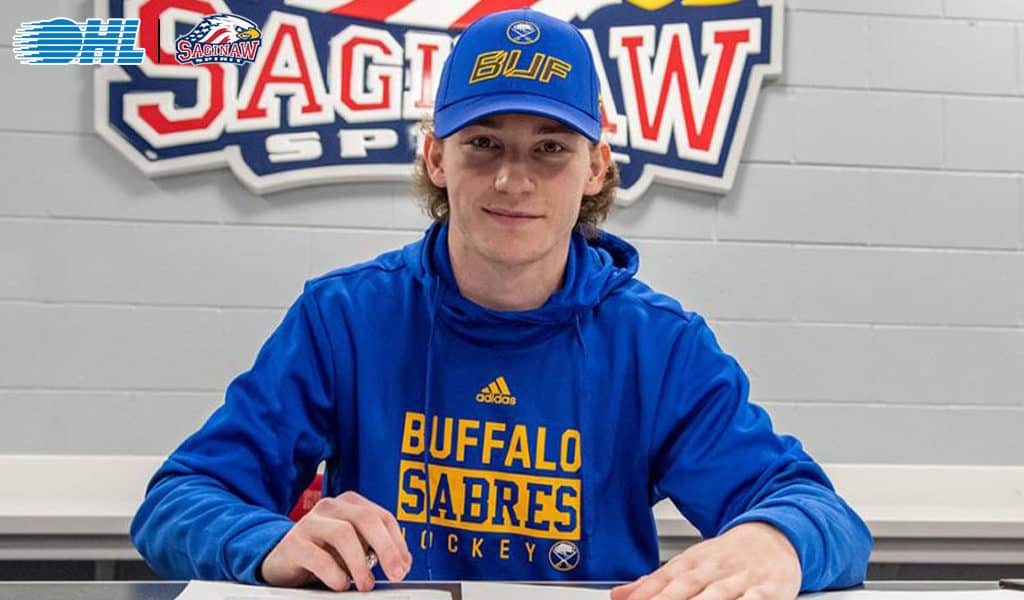 The 18-year-old forward signed a three-year, entry-level deal with the Buffalo Sabres on Monday.

Bloom, the Sabres’ 95th overall selection in the 2021 NHL Entry Draft, led Saginaw with 30 goals and 60 points in 66 games this season.

He will report to the Rochester Americans of the American Hockey League where he will finish the remainder of the season on an amateur tryout.

The COVID-19 pandemic forced the cancellation of the 2020-21 season, but Buffalo’s third-round pick returned to the ice this season with a force.

“Last year we didn’t play, but he took that time to get a lot faster and a lot stronger, and now he has totally dominated the league so far in his own way,” Saginaw general manager Dave Drinkill told Sabres.com in December.

“One of the first things you’ll notice with Josh is his speed. The way he can crash the net and get past defenders is a coach’s dream.”

Because he won’t turn 19 until June, Bloom will not be eligible to play in the AHL next season. He must make the Sabres club out of NHL training camp or will be returned to Saginaw.