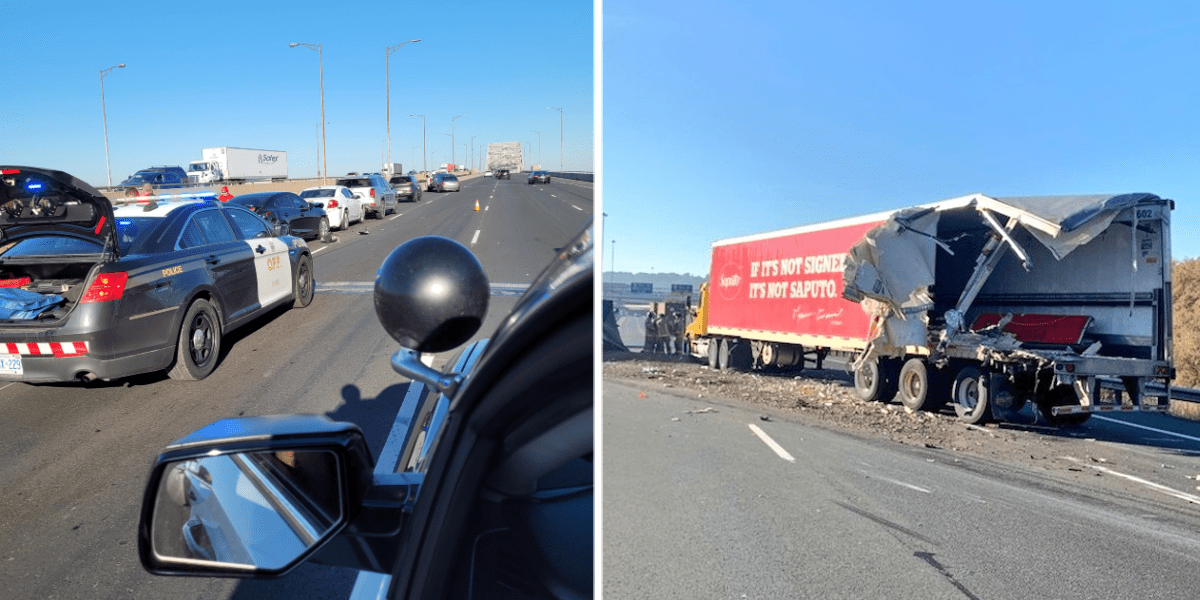 It’s a frustrating Monday morning for many drivers in and around Hamilton and Burlington. Multiple collisions caused chaos on both the 403 and the Burlington Skyway bridge.

A multi-vehicle collision just after 9 a.m. on the skyway led to the blocking of three out of four eastbound lanes. Provincial police (OPP) tweeted just after 9:30 a.m. that cars were being hooked up to tows and that delays should be expected.

This came at around the same time as a rollover collision involving a commercial vehicle on the 403 in west Hamilton — closing a portion of the highway.

Traffic was being diverted off the westbound 403 to York Blvd and motorists were warned to expect significant delays.

Crews were expected to remain on the scene for an extended time to clean up gravel that spilled from one of the three vehicles involved in the collision.