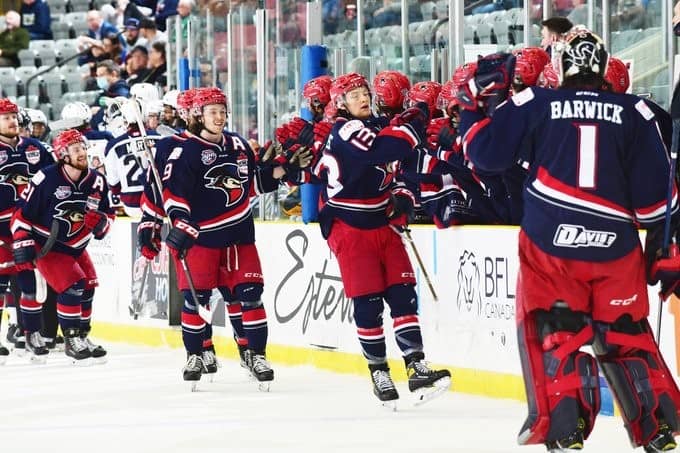 The Pickering Panthers found out the hard way that giving the defending Centennial Cup champions too many power plays is a very bad idea.

The much-anticipated battle for top spot in Group A between Pickering and Alberta champion Brooks Bandits – the 2019 Centennial Cup champs – turned out to be no contest at all as Brooks’ vaunted power play punished Pickering for their parade to the penalty box in a 9-1 thumping that clinched first place for the Bandits and with it, a bye into the semi-final.

Six of Brooks’ goals were via the power play as Pickering’s penalty kill unit – which operated at a stellar 87 per cent efficiency rate during the league playoffs – could not handle the pressure.

TJ Hughes, a 66-goal man during the regular season, had a hattrick for the Bandits in this one, with six other players figuring in on the rest of the scoring. Dustin Hutton scored the lone Pickering goal.

Brooks led 2-0 and 5-1 before exploding for four unanswered goals in the third, including three with the extra man. The fifth goal chased Pickering starter Zach Roy, with Andrew Ballantyne finishing up.

Pickering (3-1), with its preliminary schedule complete, will play the third place team from Group B on Friday in a quarter-final.