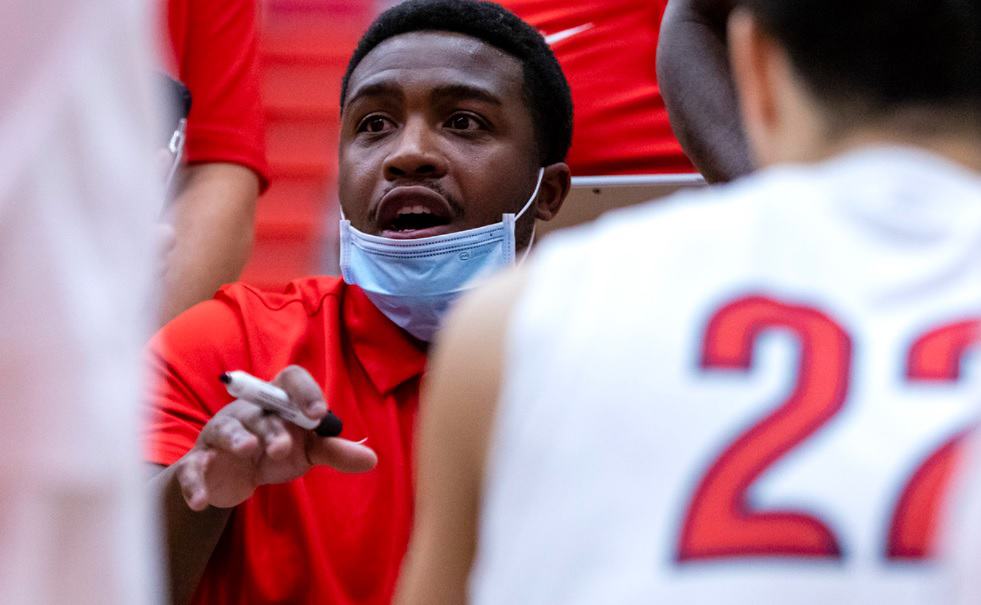 A playoff run spurred by talented transfer T.J. Lall, et al., has led to the Brock Badgers earning the No. 1 seed the U Sports men’s basketball Final 8.

The seeding for the tournament that takes place from April 1-3 in Edmonton was announced Sunday. The Badgers, guided by head coach Willy Manigat, won the Wilson Cup, the the Ontario University Athletics title, with a 95-75 home-court win against the Queen’s Gaels the previous day.

The only other time that the Badgers have been the No. 1 seed was in 1992, when they also won the national title. The 2008 national title team was seeded No. 7 after finishing third in OUA.

This time around, Brock will face the No. 8-seeded Saskatchewan Huskies at 3 p.m. on Friday.

The floor leadership from the likes of OUA co-MVP Lall, Godsman Kwakwah and Kascius Small-Martin has helped Brock win three playoff games by an average of 19 points. The dominant run put them in position to benefit when the top two-ranked teams in the nation, the Carleton Ravens and tourney host Alberta Golden Bears, were both defeated in their conference playoffs.

Queen’s earned the No. 5 seed, on the virtue of having dealt Carleton its first defeat in an OUA semifinal since 2006 back on March 23. Carleton, led by OUA co-MVP and Niagara River Lions alumnus Lloyd Pandi, was slotted in as the No. 7-seeded wild card.

Carleton had been either the No. 1 or 2 seed for 13 consecutive years.

The entire tournament, along with the women’s basketball and men’s hockey championships where Brock teams are both No. 4 seeds, will be streamed through CBC Gem and cbcsports.ca.

Saskatchewan-Brock and and Queen’s-Dalhousie are the afternoon quarterfinals on Friday. Alberta faces the McGill Redbirds at 8 p.m., and Carleton faces the Victoria Vikes in a 10 p.m. start.

Rematch with Rams for Rao’s Badgers?

The women’s basketball Badgers have to first get by Acadia in a quarterfinal on Thursday. But their draw puts them on course for a rematch against the undefeated and No. 1-seeded Rams, whom they blew a sizable lead against during the Critelli Cup last Saturday.

The downtown Toronto-based Rams are a perfect 21-0, but just barely after their 72-70 win at Brock on Saturday. The Badgers had a 22-point lead with seven minutes left before the Rams reversed course.

Brock, which has drawn leadership from fifth-year senior forward Mackenzie Robinson and rookie guard Maddie Weinert of late since OUA co-MVP Sam Keltos left to begin a pro stint in Australia, is 16-3. The three defeats for coach Mike Rao’s squad have been by a combined four points.

Keltos, a St. Catharines native, signed her Australian deal in January while OUA competition was paused due to the Omicron surge of COVID-19. U Sports basketball championships are usually held in early March, but COVID-19 also lengthened the timeline for the season.

Brock’s potential semifinal game is at 6 p.m. on Saturday. The final is also a 6 p.m. start on Sunday.

On the ice, Brock has drawn the St. Francis Xavier X-Men, the same opponent it had in its last foray into the U Sports University Cup four years ago in 2018. The Badgers and X-Men square off in Wolfsville, N.S., 12 noon on Thursday in the opening quarterfinal.

The Badgers, whose offensive leaders include Thorold’s Christian Girhiny and captain Jared Marino of Niagara Falls, powered through the OUA West side of the Queen’s Cup playoffs to earn the berth. Recent history might not be a good omen, as the Ontario conference is on a 12-game loss streak in the tournament. The OUA West reps have also been outscored 18-4 in their last four quarterfinals.

Top-seeded Alberta and host Acadia are on the same side of the draw. The semifinal games are at 12 noon and 6 p.m. on Saturday, with the championship game set for at 6:30 p.m. on Sunday.

Out in Winnipeg, the McMaster Marauders went out on a winning note, capturing the consolation title at the Canadian university men’s volleyball championship on Sunday. Rookie outside hitter Brendan Mills amassed a team-most 12 kills during a four-set 25-17, 25-14, 16-25, 27-25 against the Manitoba Bisons.

Fellow outside hitter Peter Rugosi chipped in 10 kills and four digs for the Marauders. The Hamilton powerhouse went out west as the No. 2 seed, but fell in four sets against Calgary last Friday.

Alberta won the national title, with the Trinity Western Spartans and Sherbrooke Vert et Or earning the silver and bronze medals.

This season, McMaster won the Forsyth Cup, the OUA championship, for the 10th time in the last 14 seasons under coach Dave Preston. It was their first since 2018.

In Calgary, Brock finished sixth nationally after losing against the University of Toronto Varsity Blues in the consolation final on Saturday. Toronto took a 17-25, 25-23, 28-26, 25-12 four-set victory in a lower-stakes rematch of the OUA final eight days ago. Rookie Madison Chimienti powered down 14 kills, and Fonthill native Emily Foest fired home nine of her own.

Trinity Western won the title. The hometown Mount Royal Cougars, who defeated Brock in the quarters, earned silver. The Alberta Pandas earned the bronze medal. Badgers bench boss Steve Delaney was also named the national coach of the year before the tournament.