BREAKING: Triple Shooting, One Dead and Two in Hospital in Mississauga 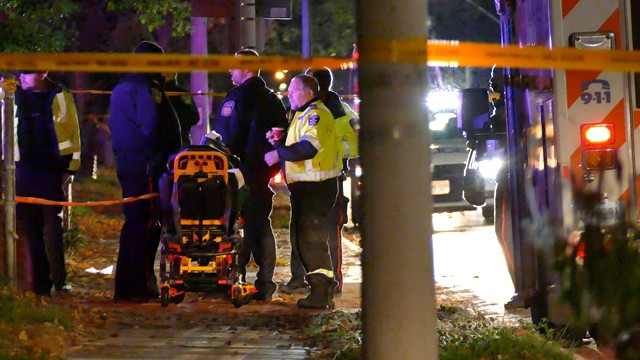 At 4am Saturday a shooting occurred that left three people shot, among them one that was declared dead on scene and two were transported to hospital.

Peel Paramedics received a call for a shooting at the corner of Eglinton and Creditview in Mississauga by Streetsville.

At that scene Peel Paramedics treated one patient before they were transported to the hospital in an ambulance with lights and sirens followed by a police cruiser.

Officers from the PRP cordoned off a large perimeter around the Shell gas station (Eglinton and Creditview) where a parked car can be seen with bullet holes. 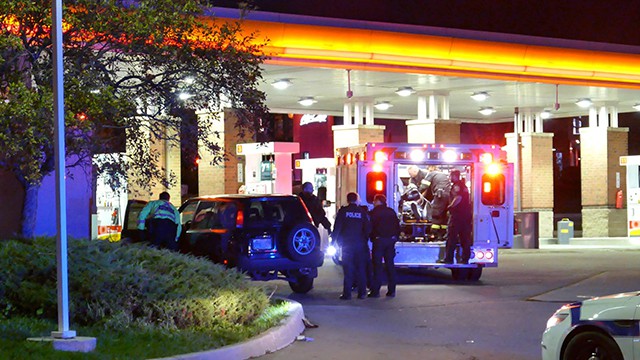 Unconfirmed reports suggest that the victim was shot in the chest in a car. At the same time, crews responded to another party that was shot at a nearby location, reporting that EMS and police officers were performing CPR on a victim on the ground.

At that scene on Queen Street and Church Street in Streetsville, one victim was declared dead. A third person was found at a Mississauga Hospital also suffering from gunshot wounds.

No information has been released about the suspects at this point.

Triple Shooting, One Dead and Two in Hospital in Mississauga from insauga on Vimeo.

UPDATE Re: 2 parties that were earlier transported to hospital injuries not life threatening for one, other party still in serious condition

#PRP on scene of shooting in area of Queen Street and Thomas Street #Mississauga. Area roads closed for investigation. Updates to follow.

Homicide Bureau had been notified and will be taking over investigation.