After years of waiting, a major project is finally moving forward in Mississauga.

For those living in Malton, the promise of the Goreway Bridge construction over the Canadian National Railway (CNR) tracks has gone on for over ten years.

Goreway Drive is the four-lane major collector roadway that has a crossing with the CNR at the boundary between the City of Mississauga and City of Brampton. The location where the Goreway Bridge is expected to be completed sees approximately 15,000 vehicles a day, all of which are being stopped by 50 trains per day that use three sets of tracks.

After numerous discussions between the City of Mississauga, the City of Brampton and the Province, Goreway Bridge has finally been approved with a cost of $40 million split between the two cities. 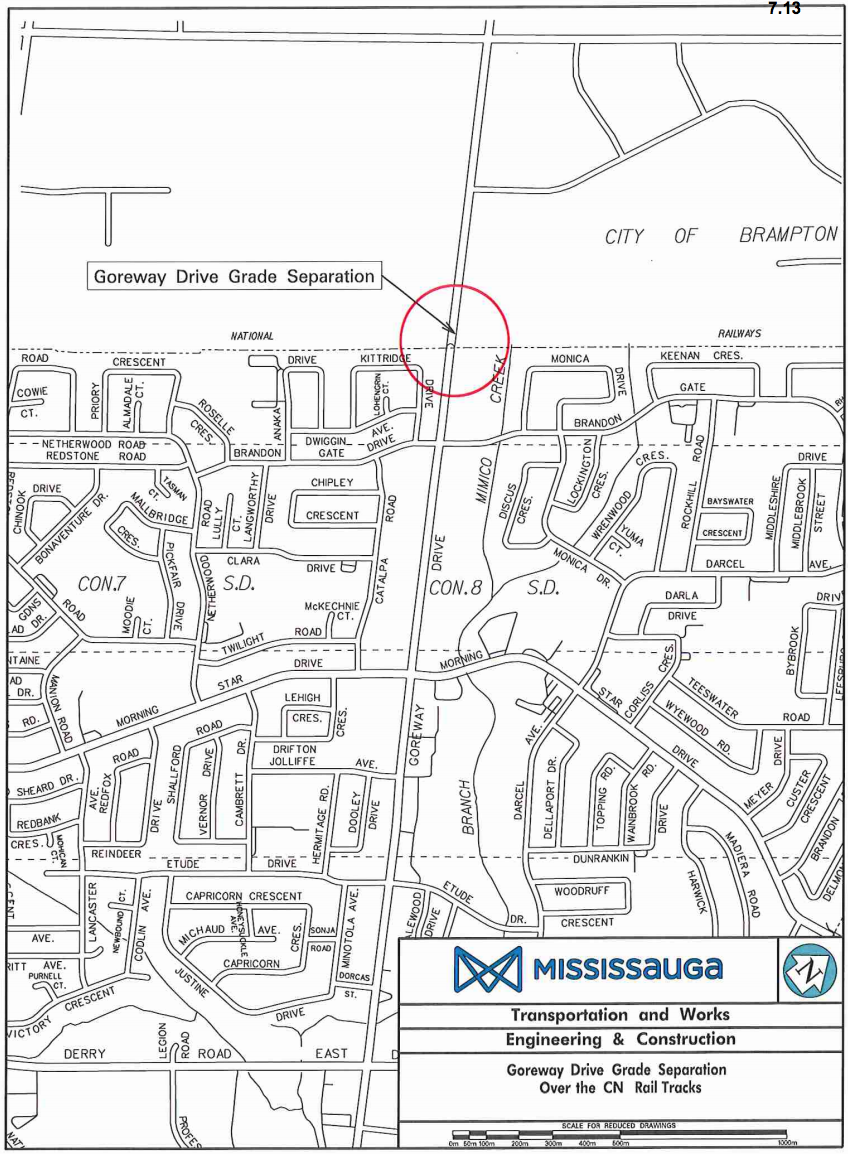 Councillor Carolyn Parrish of Ward 5 has worked to spearhead the development of this project since being elected as councillor in the Britannia and Malton region.

Part of the reason for delays was the unknowns of who owned the land and the complex history of ownership. The issue of the Goreway Bridge has passed through the hands of at least four other councillors, with the issue never being resolved.

"When I was elected... I promised to get to the bottom of the mystery as to why the bridge was constantly being delayed. After considerable research I found the land on the Brampton side of the tracks was owned by the Province of Ontario," says Parrish.

"They had confiscated it from the former owner because of a huge backlog of employment and other HST related tax arrears. They had put it in the hands of the provincial realty services to auction off at the highest price they could get to balance the account owed."

The City of Mississauga will pay for the $20 million using the capital budget that has allocated for the construction over several years. The cost has increased by $19 million due to delays.

Here is a short outline of the capital budget and cash amounts that was shown in a General Committee meeting back in 2016.

The Goreway Drive Grade separation is a multi-year project that will be led by the City of Brampton.

The construction of the bridge will actually occur on Brampton's side of the tracks and the City of Brampton was required purchase the land needed to widen the and reroute any traffic. Construction for the project will begin in Spring 2019 and Goreway will be completely closed to prevent additional delays. Signs have already been put up in Malton to show the road closure. 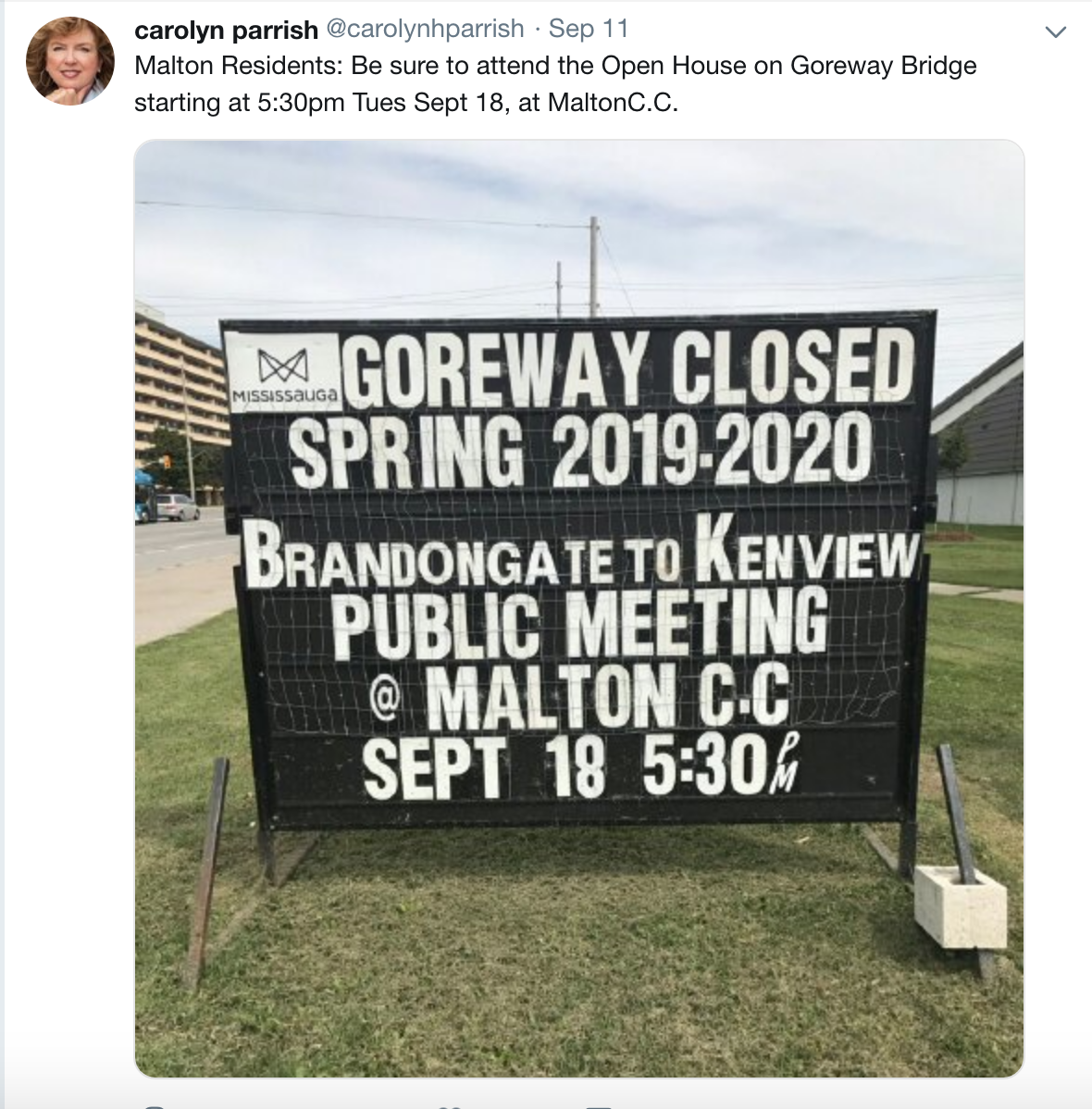 The announcement regarding Goreway Bridge took place in September of this year at a public meeting.

For those who aren't aware of how long this project has been in the works, the initial municipal class environment assessment for the improvement to Goreway Drive from Brandon Gate Drive to Steeles Avenue was completed in 2007 as a joint venture between Mississauga and Brampton.

It was that study that showed a recommendation that a road grade separation of Goreway over the CNR tracks be constructed.

"I don't make election promises and then walk away from them. But this one was very, very difficult to keep. It required a great deal of persistence and a few friends in Queens Park and Brampton City Hall. But we're finally on our way," says Parrish.