It looks like it was over before it even began.

Last summer, Anchor Bar, a resto with the tagline "The Original Buffalowing," officially opened its doors in the Hurontario and Eglinton area in Mississauga.

Now, just a few months later, it appears to have closed. 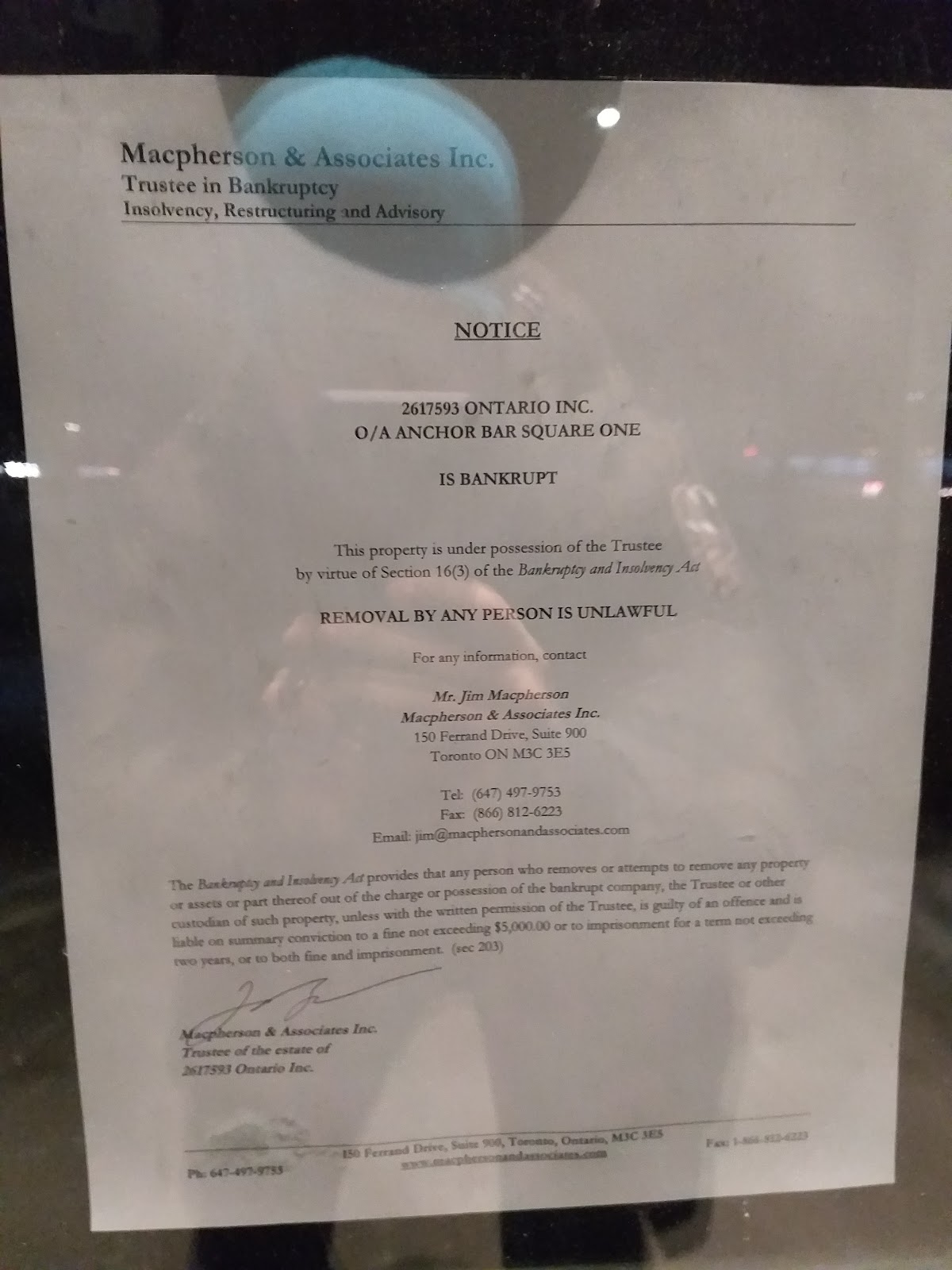 A notice, which recently appeared on Anchor Bar's door, indicates that the restaurant (or at least this particular location) has gone bankrupt.

The notice, written up by Macpherson & Associates Inc., say the property is under the possession of the trustee by virtue of section 16(3) of the Bankruptcy and Insolvency Act.

An Anchor Bar representative says the location closed about two weeks ago.

The restaurant generated some buzz when it took over the space once occupied by Stir Kitchen and Beverage Co., a nightlife spot that was working to fill the void left by the once bustling Crocodile Rock by offering diners a one-stop-shopping mix of higher-end casual dining and nightlife.

Stir shuttered its doors for good in 2017.

While the Mississauga location is no more, Anchor Bar is still operating restaurants in Canada, including one in Dixon Road in Toronto, one in Burlington and one in Waterloo.

Did you ever get a chance to check out Anchor Bar in Mississauga?

5 unbuilt projects that could have changed...
Top 5 Chicken on the Rocks in Mississauga
Five fun things to do this weekend that are...
Top 5 chicken sandwiches in Mississauga
5 fun ways to make the most out of your...
END_OF_DOCUMENT_TOKEN_TO_BE_REPLACED