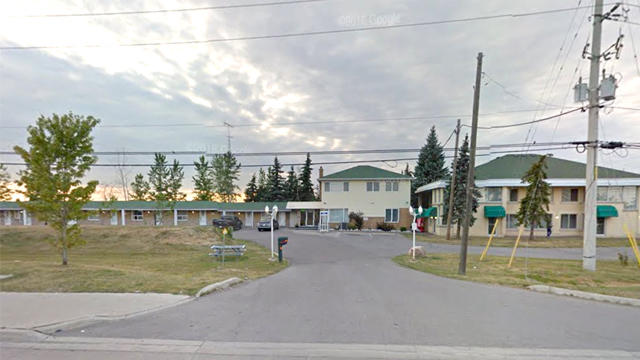 This month, the Region of Peel approved the name of the interim youth shelter that just opened in Brampton. While the 905 (and suburbs in general) were never closely associated with poverty in the past, activists and community advocates have worked hard to increase awareness of the growth of poverty in Peel.

On Monday, Jan. 30, the region officially opened a 30-bed shelter intended to serve the needs of both male and female youths between the ages of 16 and 24.

“This is the first, dedicated youth shelter in Brampton; in addition to accommodation it will offer supports to assist youth in moving forward with their lives in a positive way”, said Janice Sheehy, Commissioner of Peel’s Human Services department, in a statement.

Now, youth accessing the shelter will be able to access a number of services, including:

According to a recent United Way report, poverty affects 17 per cent of people and families in Peel (Mississauga, Brampton and Caledon). The report notes that, on any given day, over 222,000 people experience poverty and struggle to afford housing. When it comes to youth displacement and poverty, the problem is serious.

United Way’s report points out that the organization’s Our Place Peel youth shelter helped 247 young people in 2015. While that’s certainly a good thing, the shelter had to turn away 457 youths due to lack of emergency beds.

Starting now, Brampton and other Peel youth can access the interim shelter—located at 3458 Queen Street East—and remain there for anywhere from one day to several weeks while support workers either help them repatriate with their families or find alternate accommodations.

According to the region, the shelter will accommodate youth in two buildings and is located on the north-west corner of Queen Street and Goreway Dr in the old 7 and 7 Motel location. The location is close to public transportation, so it should be easy for people in Brampton and Caledon to access.

While the shelter has opened to much fanfare, a lot of people weren’t truly aware of how necessary it was.

“[We were involved in] identifying the need and gap around youth homelessness in Brampton,” says Anita Stellinga, vice-president for community investment with the United Way of Peel. “As we looked at data and poverty rates across Peel and identified poverty as something to tackle, we were aware of the gap and we were sharing that info with our stakeholders and partners. It was a collective effort between us and the region and municipalities.”

While poverty in general is a growing concern in Peel, youth homelessness and displacement is particularly concerning. According to 2011 data, Brampton has a child poverty rate of 16 per cent.

In an earlier interview with insauga.com/inbrampton.com, Carol Kotacka, vice-president, stakeholder relations and public affairs with the United Way of Peel Region, said that Peel is a growing urban centre with urban issues that it’s not yet equipped to face.

“It’s a growing urban center with the usual social issues,” she says. “There are [financial] challenges for newcomers, seniors, young people, minorities and single mothers. These people tend to be paid less and this drives the cycle of poverty. Also, many people have built middle-class lifestyles on manufacturing jobs and the downturn in that industry has hurt people. A lot of people are also precariously employed, working multiple part-time jobs or contract positions. Wages are stagnant and food and rent are more expensive.”

While those issues tend to affect adults, youth are often displaced because of strife and instability in the family. Financial hardship can strain relationships and other issues, such as mental illness and addiction, also push people into poverty and, at this point, Peel does not yet have all the necessary resources to reach out to and treat people (of any age) fighting drug and alcohol dependencies and disease.

“Peel is lacking social services,” Kotacka says. “Funding for these programs has not kept pace with population growth.”

According to United Way’s report, the unemployment rate for black youth in Peel is 30 per cent — 10 per cent higher than the general youth unemployment rate. On average, black workers earn about 76 cents for every dollar a white worker makes. The report notes that young black people report feeling “unwanted, devalued and socially isolated.”

For this reason, organizations have pushed for more resources for people–especially vulnerable young people in Brampton and surrounding areas.

“We were in the right place at the right time, and regional council was very supportive in identifying a solution and they worked with staff closely and moved quickly to identify the temporary shelter first,” says Stellinga.

Stellinga said the overall child poverty rate in the region is about 20 per cent and that 17 per cent of the general population would be considered low-income earners. That means that approximately 66,000 children in the region of Peel struggle with poverty.

“Seventeen per cent is higher than the provincial and national poverty rate. This is hidden in our community, it’s not visible,” she says. “We [did a study to look] at neighbourhoods in Peel and identify homelessness and people at risk of homelessness. We conducted a survey to find out how to support them. We found contributing factors [to homelessness in the region] were related to family breakdown, loss of employment, violence, abuse and trauma. It’s never one single thing that leads to poverty, it’s a combination. It’s important that we address it and find solutions.”

As for why Brampton in particular was chosen as the site of the interim (and, eventually, permanent) shelter, the city was ideal because it did not offer this sort of space for youth.

“Brampton was chosen because there wasn’t one in Brampton. There’s just one in Mississauga, Our Place Peel. It only has 14 beds.”

In terms of shelters in Peel, the region offers the newest shelter, the aforementioned Our Place Peel and Peel Youth Village (also located in Mississauga). Peel Youth Village offers space for up to 48 young people referred to the organization by social service, healthcare or educational agencies in the region. While the residence is incredibly important, it caters to residents who have a source of income or who qualify for Ontario Works assistance.

“Peel Youth Village has about 40 or so transitional beds that can be used for up to a year, it’s meant for youth about to go to school or work,” Stellanga says.

To give some perspective, there are over 500 transitional beds available in Toronto shelters.

“Our Place Peel has to turn away youth, and we know it’s already hard to get [to Mississauga] from Brampton. Youth were going to Toronto or back into dangerous situations that weren’t appropriate for them. The sense was that there were needs in Brampton that weren’t being addressed.”

While the need for a Brampton youth shelter has existed for some time, the region and its municipalities have been actively working towards providing more spaces for vulnerable youth.

Back in April 2016, regional council endorsed the region’s recommendation to open a dedicated youth shelter in Brampton to “continue to meet its goals of reducing poverty and increasing stable employment.”

According to the region, the shelter will initially house youth currently staying at adult facilities and will be accessible through the Region of Peel’s online shelter access tool located here.

As far as services at this facility go, residents can expect:

While the new shelter is definitely a positive development, Stellanga says the region must still work to combat poverty, homelessness and displacement before people end up in transitional housing.

“I think this is an excellent start and we need to see where this takes us and we need to build prevention and early intervention supports,” says Stellinga. “It’s a long-term thing. Shelters are important, but they aren’t the only thing to help address and alleviate the situation. We have to start at an early age and support kids and give them access to social and recreational resources. People need to know good strategies and how to cope. Waitlists for mental health support in Peel are significant. People need resources, they can’t wait a year or more. The focus is looking at the big picture.”