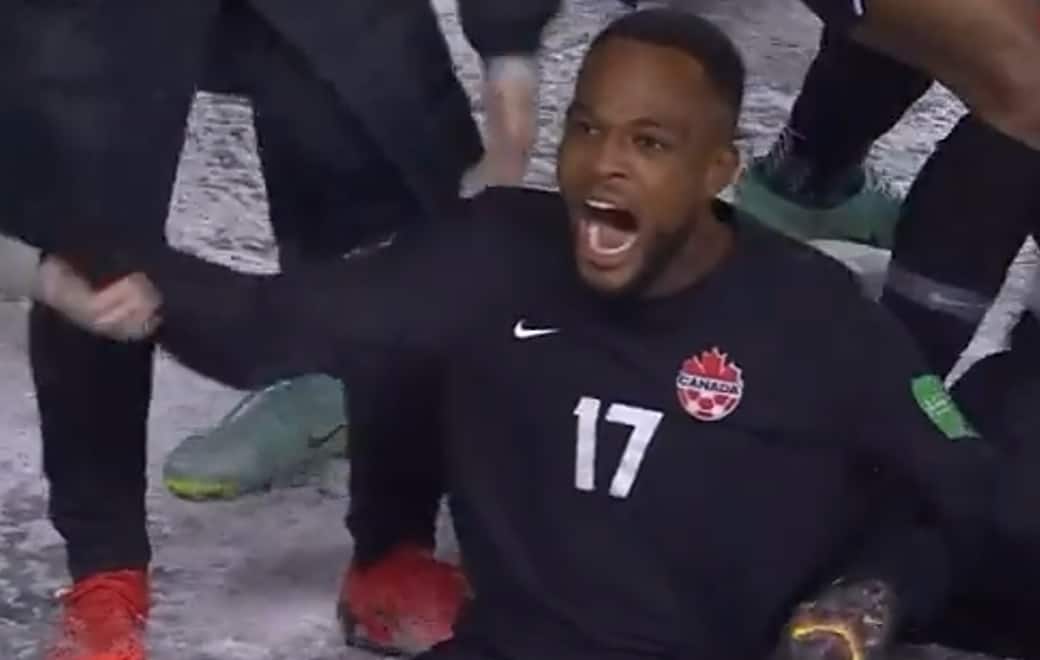 Cyle Larin got the icebreaker in Iceteca, and did not wait long to give Canada some more cushion to confidently take down Mexico in a crucial World Cup qualifying match.

The Brampton soccer star scored the game’s first two goals as Canada defeated CONCACAF power Mexico 2-1 at a packed Commonwealth Stadium in frigid Edmonton. The victory moves Canada, which is trying to qualify for its first World Cup in 36 years, into top spot in the CONCACAF group. Canada (4-4-0) is atop the table with 16 points from eight matches, ahead of the United States (15 on a 4-3-1 record) and Mexico (14 on 4-2-2).

The win was Canada’s first against Mexico in over 21 years, and just its fourth in 38 tries all-time. The result also further solidifies Canada’s chance of finishing in the top three of the group and qualifying directly for the 2022 World Cup in Qatar.

The last six matchdays begin in late January. The fourth-place team out of CONCACAF will get a second chance in an inter-confederation playoff.

Larin’s goals gave him 22 career international goals, pulling him level with Major League Soccer great Dwayne De Rosario for No. 1 on Canada’s career goals list. The Brampton youth soccer grad has scored 14 of those this year alone, the most of any player in CONCACAF.

Larin, one of a bevy of Bramptonians in Canada’s starting lineup, sent the stadium into a frenzy with a goal during first-half stoppage time. Midfielder Alistair Johnston intercepted a Mexico clearing attempt, retrieved the ball and levelled a low shot that goalkeeper could not smother Guillermo Ochoa. Larin beat a defender to the juicy rebound and pounced to open the scoring.

In the 51st minute, midfielder Stephen Eustáquio got a free kick. He played a looping cross into the six-yard box, which Larin softly right-footed by Ochoa.

History was made on the frozen pitch of Commonwealth tonight. 2-1 win over Mexico, first place in the final group at the mid-point, Larin ties DeRo for most international goals, Hutchinson passes de Guzman for most caps. Destiny indeed! Go Canada!!!

Canada needed that second goal, since Héctor Herrera would pull a goal back for Mexico in the 90th minute.

Goalkeeper Milan Borjan, a Hamilton native, held down the fort in goal.

The final six matchdays in qualifying are scheduled for January. Canada resumes its campaign on Jan. 27 at Honduras, and hosts the United States on Jan. 30. The location for that match has not been announced.

Table with Canada at the top! pic.twitter.com/jrxDPxNSPE

The nation’s only appearance in the men’s World Cup came in Mexico in 1986.