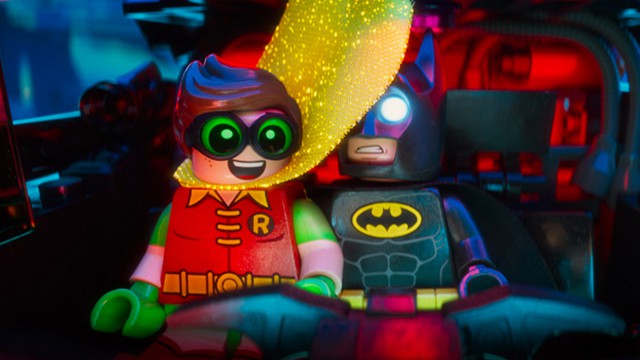 There’s been many iterations of Batman and Robin over the years.


There’s been many iterations of Batman and Robin over the years. You might remember Adam West and Burt Ward or even George Clooney and Chris O’Donnell–but the most fun pairing has to be Will Arnett and Brampton’s own Michael Cera in the upcoming Lego Batman movie, which is opening in theatres this Friday.

The spin-off from the hugely successful 2014 Lego Movie has the caped crusader on a personal journey to find himself, while learning the importance of teamwork and friendship, all while fighting off a hostile takeover of Gotham perpetrated by the Joker.

Cera, who attended Heart Lake Secondary School in Brampton, is best known for his roles as George Michael Bluth in the cult-favourite television show Arrested Development and Evan in Super Bad. He brings a sense of innocence to the Robin character, who is portrayed in the film as an orphan in need of a father figure, whom he sees in Bruce Wayne/Batman.

He recently told ET Canada that he grew up being a fan of Batman, in particular the Adam West version. He mentioned how he would dress up as the character as a kid in home videos and pretend to fight crime.

This will not be the last time we hear his voice in 2017, as Cera will be lending his voice next as the main character in the computer-animated action comedy film entitled “Blazing Samurai,” which follows a scrappy young dog’s quest to become a a samurai and save his hometown.

The Lego Batman Movie hits theatres this Friday and has a 97% Tomatometer rating! . Check your local listings for showtimes.