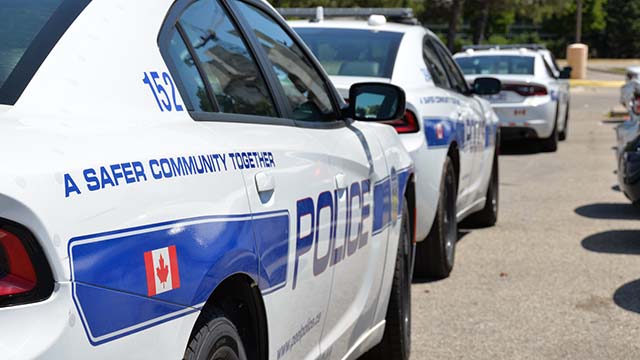 Police have a male youth in custody after a crash in Brampton.

Around 11:35 a.m. on Monday (March 7), Peel Regional Police say officers were called to the area of Newhaven Manor and North Park Drive in Brampton for reports of a single vehicle collision.

Police say a the vehicle had crashed into a pole and multiple males wearing dark coloured clothing were seen fleeing the area.

The vehicle was abandoned after the crash, but police have one male youth in custody and are searching for the other individuals.

A police spokesperson said there are no road closures related to the crash but said there may be traffic delays in the area while police investigate the crash.