Brampton University gets greenlight to restart work from new council 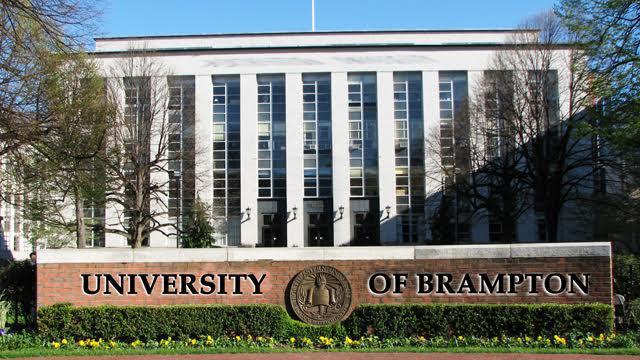 Brampton is back in the university business after a City Council vote to restart work on Brampton University in hopes of bringing post-secondary institutions to the city.

The new term of Brampton City Council had its first meeting last week, and one of Mayor Patrick Brown’s first orders of business was resurrecting the City’s sometimes controversial university advocacy.

Brown put forward a motion that City staff “be reauthorized to undertake engagement in University Advocacy for the City,” undoing a previous decision by the previous council to freeze all work on Brampton University following months of heated debate on the project in council chambers.

BramptonU was put on hold after council learned more than $629,000 of taxpayer funds were paid to consultants. Much of the work paid for under the project has never been identified, and an audit of the project found consultants had links to both the mayor and Coun. Rowena Santos.

But that audit was cancelled in a motion by Brown before work was completed. The auditing firm said in its draft report that it had a number of interviews left to complete before the plug was pulled, including with BramptonU consultants Rob Godfrey, who is a personal friend of the mayor, and Daivd Wheeler, and a former teacher and mentor of Santos’.

Santos had previously cleared her connection to Wheeler with the City’s integrity commissioner prior to the audit draft report’s findings.

The BramptonU website calls the project “a process to bring a full university to Brampton.”

“The goal for BramptonU is to transform it from a process into a living, breathing university, offering leading undergraduate and graduate degrees in skills to prepare for in-demand jobs of the future,” the website reads.

Gary Collins, a spokesperson for Mayor Brown, said the motion will see an end to City staff “putting pens down” on Brampton’s university advocacy.

“The previous University advocacy under Brampton U resulted in the City getting a medical school and Mayor Brown is not going to stop there,” Collins told Insauga. “He will keep advocating for our own University.”

Collins said no funds were requested through the advocacy motion “as the submission to the province was already completed.”

The draft report found there was “a potential conflict of interest for Councillor Santos” on the university project due to her ties to Wheeler. Santos and Brown have both called the audit a political “witch hunt,” while former councillor Jeff Bowman called Brown’s motion to cancel the investigation “a cover up.”

Mayor Brown has been steadfast in his desire to bring post-secondary institutions to Brampton, despite questions around how and when consultants were paid.

Brampton’s university dreams took a blow last month when a proposal for University of Guelph-Humber to bring its campus to the city was scrapped by the university “due to space constraint issues” at the City’s planned Centre for Innovation (CFI).

“We heard from residents very clearly during the election that they want a University in Brampton,” Collins said. “Residents were livid that political games against Councillor Santos by now defeated or retired Councillors resulted in this key project being sidelined.”

Councillors Pat Fortini and Martin Mederios, who have both been outspoken about their concerns with the cost of the university project, voted in favour of the mayor’s motion. Collins said the mayor “is very glad the new Council is being more ambitious and agreed to push for a University unanimously.”